The tournament favourites must now wait 24 hours until they find out whether they will play England or Croatia in Sunday's final. 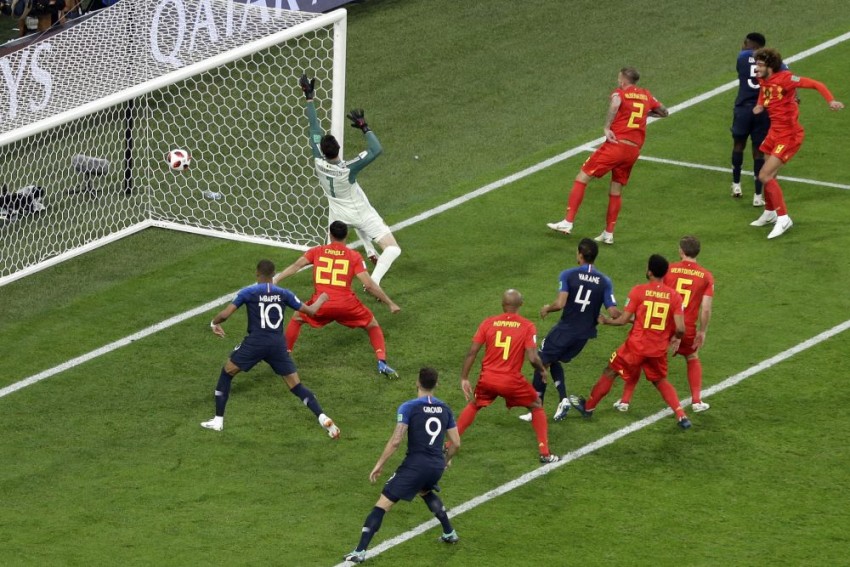 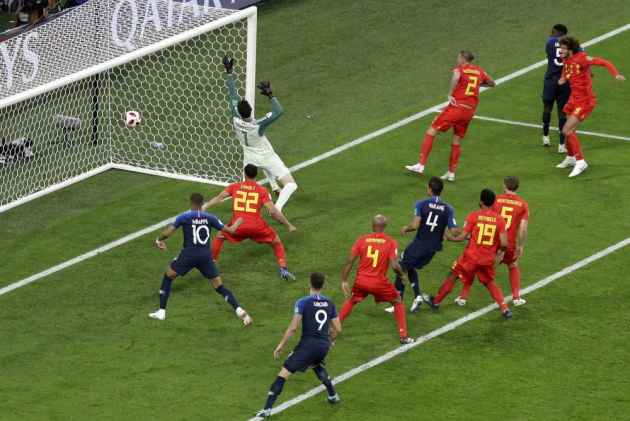 Samuel Umtiti headed France into the World Cup final on Tuesday as Didier Deschamps' side stayed on course to repeat their triumph of 1998 after overcoming a vibrant Belgium team 1-0.

The tournament favourites must now wait 24 hours until they find out whether they will play England or Croatia in Sunday's final in Moscow's Luzhniki Stadium but they will approach the game full of confidence.

Belgium started the stronger of the two teams in Saint Petersburg but Umtiti's header from a corner in the 51st minute forced the crucial breakthrough as the defender stole the limelight from jet-heeled Kylian Mbappe and Antoine Griezmann.

France's other hero was goalkeeper Hugo Lloris, who made a spectacular save in the first half to deny Toby Alderweireld and then kept out Alex Witsel's drive as Belgium cranked up the pressure towards the end of the match.

France coach Deschamps said he was delighted to have the chance to bury the pain of the Euro 2016 final, which his side lost on home soil.

"I am very happy for my players," Deschamps said. "It was hard against a very good Belgium team. I take my hat off to my players and my staff."

Deschamps added: "Finals have to be won because we have still not got over the one we lost two years ago."

Thousands of people celebrated the victory on the Champs-Elysees avenue in Paris, letting off smoke flares.

France started the tournament in Russia slowly, struggling for goals in the group stages but hit their stride in an impressive 4-3 victory against Lionel Messi's Argentina in the first knockout round.

Boasting an impressive combination of experience and youthful zest, they controlled their quarter-final against Uruguay, running out comfortable 2-0 winners.

The defeat is painful for Belgium, foiled at the semi-final for the second time in their history, as the clock ticks on their so-called "golden generation".

Captain Eden Hazard dazzled in patches but Kevin De Bruyne was quiet and Romelu Lukaku was a shadow of the player he had been earlier in the tournament, even though Belgium dictated possession.

England face Croatia on Wednesday in the Luzhniki, seeking to reach their first World Cup final since 1966 against a background of near hysteria at home.

Manager Gareth Southgate said his inexperienced side must look to perform at their "regular level" despite the pressure.

Captain Harry Kane is leading England's charge with six goals so far, putting him top in the race for the Golden Boot.

England are in the last four of a major tournament for the first time since Euro '96, when Southgate himself missed a penalty in a shootout defeat against Germany.

He is now trying to minimise potential distractions as his young team prepare to take the next step in their bid to repeat their 1966 World Cup triumph at home.

"We're going into a semi-final but it just seems like it's the next step on the journey," he said.

"So we're excited about the future but we also want to make the most of the opportunity we have tomorrow."

Croatia defender Dejan Lovren believes his tired team are ready to seize the opportunity of a lifetime.

It is the first time since 1998 that the nation of just over four million people have reached this stage of the competition, after they eliminated Russia in a penalty shootout at the weekend.

There are concerns that fatigue could be a factor for Zlatko Dalic's side, given they were forced to come through 120 minutes and penalties against both the hosts and Denmark in the last two rounds.

However, Liverpool centre-back Lovren does not think that will be a factor.

"I am perfectly ready and fit and I can say the same for my teammates. We know what it takes and in such moments you forget any fatigue you may feel," said the 29-year-old.

"This is maybe a once-in-a-lifetime opportunity. It may repeat itself once, maybe never."

Croatia lost to hosts France in the semi-finals 20 years ago in their first World Cup as an independent nation, going on to beat the Netherlands in the third-place play-off.

Dalic admitted that trying to outdo the achievements of that great generation was a driving force for his team, skippered by the brilliant Luka Modric.