Apart from emphasizing on France's willingness to help India in strengthening their defense industrial base upon requirement, Defense Minister Florence Parly also said that they are also supporting further integration of Indian manufacturers into global supply chains. 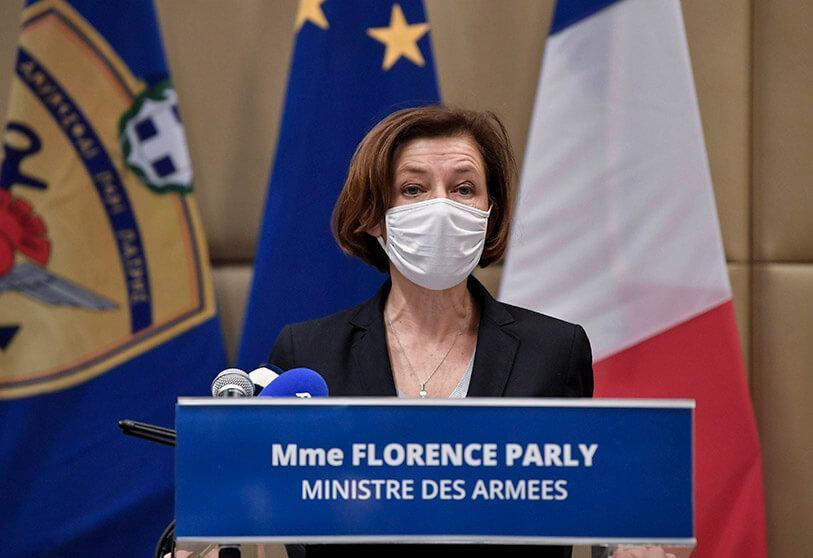 French Defence Minister Florence Parly said on Friday that France is ready to provide additional Rafale fighter jets to India if required,  while ementioning that the use of the same aircraft by the two strategic partners is a reflection of "real asset and strength" in their ties.

Parly, on a visit to India, also said that France is fully committed to supporting the 'Make in India' initiative and further integrating the Indian manufacturers into its global supply chains.

The French defence minister made the comments at an interactive session organised by Ananta Centre on India-France cooperation.

Friendly Powers Joining Hands Is The Only Way To Rule Out 'Hegemony' In Indo-Pacific: France

"I am very happy that the Indian Air Force is satisfied with its Rafale and we are very proud that despite Covid, the 36 aircraft will be delivered on time according to the contract, it is a real achievement," she said in response to a question.

"Using the same aircraft is a real asset and strength. I am sure that there is room for new developments. We are ready to answer any additional needs of request that could be made by India," she said.

The French embassy on Thursday said a total of 33 Rafale jets have already been delivered to India as per schedule despite the Covid-19 pandemic.

India had signed an inter-governmental agreement with France in September 2016 for the procurement of 36 Rafale fighter jets at a cost of around Rs 59,000 crore.

The French minister also referred to India's planned induction of a second aircraft carrier and indicated that France will be interested to supply the carrier-based jets.

"We know that the aircraft carrier will soon be (there)...that aircraft are needed. We are open and ready to provide any other Rafale if this is India's decision," she said.

India's first indigenous aircraft carrier (IAC) Vikrant is scheduled to be inducted into the Indian Navy by August next year.

In her comments, Parly said France and India are both "viscerally committed" to national sovereignty and independence.

"I think that our industrial partnership is proof of that. France, more than any other country, understands the necessity of the Indian content. And we are fully committed to the 'Make in India' initiative, as well as to the further integration of Indian manufacturers into our global supply chains," she said.

Parly said 'Make in India' has been a reality for the French industry for several years, particularly for defence equipment such as submarines.

Later, the French defence minister held wide-ranging talks with her Indian counterpart, Rajnath Singh, with a focus on further enhancing bilateral defence and security cooperation between the two countries.

The defence and strategic ties between India and France have been on an upswing over the last few years.

It is learnt that France was pitching for starting negotiations for procurement of another batch of 36 Rafale jets by India.

The Rafale jets are India's first major acquisition of fighter planes in 23 years after the Sukhoi jets were imported from Russia.

The Rafale jets are capable of carrying a range of potent weapons. European missile maker MBDA's Meteor beyond visual range air-to-air missile and Scalp cruise missile will be the mainstay of the weapons package of the Rafale jets.