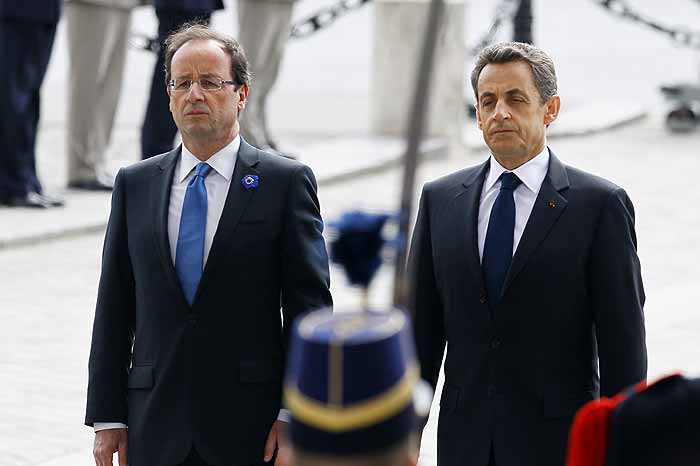 The victory of the Socialist François Hollande for the presidency on Sunday represents the biggest popular rejection of the austerity program introduced in the European Union in response to the economic crisis that struck in 2008 and has lingered since.

Having picked a new president, France now proceeds to elect a new legislature. The month leading up to the poll for the National Assembly at the beginning of June will be a testing time not only for France but also for Europe as a whole. The question is whether the legislative election will give Hollande added backing to press his case that austerity is not enough, Europe needs is a “compact for growth” fuelled by state spending.

There is no mistaking the growing strength of the anti-austerity camp. A parliamentary election in Greece on the same day as the vote in France delivered a clear rejection of the draconian rescue package imposed on the country by the European authorities. In the Netherlands, the coalition government has broken up on the issue of austerity. In Britain, the Conservatives suffered a drubbing at local council elections last week as voters protested against the government’s economic policies.

Incumbent administrations have in general done badly at European elections this spring including the Socialist defeat in Spain. So the defeat of Nicolas Sarkozy after five years in the French presidency was no surprise, especially since he evokes widespread popular rejection for his acerbic personality as well as some policies. In contrast, Hollande projects himself as Monsieur Normal who will scale down the quasi-regal presidency installed by Charles de Gaulle in 1958 to fit his own towering stature.

Though he made his career as a Socialist Party manager, Hollande is no revolutionary— a much more hardline party outflanked him on the left to take 11 percent of the vote in the first round of the election last month. His program, including restoring the retirement age from 62 to 60 and a big boost in state spending with the stress on education, fits nicely into France’s comfort zone. He campaigned under the slogan of the need for changes, but quite a bit of what he pledges involves turning the clock back. It took a Charles de Gaulle to impose economic rigor that led to strong growth on France, and that was at the end of the 1950s with a more compliant citizenry.

Hollande points to how some other European leaders have joined him in talking more about growth recently as a sign that he is riding the crest of a wave launched when he became his party’s presidential candidate. His entourage insists that he is a moderate figure, a pragmatist who will reach accommodation with tough-minded German Chancellor Angela Merkel. There is thus no need, they say, to fear a rerun of the disastrous early period of the last Socialist president, François Mitterrand, with its populist policy resulting in soaring inflation, yawning trade deficit and two devaluations. Markets can sleep easy with the new occupant of the Élysée Palace, and on the Monday after his victory, the Paris bourse did indeed rise. In this cheery scenario, Hollande will be the reasonable leader who leads Europe to sunnier days.

A nice vision, but there are distinct pitfalls ahead. Given the grouchy mood of Germany’s voters, fed up with paying to prop up other EU countries, Merkel’s room for softening has limits, considering she faces federal elections next year. Bond markets may be willing to give Hollande breathing space, but they’ll remain watchful. To keep up with the left-wing momentum for the legislative elections, the new president cannot adjust his rhetoric in a country enduring an existential crisis, as Germany’s steady political rise undermines the primacy of Paris established by de Gaulle half a century ago.

Hollande stresses the need for national unity, for left and right to work together through the crisis. But almost one-third of electors in the first round of the presidential election cast their ballots for parties that reject the European Union in its present form— Communists and Socialists to the left and, most important, the far-right National Front. Under Marine Le Pen, it took 18 percent of the vote and will fight tooth and nail in the legislative campaign to establish itself as the rising opposition force to the new president and steal ground from the mainstream right.

A full-fledged split between a Keynesian France and austerity-minded Germany is unlikely, if only because of the immense damage it would do to both. But Hollande’s success, even if his victory margin of 3.3 points was smaller than suggested by many polls, is bound to underscore the plight in which Europe finds itself.

Austerity has hardly begun to bite and will be painful in a country like France with its low growth rate, high unemployment— nearly 10 percent and much more among the young— social strains, sharp divisions in material well-being and the explosive issue of immigration from Africa. Hollande’s recipe of spending money which European governments do not have on infrastructure projects which countries do not need in this hour of trouble is hardly a sensible recipe to escape a crisis brought on by decades of overspending and political evasion.

The appeal of extremes, not just in France but in the Netherlands and elsewhere, is set to grow as life becomes harsh. France has not had a balanced budget since 1974, and a succession of leaders have assured citizens that they could continue to live a charmed existence safe from the laws of economics and global markets, able to avoid the reforms which Germany undertook under the Social Democrat governments of Gerhard Schröder.

The problems reach far beyond France. The eurozone crisis that had been latent for a couple of years but broke forth in full volume in Greece in 2010 remains unsolved and is likely to erupt at regular intervals. Growth in the common currency zone is, at best, sluggish and depends on the solidity of the German economy. On the world stage, Europe manages to punch below its weight, speaking with multiple voices.

If starting with a clean slate, the continent might be able to evolve policies reconciling healthy public finances with growth. The trouble is that Europe has anything but a clean slate and harbors an understandable desire not to take the pain that comes with enforced belt-tightening. That sets up the prospect of a clash that goes beyond economics and reaches to the fundamentals of the peaceful post-1945 consensus in the democratic nations of Europe.

If the unelected bodies in Brussels and Frankfurt continue to preach austerity and markets insist on it as the price for affordable loans while voters go the other way, a confrontation is inevitable— a conflict between the supranational authorities and democracy that hastens the rise of extremist parties. Hollande has enabled France to feel happier this week, but his victory can only encourage voters to evade reality yet again. Beguiling as this may be, the price has to be paid in the end.

Jonathan Fenby is author of The General: Charles de Gaulle and the France He Saved. Rights:Copyright © 2012 Yale Center for the Study of Globalization. YaleGlobal Online