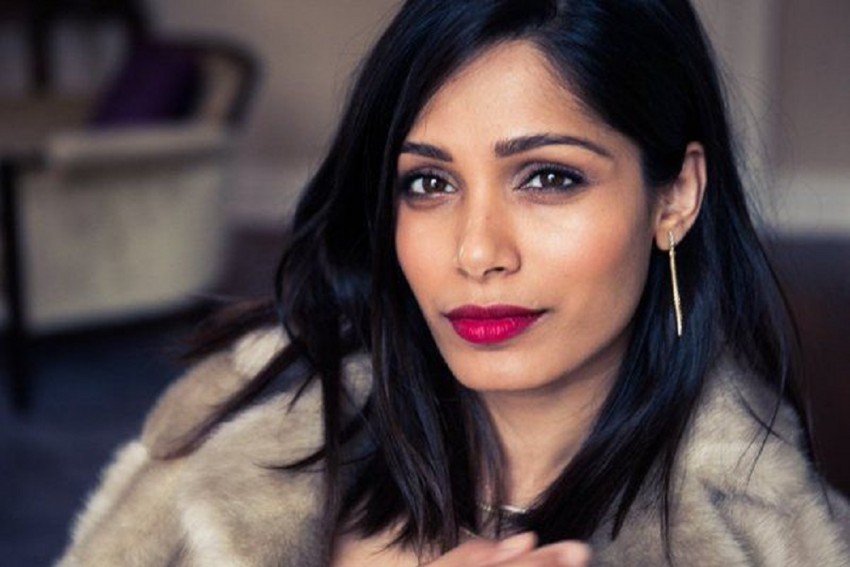 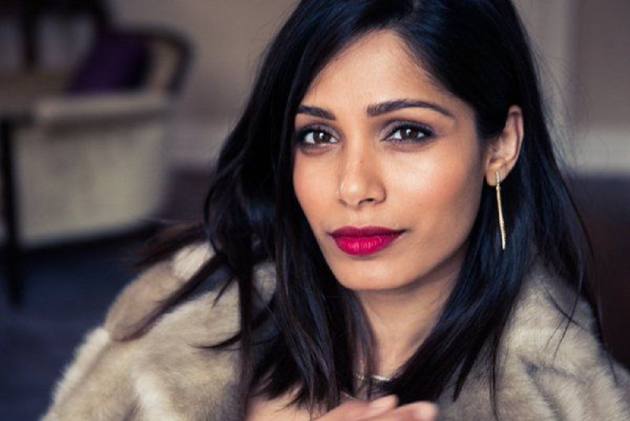 For an audience that has grown up with the peppy and lyrical "Jungle jungle pataa chala hai..." from a TV version of The Jungle Book, the creative team behind Andy Serkis' adventure fantasy film Mowgli is under pressure to make the movie acceptable in India with its darker theme, said actress Freida Pinto.

In India ahead of the release of forthcoming film, Tabrez Noorani's Love Sonia, which delves into the dark world of child sex trafficking, Freida says there's not much she can tell about Mowgli as yet.

"All I can say is there's a nice little surprise there for the Indian audience. It's a film that I am very proud of, and also because it's a story we all grew up on.

"What the makers of 'Mowgli' have actually realised is that the pressure of making the film acceptable in India is definitely high because we grew up on that 'Jungle jungle pataa chala hai' (theme song)... But the film is definitely going to have to impress the Indian audience and I think they have just the right amount of creative mixture in that for doing so,"said Frieda.

Serkis has already made it clear that his version of the story is not a fairy tale, and that the audience should not expect singing and dancing animals in the film, which is about human child Mowgli who is raised by a wolf pack in the jungles of India.

The movie, which will see Freida play Messua, has been acquired by Netflix for release in 2019.

"Fingers crossed," said Freida, whose role as Latika in Danny Boyle's Oscar-winning Slumdog Millionaire opened the doors to international cinema -- not just for her, but for a whole lot of Indian talent.

Slumdog Millionaire was the pioneer. The film opened people's eyes and gave them enough curiosity about India and the fact that it's so full of talent in every sphere. So, I first of all credit the film and not me for having opened the first bunch of doors.

Ever since, she has collaborated with directors like Woody Allen, Michael Winterbottom, Rupert Wyatt and David O Russell on films that have appealed globally.

"As a person who was first out there in the West, I was like 'Oh my God, for people to accept me, I would have to be written as an American Indian or American woman'. But now I look at it differently.

"I want to be accepted for what you see. And what you see in front of you is an Indian woman with brown skin, she's modern, she can transform herself into various characters and is an actor who has got enough credibility, so write roles with respect to that, as opposed to roles that need to be a white person.

"I am not trying to be a white person. I don't want to be one because we need representation for brown people," added the Mumbai-bred actress.

She finds the scenario taking a positive turn with the success of a film like "Crazy Rich Asians", featuring a majority Asian American cast.

"It becomes even more evident that if you have a good way of telling stories, a way that actually engages the audience, it doesn't matter what part of the world it's coming from. If it's done well, you will get a successful movie, and that's exactly what Crazy Rich Asians has done at the moment. It is very successful.

"I am yet to see a film with an all-Indian ensemble cast. It has not happened yet and hopefully it will happen sometime in the near future. I think we're not yet there, but we are getting there. They are showing us Indian storytellers and actors how it's done," Freida asserted.

She believes a project like "Sacred Games" is a "right move" to get the West to open up to stories from our part of the world.

"We have to be authentic. You can't want to be a white person in order to be accepted in the West. You have to be yourself."

With Love Sonia, an India-set story about a global reality, the attempt is just that.