The latest deaths brought to 709 the number of civilians killed since regime and allied Russian forces intensified their campaign against Eastern Ghouta in February. 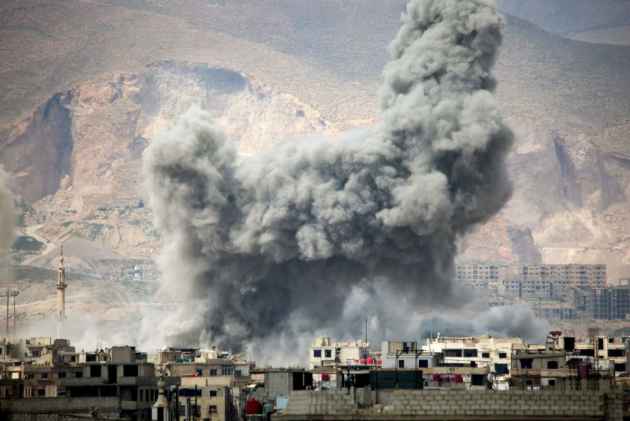 The Syrian Observatory for Human Rights said barrel bombs -- crude, improvised munitions that cause indiscriminate damage -- were used, including on the town of Hammuriyeh, where 10 people were killed.

The latest deaths brought to 709 the number of civilians killed since regime and allied Russian forces intensified their campaign against Eastern Ghouta in February.

According to Rami Abdel Rahman, the head of the Britain-based Observatory, at least 166 of them were children.

The deadly raids, as well as other strikes and rocket fire elsewhere in Eastern Ghouta Monday, came as the battered enclave awaited a convoy of humanitarian aid from the United Nations.