Questions are being raised over the procedure followed in admitting Richa Singh to the university almost two years ago. 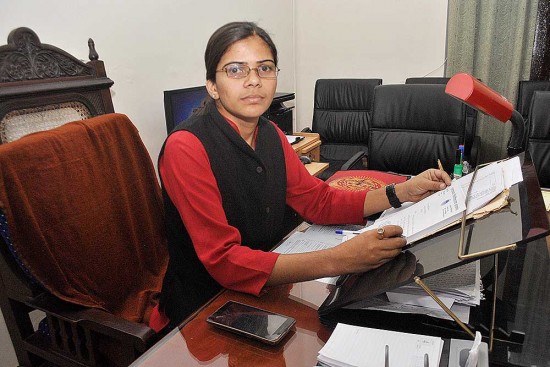 Far from the JNU and Kanhaiya Kumar, the apple of the Capital's liberal eyes this week, another student leader is fighting a tough battle for justice and rights—and facing tremendous pressure and wild allegations. It is all unfolding at Allahabad University, where a fresh controversy has now erupted. Now, questions are being raised over the procedure followed in admitting Richa Singh, the student union's president, to the university almost two years ago.

Singh was admitted into the Center for Globalization and Development Studies in 2014, and is a PhD scholar, but the Vice Chancellor, Rattan Lal Hangloo, is said to have suddenly taken steps earlier this week to re-examine the process followed in her admission. The aim, it appears, is to strike her off the rolls.

Richa is the first elected woman president of the University and believes the re-look at her admission is inspired by political rivalry and at least one crudely-worded letter sent to university authorities about her. The letter was written by a male student and alleges that she is a "Naxali" and "Communist", "of the kind you find in JNU, who have spoiled the atmosphere in the country."

"The university is threatening to cancel my admission, but what they say about procedures is an excuse. They want me out of here because I protested against Yogi Adityanath, defeated ABVP in elections, and demand student safety and rights. That's why, now they are calling me 'Maoist' or 'Naxal'," she says. 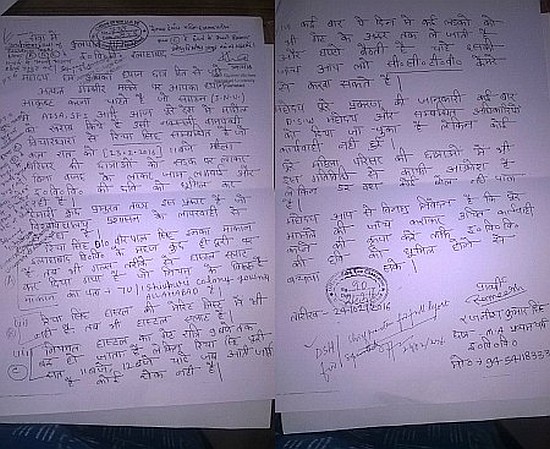 The letter, which is also filled with allegations of a personal nature against Richa, was hand-written by Rajneesh Kumar Singh, an MA first year student at AU and sent to the VC on February 24. It reads, "The (women's) hostel's gates close at 9.00 PM but Richa Singh stays out all night, till 11 PM, 12 PM (sic), coming and going as she pleases, with nobody stopping her." It also questions her entitlement to a hostel room.

Richa and other women students have often objected to being locked into the hostel every night while male students hurl abuses and sexual slurs at them from a short distance away. "Our complaints are ignored by the university, and the Ministry of HRD doesn't respond either," Richa says.

In the student elections held last year, Rajneesh Singh had emerged as a runner-up to Richa. In his letter, which is in extremely poor taste, he also alleges she "brings boys to the hostel in the day time and sits with them for hours."

"I don't know why she talks to boys and brings them to the women's hostel. I don't know what she does. She's a dabang (bold) type of girl," Rajneesh sneers, when asked about his allegations. "When the VC will return on Monday he will sign the letter cancelling her admission and then she will have to vacate the hostel room automatically," he says, confident of a decision in his favour based on his letter.

Richa says sexist allegations of the type made by Rajneesh against her are now a routine occurrence at AU. She has appealed to the VC against them, but to no avail. "The VC should have sent such a crude letter back to the student. Instead, he forwarded it for action," she says.

The battle that began last year when Allahabad University students elected Richa the president appears to be ending in a bitter endgame. "It's all politically motivated. Why else should I be made answerable to any Rajneesh Singh about the hours I keep? As president of the union I am very often on call for students and try to spare time for all student activities," she says.

Last week, Outlook carried an interview with Richa Singh where she raised her voice against the suppression of student politics.