Neighbours recalled Bhavye as a "sweet boy". They had seen him grow and were shocked on hearing about his sudden death. 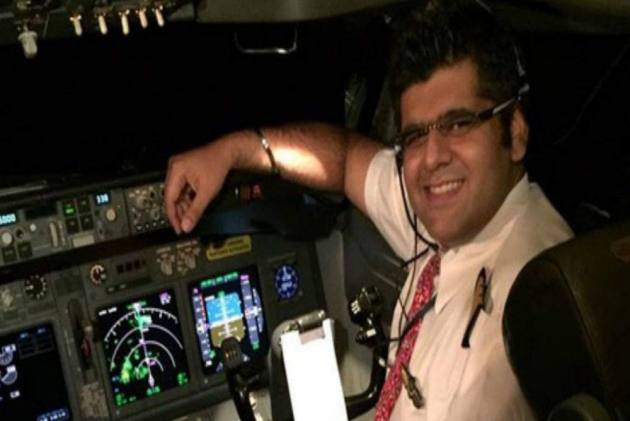 Bhavye Suneja's family was eagerly waiting for him to return home for Diwali, a feature at their Delhi residence that has continued for years. That wait tragically ended on Monday for all times to come.

Suneja, 31, was flying the Lion Air flight JT610 which lost contact with ground officials, 13 minutes after taking off from an airport in Indonesia, and crashed into the Java Sea, tragically ending all possibilities of his homecoming.

The distraught family struggled to accept the news, when they saw on television that the plane Bhavye was flying had crashed. His mother, Sangeeta Suneja, was in tears.

With folded hands, she requested mediapersons gathered outside their Mayur Vihar residence to "please pray for us".

Neighbours recalled Bhavye as a "sweet boy". They had seen him grow and were shocked on hearing about his sudden death.

"My daughter studied with Bhavye in school. Today, she called me from Dubai to say, 'Bhavye died' and expressed her shock," said the family's neighbour P K Sinha.

"Bhavye's father has been putting up a brave front and has not cried but we know what he is going through."

Sinha said Bhavye visited home for Diwali every year, and even this year he was to come.

After he completed his studies at Ahlcon Public School in Mayur Vihar, Bhavye received his flying licence in 2009. His father, Gulshan Suneja, is a chartered accountant and his mother, Sangeeta, works with Air India.

An Air India official said Sangeeta Suneja is working with passenger handling department of the airline at Delhi Airport.

Bhavye married in 2016 and was based in Jakarta with his wife Garima Sethi, a former manager at the Indian Express.

"The Sunejas had gone to visit Bhavye for Raksha Bandhan and were very happy. He would always acknowledge elders and we would often see him around Diwali," said Renu Nagpal, another neighbour.

"He was to come for Diwali on November 5. Ruhaani and my daughter are school friends and she was here till late on Sunday night discussing about her brother and Diwali plans."

One of Sangeeta Suneja's friends, who requested anonymity, said Bhavye's sister "has been in denial" and the family still hopes he could be alive and return to them.

The Indian Embassy in Jakarta confirmed Monday afternoon Bhavye died in the crash.

"Our deepest condolences on the tragic loss of lives in the Lion Air Plane crash, off the coast of Jakarta today. Most unfortunate that Indian Pilot Bhavye Suneja who was flying JT610 also lost his life," the embassy said in a tweet.

Recalling his memories of Bhavye, Anil Gupta, another neighbour, said he used to play with him when Bhavye was a kid.

"His mother was leaving for work when they heard about the plane crash on television and since then, they have been hoping that Bhavye is fine," Gupta said.

Kalicharan, a washerman who has known the family for 25 years, said, "Kuch log achhe hote hain aur kuch bahut achhe. Yeh log bahut achhe hain." (Some people are nice, but some are very nice. This family is very nice.)

He said Bhavye was an "ever-smiling" person and then he broke down.

The Boeing 737 MAX 8 aircraft that Bhavye was flying en-route to Pangkal Pinang city crashed near Kerawang, 32 miles east of Jakarta. He had an experience of 6,000 flight hours and the co-pilot more than 5,000 flight hours, the airline said in a statement.

According to Bhavye's LinkedIn profile, he had been working at Lion Air since March 2011 and was also a trainee pilot with Emirates between September and December 2010.