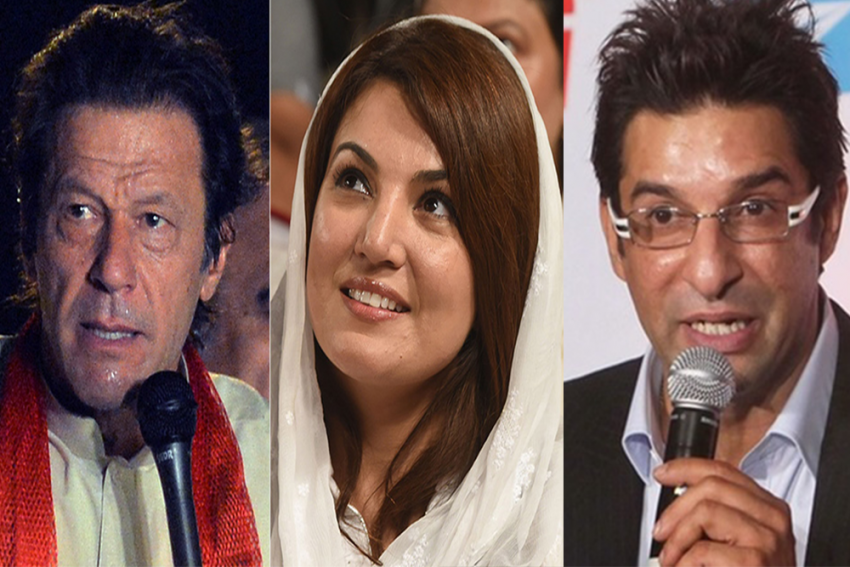 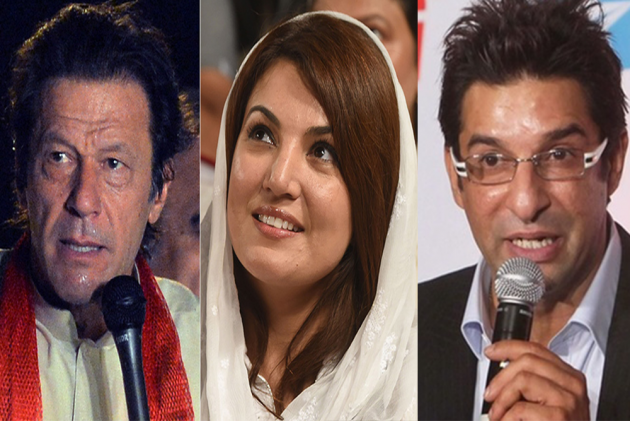 An autobiographical work by a former wife of Pakistan’s cricketer-turned-politician Imran Khan is turning out to be increasingly controversial, with alleged sleaze prompting a foursome to take the legal recourse. The soon-to-be-released book by journalist Reham Khan, recounting her experiences as “a mother, wife, journalist and warrior”, is defamatory, according to the aggrieved.

Out into a court battle are TV journalist Jemima Goldsmith’s first husband Ijaz Rehman, retired all-rounder Wasim Akram, British businessman Syed Zulfiqar Bukhari and Anila Khawaja, who is media coordinator of Imran’s Pakistan Tehreek-i-Insaf—a political party also known by its abbreviation PTI. The 44-year-old Jemima, who was married to Imran for almost a decade from 1995, said she would be suing for libel and breach of privacy on behalf of her teenage son “and in relation to the moronic, re-hashed Zionist conspiracy theories”.

As per The Times of India, Reham, 45, has alleged in her book that Akram used his (late) wife to fulfil his sexual fantasies. The cricketer would arrange a black man, who had sex with his wife in front of him, the report said. (Huma Akram died at a Chennai hospital in 2009 at the age of 42, owing to cancer.)

Reham, who is a TV producer of British Pakistani descent, further alleged that Bukhari does ‘dirty work’ for Imran, now 65. The famed cricketer had impregnated a woman, following which the British businessman made all the arrangements for carrying out an abortion, according to the book—a memoir of her 2015 Islamabad days when she was living with her husband Imran.

Read Also: 'Have I Looted A Bank? Just Want To Get Married,' Imran Khan Defends His Marriage Proposal

The author’s eponymous book, leaked online, further accuses Imran of having an illicit affair with Khawaja. “Reham called her ‘chief of the harem’ in the manuscript,” reads the legal notice issued by a West London legal firm to Reham on May 30. According to reports, Jemima on Wednesday said that though she had been “assured” that Reham’s book was too “libellous” to be published in the UK, she would sue on behalf of her son for defamation and breach of privacy if it did see the light of day.

Reham has remained at the centre of controversy after the manuscript of her book was leaked online, which irked several PTI leaders. They took to Twitter to accuse her of being part of an “agenda” ahead of the July 25general elections in Pakistan.

Imran’s first marriage was with Jemima, daughter of a British billionaire, in 1995, lasted nine years. The divorced couple has two sons. Rumours about Imran’s third marriage started circulating early this year, but the cricketer rejected media reports that he had secretly married his spiritual mentor Bushra Maneka on January 1.