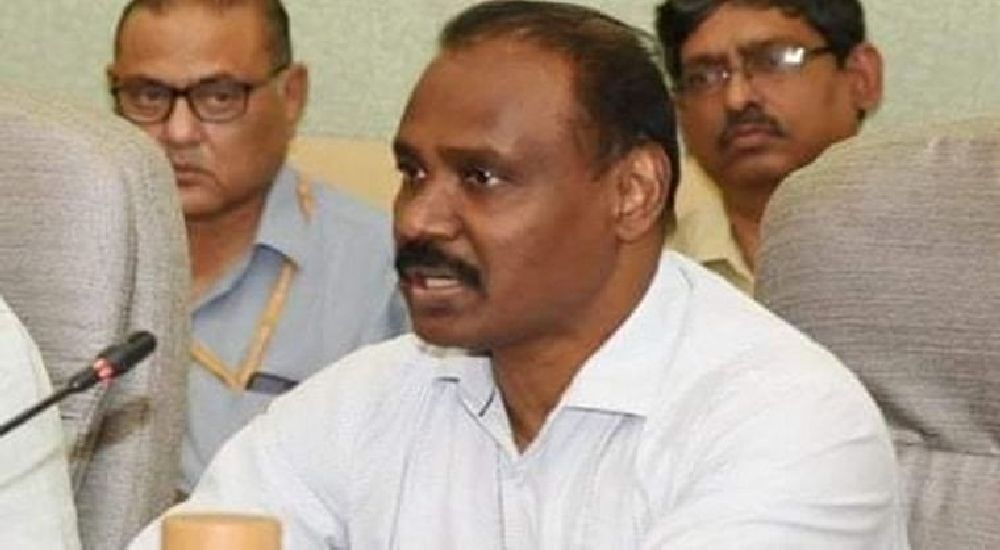 Odisha never had it so good before. For the better part of the time since Independence, the eastern state, one of the poorest in India, received a raw deal from the Centre, not just in terms of financial allocation but also in the appointment of Odias in key positions in the government. But all that changed after Narendra Modi assumed power at the Centre in 2014.

The appointment of Girish Chandra Murmu, an Odisha-born IAS officer, who was expenditure secretary in the Ministry of Finance, as the Lieutenant Governor (LG) of the upcoming union territory of Jammu & Kashmir, is only the latest in a series of appointments of Odias in positions of eminence at the national level. The choice of Murmu, Modi’s trusted man since his days as principal secretary to him during his time as Gujarat Chief Minister, as J&K LG can hardly be overemphasized at a time when the trouble-torn border state is set to become a union territory.

Last month, Pramod Kumar (‘PK’) Mishra, another Odia man who has enjoyed the trust of the Prime Minister since his Gujarat days and was the additional principal secretary in the PMO, was elevated as principal secretary to the Prime Minister after his predecessor Nripendra Misra resigned. The importance of the Delhi School of Economics (DSE) graduate in the PM’s scheme of things is clear from the allocation of work in the PMO on September 13. As per the PMO order, Mishra will continue to handle matters related to the cabinet secretariat and the Ministry of Law and Justice he looked after as additional principal secretary. Besides, he will also have the power to intervene at any juncture in key decisions pertaining to ‘all other policy issues and matters’. The Sambalpur-born man obviously has the eyes and ears of Modi.

A month before Mishra’s elevation, veteran BJP leader Biswabhusan Harichandan was sworn in as the first full-time Governor of Andhra Pradesh. With Murmu’s appointment on Friday, Odisha now has the rare privilege of boasting of three Governors at the same time, two of them from the predominantly tribal Mayurbhanj district. Draupadi Murmu who, like Girish Murmu, is a Santhal from Mayubhanj, is the Governor of Jharkhand.

Shaktikanta Das, who did much of the firefighting in the messy aftermath of demonetization in 2016 in his capacity as Economic Affairs secretary, became another Odia officer to occupy as exalted position when he was posted as RBI Governor after former head Urjit Patel resigned.

For some time, there was speculation that former top cop Prakash Mishra would take over as the LG of the newly created UT of Ladakh, but nothing came of it with former Chief Information Officer (CIC) Radha Krishna Mathur pipping him to the post. In its first term, however, the Modi government had appointed the former Odisha DGP as Director General (DG) of Central Reserve Police Force (CRPF) and advisor to the Uttarakhand Governor.

Justice Dipka Misra’s appointment as the Chief Justice of India (CJI) in August 2017 was another instance of an Odia getting a key position at the national level. There have been several others too: Dr. Hrusikesh Senapaty as the Director of the National Council of Educational Research and Training (NCERT), Dr. Mrutyunjay Mohapatra as the Director General (DG) of India Meteorological Department (IMD) and Dr. Sambit Patra, national spokesperson of the BJP, as a non-official Director in the Oil and Natural Gas Corporation (ONGC).

Unlike its predecessor UPA government, the Modi dispensation has been generous to Odias in the allocation of ministerial portfolios too. Though the BJP won just one seat from the state in 2014, Modi appointed two from the state in his council of ministers: Jual Oram, who won the lone seat for the party, and Rajya Sabha member Dharmedra Pradhan.

Oram was made cabinet minister in the Ministry of Tribal Affairs while Pradhan, who apparently enjoys the trust of the Big Two in the party, got duly promoted to cabinet rank and was given charge of the key Ministry of Skill Development in addition to his old portfolio of Petroleum and Natural Gas (P & NG) in the first major reshuffle of the NDA-I midway through its term. While Pradhan retained his position in NDA-II, Balasore MP Pratap Sarangi was sworn in as MoS, Animal Husbandry, Dairying and Fisheries and MSME. This was in keeping with the long-standing trend of Odisha getting better representation in the Union council of ministers in non-Congress regimes.

Odisha also had more than its share of Padma awards during the Modi regime. Renowned sculptor Pandit Raghunath Mohapatra was conferred with Padma Bibhushan while several other grassroots level achievers were given Padmashri. They included Haladhar Nag, the eminent Koshali folk poet; Kamala Pujari, a tribal lady from Koraput who has done commendable work in conserving native paddy varieties; Prakash Rao, the Cuttack chaiwalla with a heart of gold who provides free education to poor slum children and frequently donates blood to patients at the SCB Medical College & hospital and Daitari Nayak, who single-handedly built a 3-km long canal to bring irrigation to his village.

Many other grassroots level achievers from the state have received generous praise from the PM in “Mann ki Baat’, his monthly radio address to the nation.

In terms of financial allocation too, the Modi government has been generous to Odisha. The rail budget, in particular, has earmarked substantial funds for railway expansion in the state, reaching over Rs 5, 000 crores in the last three budgets. This was in sharp contrast to the UPA years when the allocation never went beyond Rs 1,000 crores.

It is possible that the better deal given to Odisha by the Modi regime had a role to play in the much-improved tally of the BJP in the Lok Sabha election in April this year when it won as many as eight out of the 21 seats, a far cry from the lone seat it won in 2014.