From Patents To Patriotism

What would be the essential elements of an education system devised by the RSS? 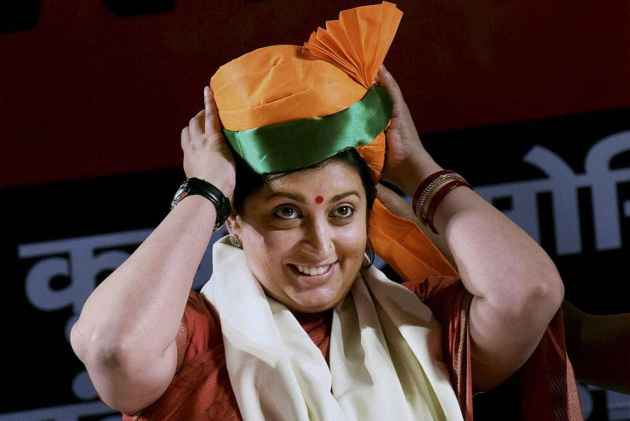 About seven decades ago, Madhav Sadashiv Golwalkar, the second chief of the Rashtriya Swayamsewak Sangh (RSS) articulated that education in India needed to be reshaped. Gowalkar believed that the Indian education system initiated by Lord Macaulay was nothing more than a means to ready an army of obedient servants to the English and therefore a training ground for producing an army of brown skinned Englishmen.

So a year before Independence, Gowalkar started the Gita school in Kurukshetra, not far from the power centre of Delhi where all decisions pertaining to a national policy for education are still taken. Evidently, the Gita School promoted a blend of ancient Indian education as prescribed in the Vedas. Along with contemporary subjects taught in the local language the course content for students enrolling there was a generous dash of nationalistic Hindu pride.

About four years after Gowalkar's experiment, Nanji Deshmukh, another Sangh pracharak and ideologue, also a leader of the Bhartiya Jan Sangh started the first ever Saraswati Shishu Mandir in Gorakhpur. Ever since, the Vidya Bharti, an RSS-affiliated organisation, focussing on education has managed to take the number of such schools to 40,000 with over 40 lakh students enrolled there.

Of course new strengths lend new aspirations. With a larger saffron representation in the Lok Sabha, Vidya Bharti is now aiming to establish "one such model school in every block of every village in the country before 2017." Gurukuls and schools promoting the Indian way of thinking, Vidya Bharti officials believe is the right way to promote Bhartiyata. It is also the surest way to lock on the nurturing of a "perfect Bhartiya with a global outlook."
So what then would be the essential elements of an education system that has a Made-In-India stamp on its student population? For the wise men in the saffron outfits the key is curriculum and content changes. The outline: ancient Indian knowledge and wisdom interspersed with modern know-how.
An inventory of ideal educational content for the RSS then has Yoga education topping the list. It must be some solace to the Hindutva promoters that HRD minister Smriti Irani — currently in the news for her educational qualifications — has taken the cue from Prime Minister Narendra Modi's yoga session on Rajpath and announced that yoga be made an integral part of every child's school education from Class 6 to 10. Of course, the Sangh seniors believe that yoga is a life-long essential and therefore must find itself as a flourishing stream even at the graduate and the post graduate level.
After all, if Yoga can find acceptance at the world forum with a day dedicated to itself internationally and practioners performing difficult asanas in 194 countries at a go, it surely even has the potential to become an employment churner on the domestic front. Why then must yoga not become a degree towards an assured employment for the youth?

Well, however ancient, Yoga cannot be a stand-alone degree. For, an ancient discipline comes wrapped in ancient knowledge. To that effect, Vedic knowledge is a must for those looking to find a career in Yoga studies. Informed opinion from those associated with RSS's Shiksha Bachao Andolan confirm that vedic knowledge will not just open doors to better understanding of Yoga, the international toast of the year but even lay the sound foundation for a better understanding of the ancient wisdom and knowledge of Bharat. In that sense, educational streams are all linked to one another.

For a holistic outlook, Yoga experts must have a degree or training in Vedic knowledge as well.

No wonder, RSS schools prescribe a certificate course in Vedic Mathematics, one of the better known imports of Vedic Knowledge. Available at the school level in RSS run institutions, Vedic Mathematics, believers suggest has the potential to become a full-fledged stream even at the graduate and post graduate level, offering students interested in number crunching to find an alternative for 'guna' or simply multiplication in Vedic Mathematics. Surely, practice leads to proliferation and learning to teaching opportunities aggregating employment.

But if ancient acumen has to be followed and deciphered then language experts become a must. Shiksha Bachao Andolan officials argue that India needs a strong army of translators and language experts currently missing in the contemporary setup. Clearly language experts or translators will not just help convert books available in foreign languages into Indian languages for better access for Indian students but also be able to decode age old Indian doctrines for the international audience.

And if Indian proficiencies get revealed to the West, India would need patent experts. Perhaps home grown patent experts with the knowledge of the goings-on in the world of exclusive rights will be able to save India intelligence from getting stolen by western researchers. It is to this effect that Vidya Bharti argues that India must start and pursue degrees in patenting, giving Indian exclusivity a fillip. Seniors in the Vidya Bharati believe that patent expertise is a real time crisis in India and needs to be addressed immediately if the Indian entity requires a serious recognition on the world platform.

Patenting though cannot be done without adequate research. Reason why Sangh seniors advocate research work being given ample importance and incentive. Advocates of the Sangh philosophy confirm that research incentives will help Indian students at the graduate and post-graduate level to pursue inquiry into Indian subjects, an essential in the current scenario as India aspires to be a powerful democracy led by Narendra Modi.

What also finds significant mentions in the RSS scheme of things is pursuing full-fledged disciplines like nationalism, health education, hardware and cultural education. Education experts involved with the RSS argue that nationalism and patriotism must be separate subjects taught right through school to universities. Similarly health education should be spate of medicine and be instructed as a social stream for healthy living. Many others insist that there must be a combination of science and spiritualism that enables Indian students to compete with the world in the field of technology without losing their own national identity and know-how.

And finally to support the undying love for the motherland, what is advocated is compulsory social service and cultural education. Experts assert that all students must be involved in social service of varying kind right from primary levels to senior levels to get them involved in the well-being of the nation. Meanwhile certification in the form of diplomas should be given to practioners of handicrafts to bring old art and craft practices at par with mechanised production of goods. The philosophy behind the idea being that unless traditional knowledge is given a superior status, there is little chance of survival in the long run.

Would that mean, studying Sanskrit throughout school compulsorily? Why not, say Sangh educationists, if Sanskrit is elevated as a hip language to up the cool quotient of India's aspiring youth.