CBFC is said to have found the sequence 'incongruous' since ghosts are supposed to be eradicated not pacified with the recital of Hanuman Chalisa. 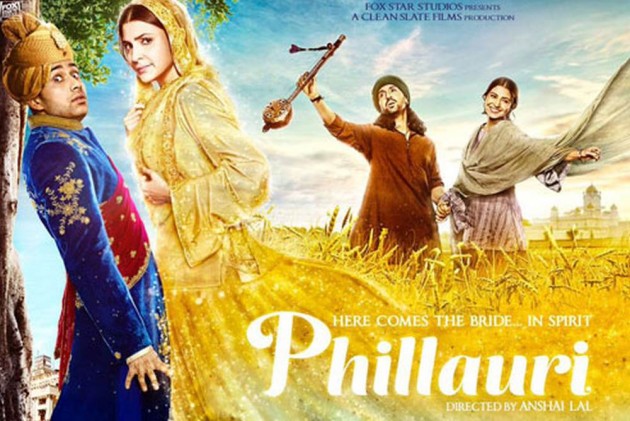 The Central Board of Film Certification(CBFC) is at it again! Anushka Sharma's second production venture Phillauri is the censor board's latest victim.
The board has asked Phillauri's producers to remove a lengthy sequence in which actor Suraj Sharma is seen reciting the Hanuman Chalisa in the bath tub, saying that it would 'hurt the religious sentiments',  said a report in DNA. Not just that, the board apparently wanted to remove the entire slapping sequence from the film that was highlighted in the trailer as well.
The CBFC is said to have found the sequence 'incongruous' since ghosts are supposed to be eradicated not pacified with the recital of the Hanuman Chalisa."Ideally, a fun-horror film like Phillauri should not have violence of any kind to begin with," a CBFC member was quoted saying in a Deccan Chronicle report.
The film satirises superstition and blind faith by showing an NRI being married to a tree, and a ghost stalking the NRI thereafter. According to CBFC guidelines, superstitions are not to be promoted through cinema. However, the film has been passed with one notable cut and with an ‘UA’ certification.
"In my opinion it’s not the CBFC’s job to sit in judgment on the content of a film. We can only make amends in the presentation of the content. Not propagating superstition and blind faith falls in the jurisdiction of the State government. If we sat judgement over films on ghosts then we’d have to question why classics like Mahal, Gumnam, Woh Kaun Thi and Lekin were passed," CBFC Chairman Pahlah Nihalani was quoted saying to the paper.
The CBFC has asked the producers of Phillauri to add a lengthy disclaimer at the beginning saying they do not subscribe to any of the superstitions shown in the film nor do they believe in ghosts.
Earlier this year, the CBFC had also stalled the release of award-winning film Lipstick Under My Burqa calling it 'women-oriented'.