Authorities are probing more than 100 reports of people finding needles concealed within strawberries and other fruits. 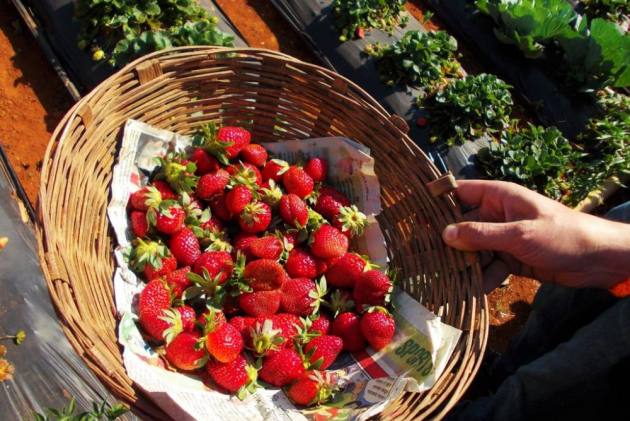 In the wake of a fruit contamination alert that has gripped Australia, Prime Minister Scott Morrison Wednesday said those responsible for placing needles into strawberries or putting up online fake images of sabotaged fruits might get 10-15 years of imprisonment.

Australia is scheduled to pass laws to penalize those responsible, said Morrison at a press conference as authorities are probing more than 100 reports of people finding needles concealed within strawberries and other fruits.

"Today I announced that we are putting in some tough new laws not just to increase the penalties for people who do this already but for those who go on YouTube or think it's a big lark to go on and stick pins in fruits," he said in the video message on Twitter.

"It's not funny. It's not right. It's causing real distress and harm in our community and its got to stop. So we are going to be passing laws in the next 24 hours to send a very clear message. Don't do it."

Morrison said such acts, which affect the life and livelihood of Australians, including strawberry farmers, were crimes on par with terrorism or child pornography.

Dozens of cases of strawberries containing needles have been reported in the last week, mostly in the northeastern state of Queensland and now in most other parts of the country.

In a statement, the New South Wales Police Force said it was continuing to probe such instances and warned people of severe penalties if found guilty of deliberate fruit sabotage.

The investigation was launched on September 12 after cases of sabotaged strawberries were reported from Queensland.

"The community is reminded that deliberately contaminating food is a criminal offence and a threat to public safety. In New South Wales, the maximum penalty for the offence is 10 years imprisonment," the statement added.

On Tuesday, Queensland Premier Annastacia Palaszczuk announced a $72,470 reward leading to an arrest for those responsible for the strawberry sabotage.

"The sabotage of our strawberry industry is not just an attack on hard-working growers and workers, but it reaches into almost every home and school lunch box," Palaszczuk said.