Fuel prices have been on the rise since August 16 after the rupee dipped to its lowest value against the US dollar. 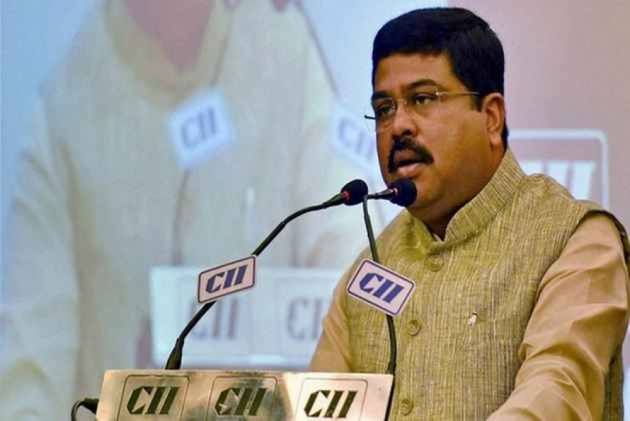 Union Petroleum and Natural Gas Minister Dharmendra Pradhan on Sunday said that the fuel price rise in temporary and has been affected because of "external factors".

The minister was talking to reporters on the sidelines of a conclave organised in Surat, he pointed out that said the factors responsible for drop in production of crude oil have caused a spike in fuel prices in India.

"I would like to mention two points, and both these subjects are external. OPEC (Organisation of the Petroleum Exporting Countries) had promised that it will raise production by one million barrels per day, which was not raised.

"Apart from that, crises in countries like Venezuela and Iran are increasing. There is a pressure on oil prices due to decrease in production. Secondly, global currencies have weakened against the US dollar," he said.

Pradhan was in Surat to inaugurate a textile and plastic investors conclave, where he addressed entrepreneurs, industry stake-holders and professionals from the plastic and textile industry.

The conclave showcased opportunities in textile, polymer and downstream sectors in Odisha and eastern India.

"This is a matter of concern for the world economy, and the Indian economy is also affected. But considering these factors, the Indian government is planning to put diplomatic pressure.

"A high-level American delegation is visiting India, and India's two senior representatives - defence minister and external affairs minister - will talk to them. All these factors will be discussed. I consider this period (of high petrol, diesel prices) temporary," he said, referring to the 2+2 dialogue between the two countries in Delhi this week.

Fuel prices have been on the rise since August 16 after the rupee dipped to its lowest value against the US dollar.

Petrol and diesel prices had gone up by almost a rupee per litre within a fortnight last month.

Later tweeting about the event, Pradhan said, "Surat, today, is one of the largest man-made fibre clusters in India, processing more than two crore metres of fabric a day. The entrepreneurial spirit of the people of Surat has developed the city into a thriving economy based on textile and various other industrial clusters".

"It fills me with great pride that people from my home state of Odisha have played a key role in this economic transformation journey and a huge number of karigars in Surat today belong to Odisha.

"Government's decision to increase import duty on polyster fibre and yarn will further give impetus to domestic producers," he said in another tweet.

"Odisha provides an excellent investment opportunity, being close to the demand pockets of eastern UP and West Bengal with unique coastal position to caret export demand," the minister tweeted.