That Gandhi prized cleanliness is not in doubt, but to reduce his legacy to a litter free India is to make a mockery of it. 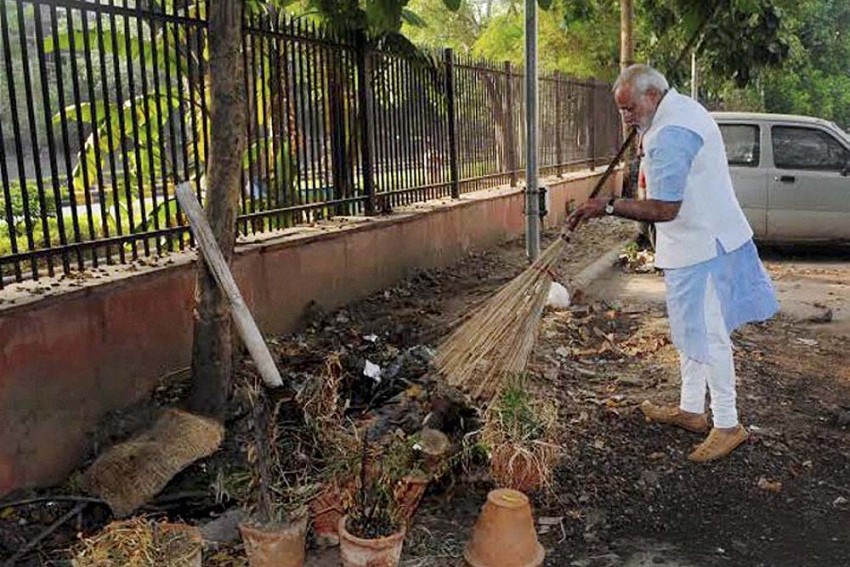 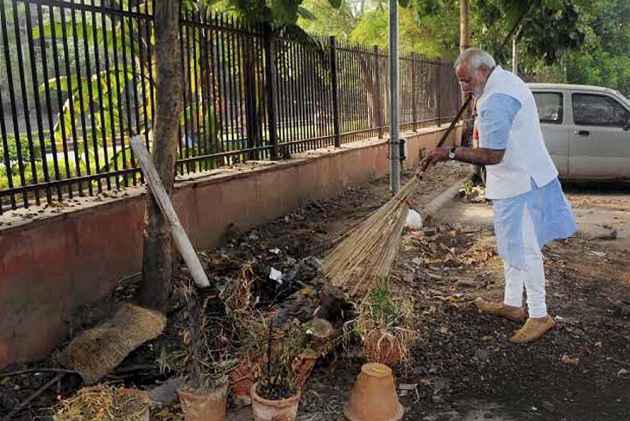 Amid all the fanfare surrounding Mr Modi’s Swacch Bharat Abhiyaan, the airwaves are littered with the Mahatma's name. Surrounded by government servants press-ganged into showing up on a holiday and political cronies wearing uneasy smiles, with an entourage of cameras to take it all in, the Prime Minister himself spoke of Gandhi before wielding a broom. He peppered his remarks with social media argot, displaying an easy familiarity with terms like 'hashtag' and 'upload'. Thoroughly Modern Modi, bringing old man Gandhi's worn and unfulfilled dream to reality, was the message.

That Gandhi prized cleanliness is not in doubt, but to reduce his legacy to a litter free India is to make a mockery of it. Even more so when every other policy announcement seems to fly right in the face of Gandhi's ideas and writings. If the sight of clean streets and spotless sidewalks were enough to bowl Gandhi over, he would be no different than the average 'Indian in Wonderland', as a friend of mine used to refer to the starstruck desi abroad. It was precisely his penchant for looking behind the façade that made Gandhi a Gandhi.

The Mahatma was not naïve enough to think, as many on our television channels appear to believe, that the main problem with garbage lay in its disposal. The whole thesis of Hind Swaraj is that the industrial civilization is one gigantic waste-generating engine, powered by pushing a relentless multiplication of human wants. Gandhi understood that the way for India to stand athwart this mega-march to the junkyard was for it to turn the old adage on its head and say, 'Want not, Waste not'. It is exactly the opposite of the ManModi vision: 'Whatever our standings in the Olympics, Indians shall rank second to none in the consumption race'.

Does Mr Modi really believe that the great challenge of our time is getting people to use the trashcan? Do gushing luminaries on TV think junk simply disappears when one tips over the contents of a dustbin on to a wheelbarrow? The sad truth is that garbage does not go away, ever. Out of sight behind the sparkling clean American suburb is the toxic landfill, containing everything from plastic wrappers to dangerous chemicals. Nor is that all. Consider this description of a recent documentary film:

"Located between North America and Asia lies an island the size of Texas. This island is made up completely of human garbage: a sludge of plastic, metal, and decapitated Barbie dolls—and the island is growing... An area of the Pacific Ocean has become so choked with floating garbage that ice breaker ships are often needed to travel through the area. As the human population continues to grow and expend more and more of the Earth’s resources, so too grows Garbage Island."
(From http://documentarystorm.com/toxic-garbage-island/)

A preview, possibly, of the wonders that a wildly successful 'Make in India' will work for the Indian Ocean, to say nothing of the pollution and industrial waste that a theka for the world's manufacturing would dump upon the land?

And all this for what? Writing of Stalin, Ram Manohar Lohia observed,

"[His] crimes are now proved to have been for the very ordinary and pedestrian purpose of enabling a weaker people to eat and kill as well as the stronger peoples of the earth." (Marx, Gandhi and Socialism, 1963).

What, but an echo of this, has been our rallying cry for the past quarter century or so, delivered by personages as diverse as Man Mohan Singh, Abdul Kalam, and Atal Bihari Vajpayee? Narendra Modi is merely a more blustery exponent of the same worldview. Was this not exactly his pitch to the crowd in New York, that he would turn India into a consumer paradise they could be proud of?

The Gandhian imperative would seem to be the exact opposite - to avoid the depredations that stronger peoples had already visited upon the weaker, and upon the earth itself. Proud of an India he held to be a karmabhumi and not a bhogabhumi, he wrote:

"God forbid that India should ever take to industrialism after the manner of the West. The economic imperialism of a single tiny island kingdom is today keeping the world in chains. If an entire nation of 300 million (India's population at the time) took to similar economic exploitation, it would strip the world bare like locusts."

As to all the brave talk of recycling, garbage incinerators and so on, some caution is in order. Four decades after the United States adopted Earth Day, recycling is still not the norm save in a handful of states. Even among those where it is practised, there is great variation in what can be recycled. And it is by no means unknown for recyclable items to be tossed into the garbage pile instead. This is the experience in a society where civic sense and respect for the law are generally considered high.

"Reduce, Re-use, Recycle", goes the slogan. Gandhi, frequently aphoristic in his formulations, might have replaced it with a single word, "Refrain". In his address to the UN, Mr Modi had a neat line about the best type of energy being one that was not used. In launching the Swacch Bharat campaign he omitted to make a similar connection - that the safest kind of garbage is the one never manufactured. You can have a consumer society or a trash free environment, but not both. Anyone who believes we can stay on these two horses at the same time is in for a royal ride, er…ratha yatra.