The AAP government had called a special session of the Delhi Assembly to press its demand for full statehood to Delhi. 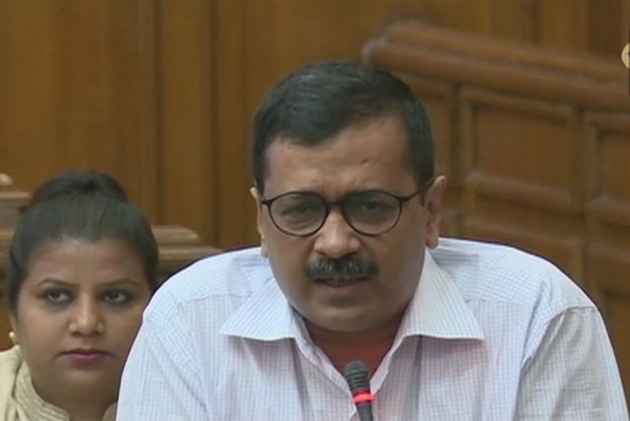 Vidhan Sabha on Monday accepted the resolution on full statehood to Delhi.

The AAP government had called a special session of the Delhi Assembly to press its demand for full statehood to Delhi. Earlier this week, deputy chief minister Manish Sisodia had tabled a government resolution in this regard.

"I want to tell the BJP that if Delhi is granted statehood before the 2019 Lok Sabha elections, we'll make sure that each and every vote from Delhi goes in your favour, we'll campaign for you. If you don't do, Delhi residents will put up boards saying 'BJP leave Delhi'," said Delhi chief minister Arvind Kejriwal in the assembly.

Addressing party's ward-level officer-bearers and legislators at his residence in New Delhi, the chief minister equalled the fight for Delhi's full statehood with the freedom struggle.

In a passionate address, he said Mahatma Gandhi had launched Quit India campaign during the British rule, and the Aam Aadmi Party will run 'L-G, Delhi Chodo' campaign.

He said that in 1947, India got freedom and all British viceroys were removed, but in Delhi, L-G was appointed in place of viceroys.

Elaborating on the campaign, senior AAP leader Gopal Rai said AAP leaders, MLAs and workers will hold meetings at 300 locations in the national capital from June 17 to June 24 in the first phase of the agitation.

In the second phase, the AAP has planned to hold party workers' convention at Indira Gandhi Indoor Stadium on July 1, where the next course of action will be decided, he said.

"Had a meeting wid ward level office bearers of AAP Delhi. Made strategy to take msg of full statehood to every house in Delhi (sic)", the chief minister tweeted after the meeting.

The clarion call for full statehood to Delhi comes ahead of the Lok Sabha elections scheduled next year.

According to party sources, the ruling party in Delhi is planning to strongly raise the statehood issue during the Lok Sabha elections.

"We would ask people (during meetings) whether there should be people's rule or L-G's rule in Delhi. L-G creates hurdles in our every project, be it the CCTV project or doorstep delivery of ration," Kejriwal said.

During his address, the AAP supremo also pitched for 85% reservation in recruitment for Delhi government departments.

"If we want to open colleges, they (L-G) do not allow. It is not the issue of just development....Our ancestors had also fought for freedom of the country. Delhi gives Rs 1.3 lakh crore tax to the Centre, but we get nothing in lieu of this...

"Every person in Delhi will get good job and every family will get own house if Delhi is given full statehood status," he said.

The chief minister also attacked former chief minister and Congress leader Sheila Dikshit, alleging that during her government's tenure, people were fed up with inflated water and electricity bills, as well as the poor condition of government hospitals.

"During your (Sheila) tenure, your party's government was at the Centre for 10 years and your L-G was also there. I challenge you to run Delhi under Modi's rule for one year," Kejriwal tweeted in Hindi.

His comment came in response to Dikshit's reported statement that she ruled Delhi for 15 years, but never had any conflict with the Centre and L-G during her tenure.

Rai alleged that the BJP and Congress have taken 'U turn' on the issue of full statehood to Delhi.