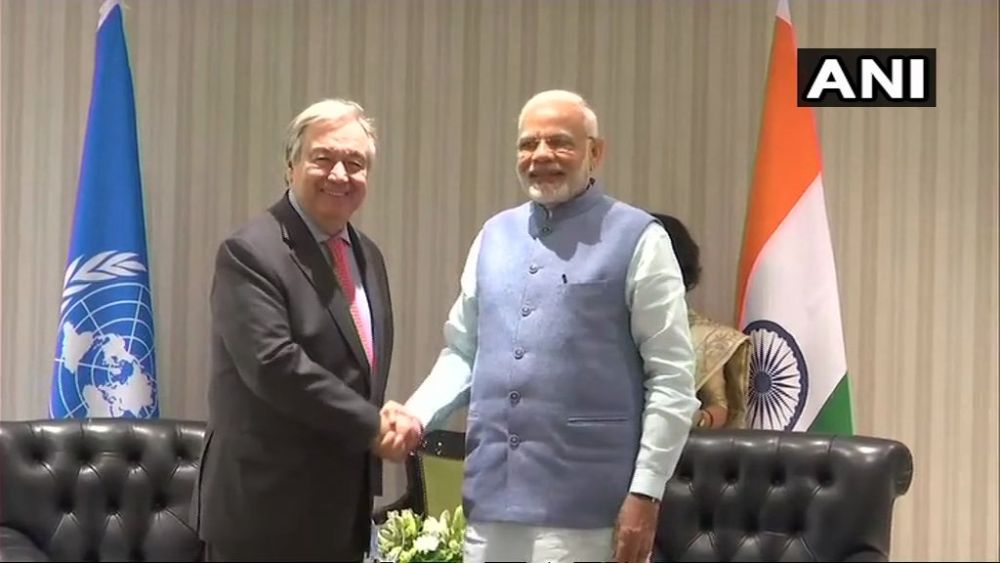 PMO sources said the meeting signifies the importance that both leaders attach to the issue of climate change. This outreach comes just a week before the COP24 meet in Katowice, Poland.

The UN Secretary General has reached out to the PM for a second time in two months, the PMO sources said.

"It reflects the respect in which the prime minister and his initiatives are held globally to take the lead on issues of global importance," the sources said.

The trilateral, which would be an expansion of the bilateral meeting between Trump and Abe, is part of the series of meetings the US president would have on the sidelines of the G-20 summit on November 30 and December 1.