Since the Games started on August 5, at least 14 persons have died in shootouts between so-called gang members and police and soldiers deployed in the city. That is almost one death per day. 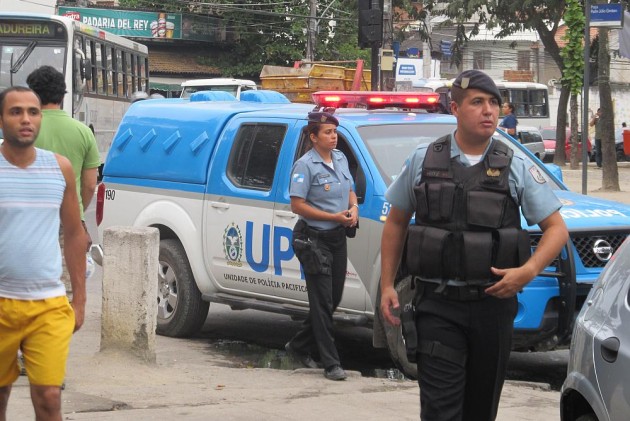 Half the circus has left the town already. With just 24 hours left before curtains come down on Rio 2016, the rest of the crowd of athletes, officials and press corps too would be leaving soon. All the shiny arenas, glamorous athletes and the metals around their necks would become a part of history of this city. For years, if not decades, those who saw all the running and jumping from close quarters would talk about it. The thrill of witnessing “history” would stay with some people for a long time.

But that’s only one side of history.

The other side of history has been unfolding far from the focus of international cameras. Since the Games started on August 5, at least 14 persons have died in shootouts between so-called gang members and police and soldiers deployed in the city. That is almost one death per day during the course of the Games. And all deaths happened in the city’s poor ghettos known as favelas.

Violent death of poor people in favelas is not a new thing in Rio – and Brazil. It’s almost a daily occurrence. But the Olympics might have made the situation worse for the city’s poor residents. The Brazilian government deployed more than 85,000 police and army personnel to provide security to foreign visitors. But this high-level security came at a great cost to favelas, some of which were literally locked down by the police. The police have opened fire at suspects in the narrow lanes of favelas a number of times in the past 15 days. They too have come under fire from the gangs which operate from these communities.

There was so much violence happening every day that people of Alemao, a favela which made news a few years ago for a war-like operation against gangs operating from there, made a WhatsApp group to share information about roads which might have been closed because of shootings. Many people were even afraid of keeping their kids at home because of the continuous police operation. They too were exchanging information over social media.

Both local and international media rather ignored the ongoing violence in favelas busy as they were with the super athletes and their super achievements. But the poor are already bracing for the worse. As the extra police and security forces would be withdrawn soon after the Paralympics, the favela residents, who are often caught in the cross-fire between cops and criminals, fear a surge in crime as well as in police violence. The city, which was facing a financial emergency prior to the games, has made huge cuts in its security budget. At the same time, it has failed to provide gainful employments or social security to the people hit hardest by the economic crisis.

The dangerous cocktail of poverty, crimes, drugs and guns has plagued Rio for a long time. The Olympics was an opportunity for the city to put its house in order by taking development to favelas and getting rid of drugs and guns. But the exact opposite seems to have happened. Few favelas have undergone any radical change. The people of poor communities have been shunted around and, in some cases, thrown out of their communities. As police made a ring of security around these communities, a large number of poor have also been victims of police high-handedness in the run-up to and during the Games.

And now, as per the signals coming from the country’s new leadership, things may only get worse. In a shocking statement this week, the country’s interim Minister of Justice, Alexandre de Moraes, said that Brazil needs less research on security and more guns and weapons. Criticising the government investments in recent years in public safety research, Moraes said he wants to give more “equipment” to the police.

As per these plans, the Brazilian police, who are notoriously trigger-happy, will now get more firepower. According to the Human Rights Watch, police in the state of Rio de Janeiro have killed more than 8,000 people in the past 10 years, including at least 645 people in 2015. According to human rights groups, many of those killed were innocent people.  Many were shot in the back as they were running away from heavily-armed cops.

During the Games, the poor could not go anywhere near the billion-dollar arenas made with public money. Now the circus would leave the town next week, leaving behind guns and a surge in violence. That will be the legacy of the Games for the poor of this city.