In Last-Ditch Effort For Re-Probe Into Gandhi's Assassination, Petitioner Says Need To Examine Whether There Was A Fourth Bullet Fired By Someone Other Than Godse

2018-03-12T10:52:32+05:30 In Last-Ditch Effort For Re-Probe Into Gandhi's Assassination, Petitioner Says Need To Examine Whether There Was A Fourth Bullet Fired By Someone Other Than Godse 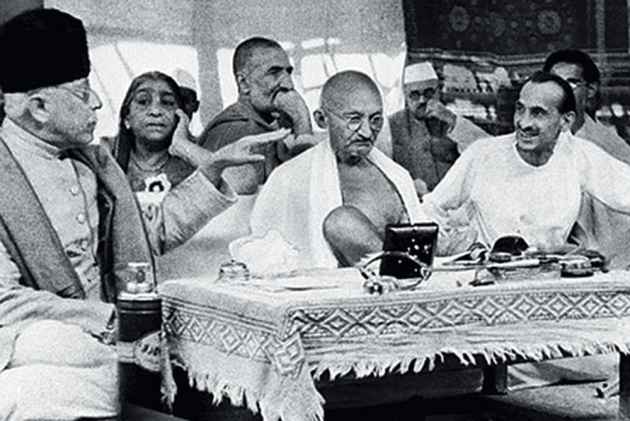 In a last-ditch effort to persuade the Supreme Court to order a re-investigation into Mahatma Gandhi's assassination, a Mumbai-based man has contended that there were several lacunae and said there is a need to examine whether there was a fourth bullet fired by someone other than Godse.

Referring to medical evidence, petitioner Pankaj Phadnis, a trustee of a charitable trust, Abhinav Bharat, has claimed that the forensic examination of the third bullet which hit Gandhi was not carried out and there was no post-mortem examination of the body despite the police asking for it.

There was a forensic examination of only two bullets, he said.

"The medical evidence on record shows that the consequent two wounds were 'dangerous' but not fatal," Phadnis said in a written submissions filed in the apex court.

Phadnis, who submitted a statement before the court on March 7 and another on March 10, had questioned the "three-bullet theory" relied upon by various courts to hold the conviction of Nathuram Godse and Narayan Apte, who were hanged. He had contended that there was a need to examine whether there was a fourth bullet, which was fired by someone other than Godse.

"No cognizance was taken in the investigation of the reports of four shots reported by The Dawn, Lok Satta, Times of India etc. Material eye witnesses such as Vincent Sheen and K C Roy who reported hearing four shots were not examined," he said, referring to two journalists.

Phadnis said a forensic examination of a photograph showing four wounds, blood stained shawls which recorded the number of wounds and a watch which may have stopped on being hit by a bullet was not conducted but could still be done.

In the written submission, filed before a bench of Justices S A Bobde and L Nageswara Rao which on March 6 reserved its verdict saying that it would not go by "sentiments", Phadnis has contended that Godse and Apte were denied their Right to Appeal to the Supreme Court of India by being hanged 11 days before the Constitution of India came to be adopted by the Constituent Assembly.

However, unperturbed by the court's remarks Phadnis said he was going to present a research paper at the Royal Historical Society in London where he would speak on Gandhi's assassination and its implications on global peace.

Other accused were not arrested and no records about them are available in the public domain even today despite an order of the Chief Information Commissioner in February, 2017, he said, adding that these lacunae were creating doubts in the minds of the people.

Phadnis has also sought permission to approach the Commissioner of Mumbai Police to seek his help to get copies of all photographs and motion pictures pertaining to January 30 and 31, 1948, available with the Gandhi Film Foundation, Mumbai, which, he said, may show four wounds so that he could get their forensic examination done at his own cost.

The apex court had on March 6 made it clear it would not go by "sentiments" but rely on legal submissions to decide on a petition seeking a re-investigation of the assassination, which has been dubbed by Phadnis as one of the biggest cover-ups in history.

The apex court said the plea seeking a retrial of the case was based on academic research but that could not form the basis to reopen a matter which happened years ago.