Gautam Gambhir and others from his foundation allegedly stocked and distributed drugs namely Favipiravir tablets and Medical Oxygen during a medical camp held from April 22, 2021, to May 18, 2021. 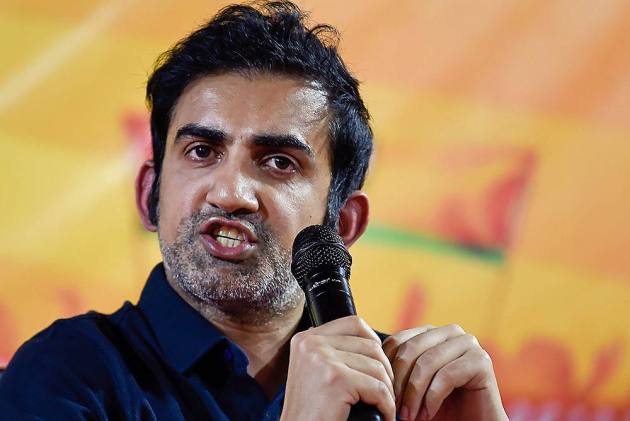 Delhi High Court was informed by the Delhi Drug Control Department, that BJP MP Gautam Gambhir and his foundation should not have illegally purchased, stocked, and distributed COVID-19 drugs without license during the second wave of the pandemic. Furthermore there is nothing to suggest that any person approached the cricketer-turned-politician for any assistance.

The department also said there is nothing to suggest that the state authorities failed to address any shortage of COVID-19 drugs. It asserted that Favipiravir tablets and medical oxygens are drugs that cannot be purchased for the purpose of stocking or sale or distribution by any persons/firm without holding the requisite license and it was unfortunate that the BJP leader was abusing the process of the court to raise political slogans.

In its affidavit in response to a petition by Gambhir and others against the criminal proceedings under the Drugs and Cosmetics Act, the department has submitted that the petitioners are well aware that an investigation was carried out against them in furtherance of the orders passed by the high court on complaints made by the public.

Drug Control Department had filed a complaint against the Member of Parliament from East Delhi, his foundation – Gautam Gambhir Foundation, its CEO Aprajita Singh, his mother and wife, Seema Gambhir and Natasha Gambhir, respectively, who are both trustees in the foundation – for offences under section 18(c) read with section 27(b)(ii) of the Drugs and Cosmetics Act. Section 18(c) prohibits the manufacture, sale distribution of drugs without a licence and Section 27(b)(ii) makes the sale, distribution without valid licence punishable with imprisonment for a term, not be less than three years but which may extend to five years and with fine.

In the affidavit, the department has informed that 2349 strips of Favipiravir (Fabiflu/Feravir) were admittedly distributed in a medical camp during the relevant period, and “despite acute shortage of drugs in Delhi, the foundation was found to be in possession of 285 strips of Favipiravir” which was subsequently handed over to the government authorities.

“The Petitioners have purchased the said drugs from various licensed dealers, stocked and distributed the same in a manner which is unauthorized and not permitted under Law. The petitioners should have obtained a drugs licence for procuring, stocking/distribution of drugs to individual patients on Forms 20/21under the Drugs and Cosmetics Rules,” the affidavit filed by the Drugs Inspector, Drugs Control Department said.

It claimed that an offence under the Drugs Act is a “strict liability offence” and “does not have any exception of bonafide activities done unlawfully. The Petitioner is attempting to use this petition for political purposes, which is an abuse of the process of law and the Petition ought to be dismissed on this ground alone. There is no basis to suggest that anyone approached the Petitioner for any assistance and there is no basis to suggest that the State Government Health Authorities failed to address shortages,” the affidavit stated.

“It is denied that the Drug Controller and the Director-General of Health Services, GNCTD failed in their statutory duty to the people of Delhi in providing life-saving drugs and oxygen. It is unfortunate that the Petitioner is abusing the process of the court to raise political slogans which have no basis in fact. The Petitioner may be put to strict proof of the same,” it added.

The department has further informed that as per the investigation, the doctors involved in the setting up of the medical camp have claimed that their role was “limited to verification of the prescriptions” given by the attendants of the patients and they had no role in the procurement, quantifying, stocking and distribution of the drugs.

The department has prayed that the petition ought to be dismissed for being devoid of any merits and made with malafide intention to delay the process of justice.

In his petition filed through lawyer Jai Anant Dehadrai, the petitioners have said that carrying out a charitable activity during an unprecedented catastrophe did not require any licenses, and initiating criminal proceedings for such acts would be a gross miscarriage of justice.

The plea further clarifies that neither Gambhir nor any of the other trustees had any intention to violate the law and that “it was the compelling circumstances of the deadly pandemic compounded by mass deprivation and inability to afford medicines that compelled the Petitioners to take this humanitarian step of organizing a Medical Camp, in the face of the pandemic, to help the needy.”

In July, the trial court had issued summons to all accused in the case and said that the complainant had been able to prima-facie prove the commission of the offence under the Drugs and Cosmetics Act. On September 20, the high court had stayed the proceedings before a trial court against the petitioners.