Gehlot In Rajasthan, Baghel in Chhattisgarh, Kamal Nath In MP To Be Sworn In As Congress CMs Today 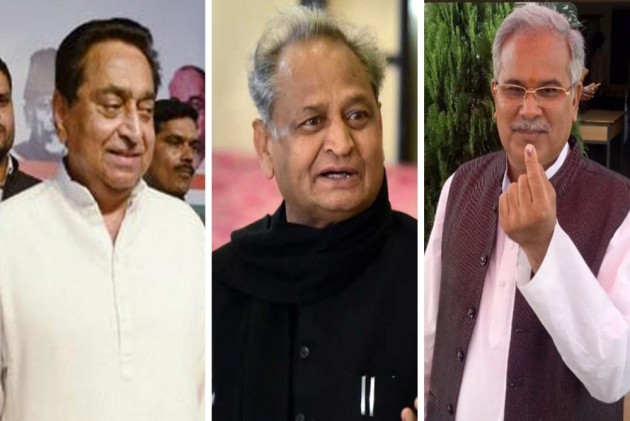 The Congress chief minister-designates of Madhya Pradesh, Rajasthan and Chhattisgarh will take the oath of office on Monday.

A host of opposition leaders are expected to attend the swearing-in ceremonies of Ashok Gehlot, Kamal Nath and Bhupesh Baghel as chief ministers of Rajasthan, Madhya Pradesh and Chhattisgarh respectively.

Sources said the Congress has also invited the Aam Aadmi Party and its leader Sanjay Singh is likely to attend the events.

Ashok Gehlot would be sworn is as the Chief Minister of Rajasthan in Jaipur around 10 am, followed by Kamal Nath as CM of Madhya Pradesh in Bhopal around 1 pm and Bhupesh Baghel as Chhattisgarh chief minister around 4 pm in Raipur.