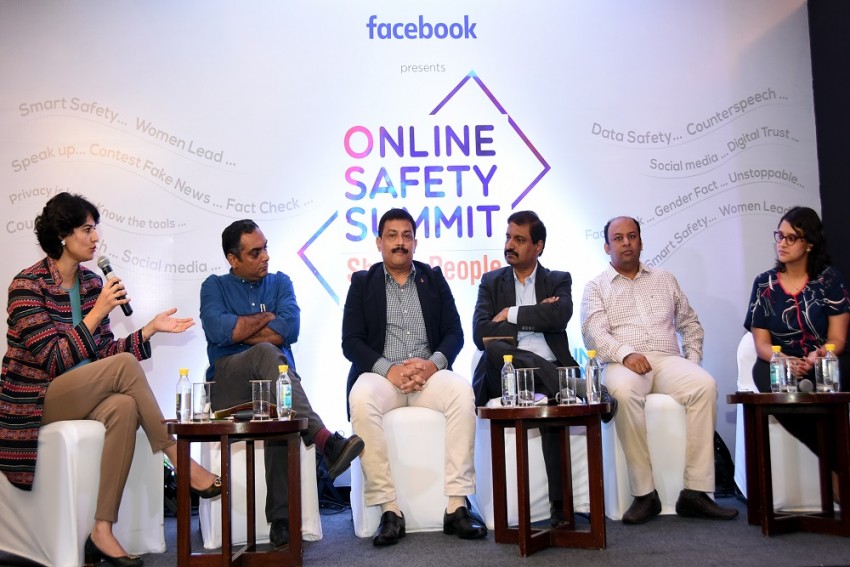 SheThePeople.TV is India’s biggest digital storytelling platform for women. Founded by Shaili Chopra, an award-winning journalist, it is the voice that Indian women today need.

Dedicated to championing and promoting a woman’s journey, SheThePeople.TV focuses on Empowering, Engaging and Elevating them. “From leaders, game changers, board members, executives, sportspersons and more, we engage with women who enrich the world with new ideas and innovations,” says Shaili Chopra.

Chopra’s inspiration was that India does not have 10 but half a billion women achievers. That women who are in the same rich lists are not emblematic of India’s female strength. There are real stories, successes and struggles that need exposure.

“SheThePeople. TV is on its way to becoming a focal point of inspiration for the Women leaders of tomorrow.” The Online Safety Summit, a SheThePeople initiative, was a collective conversation on current issues that can help us understand our ever-changing digital environment.

“Women are vulnerable to online security breaches, fake news, gendered abuse and sexual harassment,” says Chopra. “The challenges are many and identified but, the solutions are few and imperfect.”

The Online Safety Summit stands as an attempt to get all stakeholders together and explore a consolidated approach to safety. It elevates a sense of recognition that we are all in a community and as part of the same community, each individual has a role to play.

Panel 1, focused on Fake News and solutions to deal with the spread of rumors. On board were panelists Ankhi Das, Facebook | KG Suresh, Director, IIMC | Rahul Srivastava of UP Police | Nalin Mehta, Times of India | Pratik Sinha, ALT News.

“Fake news has been there from time immemorial. It has always been systematically spread by people against the regime,” says Mr. KG Suresh.

The panel members discussed about Media Literacy and the damage due to the circulation of fake news. As fake news has entered every household, Mr. Srivastava says, “We need to tap into the fake news that has entered our own houses.”

To ensure Media Literacy, the UP Police has taken the initiative ‘Police Ki Kaksha’ in order to educate the young masses. ‘Police Ki Kaksha’ will tie up with schools and colleges and promote media literacy as broadly as they can.

Srivastava also talked about ‘baked news’, which is neither fake nor real news which makes it difficult for people to deny it. News cannot be seen as black and white, there will always be gray areas.

“Promoting safe spaces for women on Facebook is very important to us,” says Ankhi Das. “Research shows us that in addition to normative barriers, concerns around safety prevent more online participation by women.”

Facebook is working on its policies to enhance transparency. There are also public education programs to build awareness and community capacity.

“Trolling has become an art form,” says Nazia Erum. “Everybody is trying to ace it.” Women and gendered abuse online is a discussion on how women are more prone to trolling and stalking, online and offline.

“Online misogyny is so destructive that it’s detrimental to human rights,” says Ngurang Reena. The change in narrative, with women having louder voices is, somehow, challenging ‘mardaangi’.

Uncomfortable conversations pave the way to social change. We as a community have individual roles in the betterment of our society. The conversation needs to start at home, where all the wrong education begins.

Anita Mishra believes that one needs to have empathy towards oneself in order to deal with the online abuse one faces. There have also been instances, as she revealed, the stalkers and online abusers come for therapy that instigates a personality disorder in some cases.

Mahima Kaul from Twitter talks about the policies. As different conversations take place, if a pattern of abuse is identified, there is action taken against the abuser. When people report an account, there is immediate action taken on the back end.

Twitter verifies the phone numbers at the time of login, hence, if there is any abuse they have the information of that person. Locked from commenting, tweet deletion or suspending the account are a few things done to take action based on the level of abuse. “The settings of any social media app is you best friend,” says Mahima Kaul.

Being a victim of online abuse can put the individual under serious mental health concerns. When women empower and enrich themselves, is when they will be able to deal better with being terrorized. Only then will they have the power to not succumb to the outside forces.

The online space is a powerful position to be in. But, it is also important to withdraw oneself from the online world, rejuvenate and come back with a greater energy.