Myanmar government is increasingly demonstrating it has no interest in establishing a fully functioning democracy in order to prevent genocide against Rohingya Muslims. 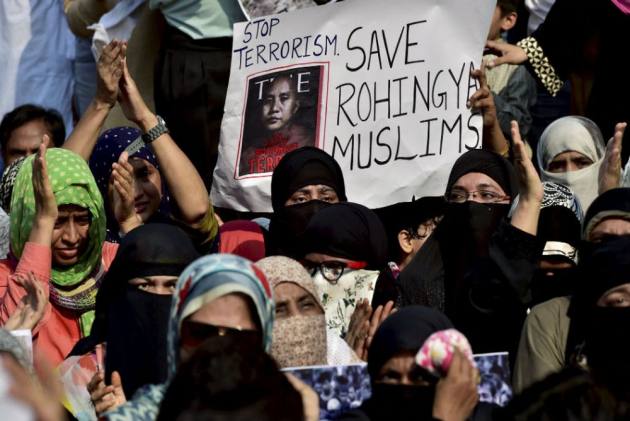 "It is an ongoing genocide that is taking place at the moment," Marzuki Darusman, chair of the UN fact-finding mission on Myanmar told a news conference Wednesday.

Darusman said thousands of Rohingya are still fleeing to Bangladesh, and the estimated 250,000 to 400,000 who have remained following last year's brutal military campaign in the Buddhist-majority country "continue to suffer the most severe" restrictions and repression.

The government is increasingly demonstrating it has no interest in establishing a fully functioning democracy in order to prevent genocide.

"The government is increasingly demonstrating that it has no interest and capacity in establishing a fully functioning democracy where all its people equally enjoy all their rights and freedoms," Yanghee Lee, the UN special investigator on human rights in Myanmar said.

Mayanmar authority was accused of pushing out almost 700,000 Rohingya Muslims of northern Rakhine state to Bangladesh after Myanmar launched a brutal crackdown in August 2017 on insurgents amid accounts of arson, murder and rape at the hands of soldiers and vigilante mobs in the mainly Buddhist country.

Myanmar had vehemently denied allegations of ethnic cleansing, insisting it was responding to attacks by Rohingya rebels.

"It is not upholding justice and rule of law" which Suu Kyi "repeatedly says is the standard to which all in Myanmar are held." If this were the case, she said, fair laws would be applied impartially to all people, impunity would not rein, "and the law would not be wielded as a weapon of oppression."

"Its continued denials, its attempts to shield itself under the cover of national sovereignty and its dismissal of 444 pages of details about the facts and circumstances of recent human rights violations that point to the most serious crimes under international law" strengthens the need for international action because "accountability cannot be expected from the national processes," he said.

The Security Council voted to allow Darusman to brief members, with the minimum nine "yes" votes. China, which is Myanmar's neighbor and ally, Russia and Bolivia voted "no" and Equatorial Guinea, Ethiopia and Kazakhstan abstained.

Lee stressed that their "repatriation is not possible now." "I will not encourage any repatriation," the UN envoy said.

"Conducive conditions means they should not go back to the existing laws, policies and practices ... the oppressive laws, the discrimination. The minimum they need is freedom of movement, access to basic health services."

Lee said "there's been a lot of progress in terms of economic development and infrastructure, but in the area of 'democratic space' and people's right to claim back their land ... there is no progress."

Rohingyas still living in Myanmar have no freedom of movement and are still surviving in apartheid situation.

"The camps, the shelters, the model villages that are being built, it's more of a cementing of total segregation or separation from the Rakhine ethnic community."

Darusman said he will urge the council to take action to hold those responsible for atrocities against the Rohingya accountable, either by referring Myanmar to the International Criminal Court or setting up an international tribunal.