Get Alli! Tunisia Coach Singles Out Dele The Dangerman As His Team Set To Take On England Today

The confident coach, in his second spell as national team boss, said his side could beat England and open the door to progressing from the group stages and to the quarter-finals. 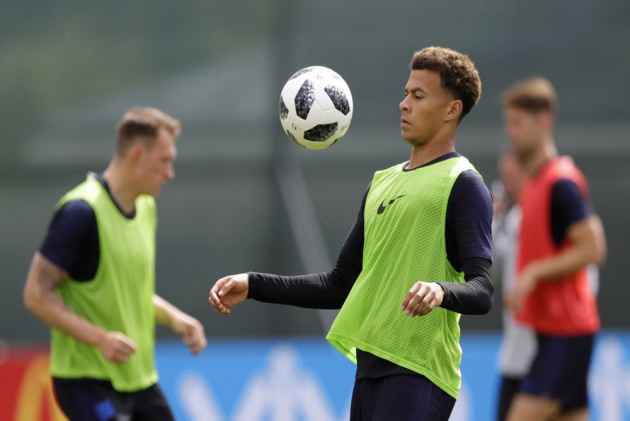 Tunisia coach Nabil Maaloul has singled out England's Dele Alli as his side's most dangerous opponent as he prepared for their World Cup Group G opener at the Volgograd Arena on Monday.

The confident coach, in his second spell as national team boss, said his side could beat England and open the door to progressing from the group stages and to the quarter-finals.

"Why not?" he told reporters ahead of his side's final training session in Volgograd on Sunday.

"Our team is ready," he added, referring to recent warm-up results where they drew with Portugal and lost narrowly to Spain.

"We played well in friendlies. We did well and we expect to do the same here."

But he stressed that to do well against England, Tunisia had to keep Alli quiet, and confessed he was an admirer of the 22-year-old Tottenham midfielder.

"He is a great player," said Maaloul. "He is a midfielder who can play anywhere: centre, forward or deep midfield, up front on his own or wide on the left.

"We know how easily Alli and Kane can find each other and their understanding so must divide them.

"The most dangerous thing for me is the way he sees the match and plays the last pass."

The Tunisian coach placed England among the favourites to win the World Cup despite their abject record in recent major tournaments.

The Three Lions failed to get out of their group in Brazil in 2014 and were humiliated by Iceland in Euro 2016 in France.

"I was in the stadium when they played Iceland," he said. "Now they are a more stronger side. The result is not going to be the same tomorrow.