'Get Ready For More Droughts' 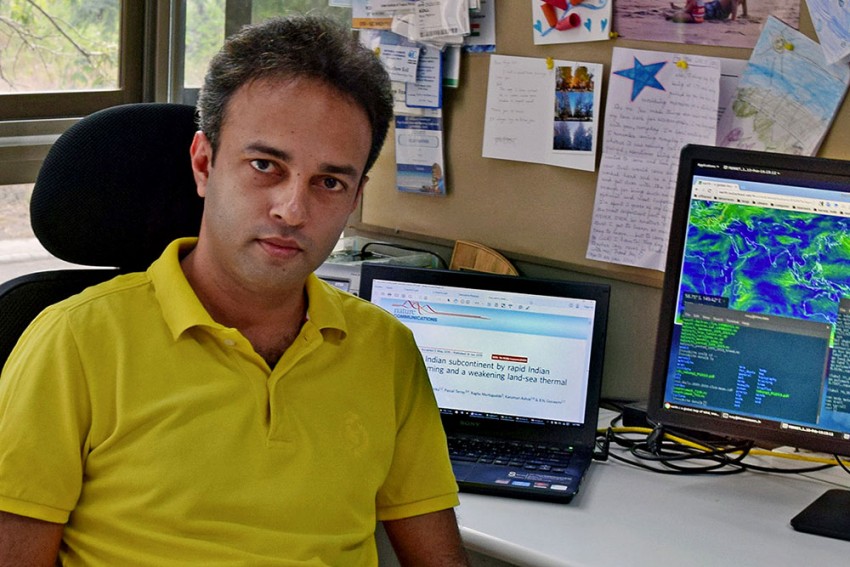 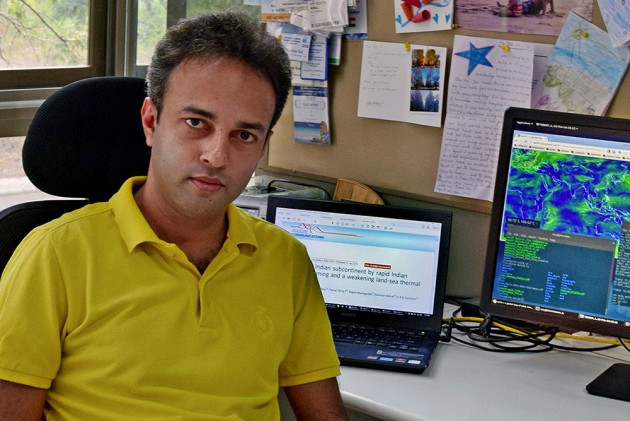 Roxy Mathew Koll is a Climate Scientist at the Indian Institute of Tropical Meteorology (IITM), and an Adjunct Associate Professor at the University of Pune. He previously worked as a Research Scientist at the Euro-Mediterranean Centre for Climate Change in Italy and as Visiting Scientist at the National Oceanic and Atmospheric Administration (NOAA), Maryland. He is currently leading research on ‘Indian Ocean warming’ and its impact on the Monsoon and the marine ecosystem. He discusses some of his research findings with Prachi Pinglay Plumber.

Has your research thrown up any insight into the present agrarian challenges?

Our study indicates that there is a gradual decline in the total rainfall received over central India, during the past half century. In fact in these regions we find there are long dry periods interspersed with short spells of heavy rainfall, which is unfavourable to agriculture. The agriculture sector uses over 80% of the available water in India. Despite large investment in irrigation, more than 60% of the cultivated land in central India are still rain-fed. Instead of traditional irrigation methods with only 35-40% efficiency, we need to employ micro-irrigation techniques like drip and sprinkler irrigation where efficiency can rise up to 60-80%.  We also find that tree coverage has declined by as much as 30%  whereas crop coverage has increased by 45% in India. Though increase in crop-fraction presents some immediate benefits to the agriculture sector, the long-term effect on the monsoon has been detrimental.

What kind of preparedness is required to avoid the kind of water crisis we are witnessing this year?

Five of the past fifteen years have been drought years due to deficient monsoon. The gradual but consistent decline in the monsoon rainfall indicates that we should be prepared with long-term strategies for the water crisis. Monsoons during the past two years were deficient due to the El Niño conditions. Climate models predict that the magnitude and frequency of El Niños might increase in the future with increasing greenhouse gas emissions, and this can present more droughts in the future decades.

Other than the El Niño, the rapid warming in the Indian Ocean also pose a challenge. Our research indicates that this warming is playing a major role in weakening the monsoon winds which brings the moisture from the Indian Ocean towards the subcontinent. This means that the monsoon might be on the path to further decline in the coming decades. Accurately predicting the summer monsoon however is still a challenge.

Do you find a similar problem in other parts of the world? What role does climate change play?

As the atmosphere warms due to increased heat-trapping greenhouse gas emissions, it can hold more water and that too for a longer time. This can result in long dry periods intermittent with a few days of heavy rainfall. Globally, extreme events—both droughts and heavy rainfall events—are on the rise. Studies show a 20-30% increase in extreme events over the US, Europe and South Asia during 1981-2010. The rise is largest over Southeast Asia, with an increase in extreme rainfall events by about 56%.

The Left Regains Its Passion