Today's hearing of Supreme Court in the case of Gen V.K. Singh’s date of birth (DOB) is the first sign of government machinations getting exposed... 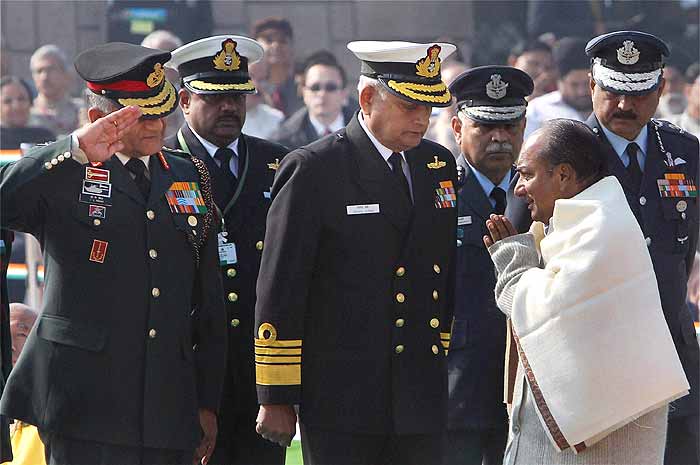 Today's hearing of Supreme Court in the case of Gen V.K. Singh’s date of birth (DOB) is the first sign of government machinations getting exposed. The defence minister saying the problem is making of Army Headquarters is so true, but how does he absolve himself and his staff in ministry of defence (MoD) of complicity?

It is pathetic to see some veterans trying do down Gen V.K. Singh in TV debates when the facts are abundantly clear. But then so are the motives of these gentlemen. It is surprising to see how some are prepared to take individual friendship with demons / devils to any level—even down the sink hole and also at the same time talk of propriety, morals and ethics. Take the case of an ex Army Commander who surely knows someone called Pran Nath whose own bank account was sealed last year under the 400 crore Citi Bank Fraud and whose grandson is still in jail. Such guys would be well advised to look themselves in the mirror, double lock their cupboards and remain underground before skeletons come tumbling out. Their repeated emphasis that Gen V.K. Singh should resign are obvious tactics to keep the ‘chosen line of succession’ still going. Examination of their compulsion could well come up with some startling revelations—beyond friendships.

Readers can decide who the Demons / Devils and Jackals are. If the former go unpunished, it would be a systemic failure in reinforcing this devilish conspiracy and preventing recurrence. The jackals have been howling about the army being affected. Actually, the entire nation is affected, albeit the mafias are for a different reason. The Army is not just one service of the military but more than 85 percent of the military. You just cannot treat an Army Chief like this. Those who continue to support the conspiracy against the Army Chief are no less than enemies of the state.