While Karnataka is in the midst of a political thriller, a celebrated son of the state turns 80 on Saturday. A look at the early phase of multi-faceted cultural personality: 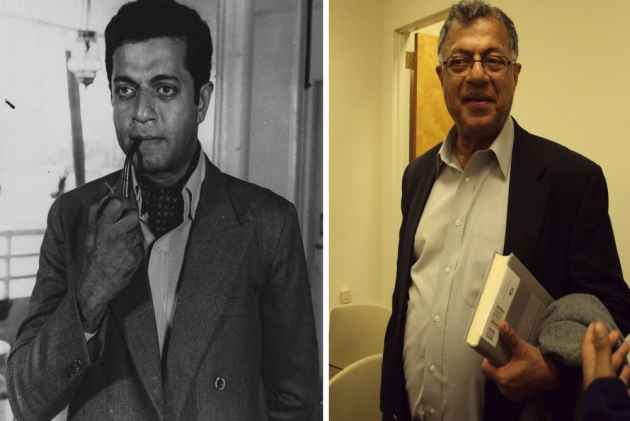 Strikingly handsome, Girish Karnad was around 35 when he left for a film shoot and came back home after his assignment as an actor in that project. In drawer of the table in room, the artiste had kept a love letter he had just got from the family’s young maid. He was flummoxed to find the piece of paper missing.

“Where’s it,” Karnad asked his mother. “What?” she asked with a clever smirk. “The letter,” the son replied candidly. “I have torn it away and threw it out,” she announced, adding, “What were you planning to do with anyway? Blackmail the poor creature? Girls of her age will naturally have such fantasies.”

The mother was no way conservative or being strict with her children. She was very open about almost everything, notes Karnad, in an interview for a documentary on him made ahead of his 70th birthday. Today, on May 19, 2018, the multifaceted cultural personality turns 80.

Karnad, in the 27-minute film presented by the Sahitya Akademi, acknowledges the tremendous influence his mother has had on him right from childhood. Krishnabai Mankeekar was the second wife of his father who was a senior civilian officer in the British-era India. It was only when Karnad turned 16 that he realised that the eldest of his siblings was his half-brother, points out the documentary, Scattering Golden Feathers. So much for the bond that existed in the household.

Karnad’s mother—a nurse—was an early widow, who fought for the welfare of fellow women and focused specially on the rights of widows for a decent life in society. Krishnabai had herself struggled a lot in life; so it was natural for her to be empathetic towards others—including the home maid who expresses her love to the malik’s son.

As for his interest in theatre, Karnad notes that it groomed from his early days, courtesy a green and rugged west-central Karnataka countryside where his father was posted. The arecanut belt called Sirsi of Uttara Kannada was culturally rich with its theatre—more so the traditional Yakshagana. That also helped Karnad enrich his mind with stories of all kinds—folk, Purana and contemporary.

Then, in 1952, when Girish was in his early teens, the Karnads moved to Dharwad in what is today upstate Karnakata bordering Maharashtra. His family lived in a ghetto of their Saraswat Brahmin community—a house that had earlier briefly hosted Mahatma Gandhi during the Independence struggle. Karnad recalls how at the local market he (like many others) would speak in both Kannada and Marathi, given that the town lay in the cusp of two cultures. There, he schooled at Basel Mission and then got admission at Karnatak College in Dharwad.

It was in mathematics that Karnad graduated in 1958. Those four years also meant a close association for him with writer V.K. Gokak—who later went on to win the Jnanpith in 1990, eight years before Karnad himself got the country’s top literary award. Karnad dabbled with theatre around that time—and in 1960 left for Britain for higher scholarship. He studied philosophy, politics and economics at Magdalen College under the University of Oxford, earning an MA in all the three subjects. In the last year of his studies there in 1963, Karnad was also elected the president of Oxford students’ union.

The Akademi documentary notes that when Karnad returned to India then, he had scripted the play Tughlak (which was staged first 1964), while he had just prior to his journey to England published another by the name Yayati. In fact, Tughlak shot him to national fame, what with the play getting staged by an array of renowned theatre personalities in varied languages: Alyque Padamsee, Ebrahim Alkazi and Sombhu Mitra among others. Equally celebrated was his play Nagamandala, which also had a Kannada movie version that came out in 1997.

The documentary, directed by theatre person and filmmaker K.M. Chaitanya, has Karnad noting how he conjured up with Hayavadana, a 1975 play that earned him further recognition. It is primarily inspired by German writer Thomas Mann’s 1940 novella The Transposed Heads, which Karnad initially proposed to be made into a film.

In the world of movies, too, Karnad did earn an esteemed place. If Sanskara (which had its 1965 story written by U.R. Ananthamurthy) was his debut in Kannada cinema (in 1970), he went on to act also in Hindi, Tamil, Malayalam and Assamese. Equally notably, he was instrumental in introducing some of Kannada cinema’s popular actors (such as Vishnuvardhan and Anant Nag).

Karnad has also been instrumental in grooming some of the country’s frontline cultural institutions such as the Karnataka Nataka Academy and Film and Television Institute of India, besides the Nehru Centre in London.