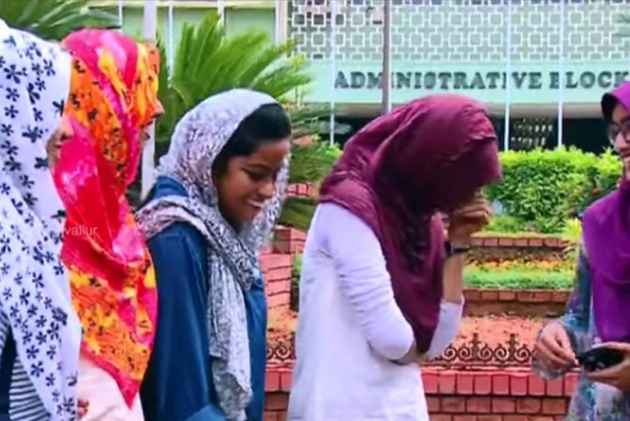 A professor in Kerala has stirred a controversy with his statement that girl students of his college do not cover their chests with hijab but display them like the slice of water melon.

The professor’s voice clip allegedly from his speech during a family counselling is now doing rounds on social media.

"I am teacher of a college where 80 per cent of the students are girls and of that, majority are Muslims. These girls are not wearing dress as per the religious tradition. They are not covering their chests with hijab. But showing part of it is like slice of red water melon being displayed," he has been heard saying in the clip, as translated by The Deccan Chronicle newspaper.

He is an Assistant Professor teaching at Farook Training College in Kozhikode.

According to reports, he also slams girls wearing leggings, saying the girl students hold purdah deliberately up to show off the leggings.  He also warns them that this kind of immoral dress style will lead them to losing both physical and spiritual worlds.

In another development from the college, local media reported on Saturday that the police on had booked a lab assistant and three teachers of Farook College on charge of manhandling a group of students for celebrating Holi inside the campus on March 15.

Earlier in 2015, the College was in news for allegedly imposing restrictions on girls and boys sitting together or mingling with each other.