The re-election of Barack Hussein Obama as American President is dream to some, nightmare to others 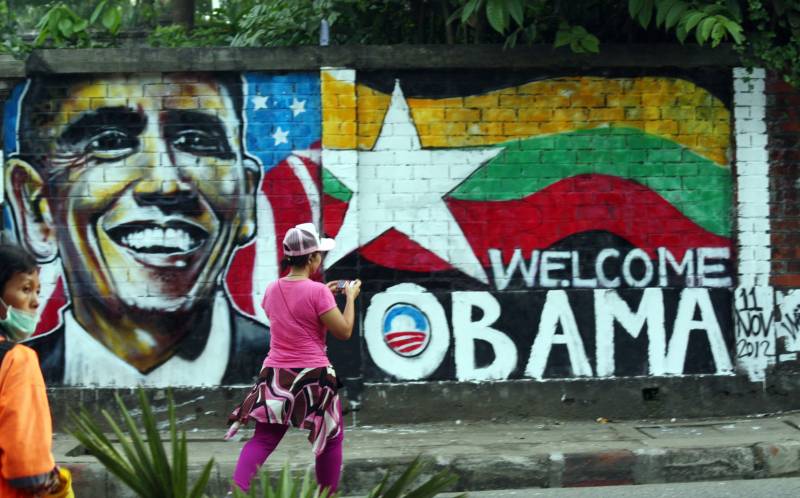 The announcement by the Norwegian Nobel Committee in October 2009 that Barack Obama had won the Peace Prize came as a surprise to just about everyone, including the recipient. The president, barely nine months into his new job, knew that the award was an encouragement of his aspirations, not recognition of his accomplishments. He said as much in accepting the prize at the Oslo ceremony two months later.

Over the ensuing three years, Obama negotiated a new strategic arms treaty with Russia, made progress in stamping out the high command of Al Qaeda, and coped deftly with “black swan” events like the Arab Awakening. But on two challenges of existential importance, he has come up short: strengthening the global nuclear non-proliferation regime and leading an international effort to slow the process of climate change. Obama had given priority to both goals in his 2008 campaign and first inaugural address but was thwarted on both, largely because of partisan opposition in Washington.

Obama had hoped to use momentum generated by the 2010 ratification of the “New Start” arms treaty to persuade the Senate to do something it should have done 11 years earlier: ratify the Comprehensive Test Ban Treaty, CTBT, a pact that would, if it had entered into force, be the culmination of a 50-year American initiative. Instead, the dynamic on Capitol Hill was the opposite of momentum: Republicans who had reluctantly approved New Start opposed CTBT, largely so as to deny Obama another victory.

On climate change, the House of Representatives passed a bill to reduce carbon emissions in 2009; but the Senate, then controlled by Democrats, never voted on the House bill or a Senate version because they could not break a Republican filibuster. Some GOP stalwarts— notably including Richard Lugar of Indiana, Lindsey Graham of South Carolina and Susan Collins of Maine— had long acknowledged the threat posed by climate change. But they were outnumbered by colleagues who saw the alarm as a hoax designed to enlarge government’s role. That view was reinforced by polls at the time showing a decline in the number of Americans who accepted the overwhelming scientific evidence that the peril was real and growing worse by the year.

Republican hostility to a sitting Democratic president during Obama’s first term has been more intense, sustained and unified than anything we’ve seen in modern times. During Obama’s inauguration, senior Republicans met privately to develop a strategy to ensure failure in virtually everything he hoped to do. Shortly before the Democrats lost control of the House of Representatives in 2010, the Republican leader in the Senate, Mitch McConnell of Kentucky, stated outright that his top political priority was to deny President Obama a second term.

This breathtaking rejection of the principle of compromise— call it the audacity of irresponsibility— reflects the extreme polarization of American politics, which in turn reflects the dark underside of what’s most uplifting about the Obama phenomenon. The same attributes of the 44th president that have made him a prodigy in the eyes of many Americans— and much of the rest of the world— have also made him a target of unprecedented mistrust and hatred.

Campaigning in 2008, Obama drew appreciative laugher from friendly audiences when he referred to himself as “a skinny black guy with a funny name.” His victory was as much a credit to the evolution of the country as it was to him. But there was still a race barrier for him to overcome, and it remained four years later.

Obama is not just an African-American— he’s half-African, and he spent part of his childhood in Indonesia to boot. His middle name isn’t funny to Americans who associate it with the late unlamented dictator of Iraq. For some, the name screams “not one of us”— a red flag to nativists, birthers and the 17 percent of Americans who believe their president is Muslim.

During the 2008 campaign, he identified himself as a “citizen of the world.” Obama is not the first president to make that claim. Jack Kennedy and Ronald Reagan did, too. But Obama is the first to do so before he was elected. Moreover, he did it on foreign soil, at the Tiergarten in Berlin in July 2008. The venue was part of his message: He was campaigning for the leadership of his own nation by demonstrating his appeal to and identification with people of other nations, regions and cultures.

In the early 1980s, when Obama was in his 20s, he worked as a community organizer in Chicago. On several occasions during his campaign he cited that experience as a lesson useful to organizing the community of nations in an increasingly interdependent world.

In short, Obama supports global governance, even though he carefully avoids that phrase since it makes many Americans think of black helicopters and is even more toxic than “citizen of the world.”

For all these reasons, Barack Hussein Obama has— by virtue of his identity, his biographical narrative, and his worldview— the ideal credential to lead the US in the age of globalization. For many Americans, his ascension to the White House has been a dream come true. For others, however, it continues to be a nightmare, a confirmation of their deepest fears about Obama and globalization itself.

So what now? Will Obama succeed in his second term where he was frustrated in his first? The answer depends on how hard he tries and how willing the Republicans in Congress are to work with him.

On global warming, Obama’s hand may be strengthened. His tenure in office no longer depends on voters in the coal-producing precincts of Ohio and Pennsylvania. Also, as of this past summer, opinion surveys show an upward trend in public concern about climate because of what people experience firsthand: freak droughts in the Corn Belt, falling water tables in the Southwest, catastrophic fires in the Rockies and a tropical storm devastating the Northeast in late October. Ironically, Sandy provided an election-eve pair of boons for Obama: Michael Bloomberg, an Independent and New York City’s mayor, endorsed the president; and Chris Christie, Republican governor of New Jersey, praised Obama for his handling of the disaster.

Another test of Obama’s courage of his convictions is whether he makes an all-out effort to ratify the CTBT.

The overarching question about Obama’s second term is whether he can reassure his domestic constituency and his global one that America is governable. Traveling around the world, I’ve been struck by the level of interest in— and anxiety about— this year’s US elections. The suspense wasn’t just about who would win, but whether winners and losers in the races for the White House and Congress can break the multiple impasses that have so crippled national governance in recent years.

Much will depend on whether the federal government can avoid hurtling over the edge of the so-called fiscal cliff. If so, it will augur well not just for the US economy but for the world’s. It will also help restore American leadership of global governance, by that or any other name. While that won’t get Obama another Nobel Prize, it will make him, and the Norwegians, feel better about the one he collected three years ago.