The Festival, 'Dance Connect', was an exploratory journey through movement, five senses and technology. 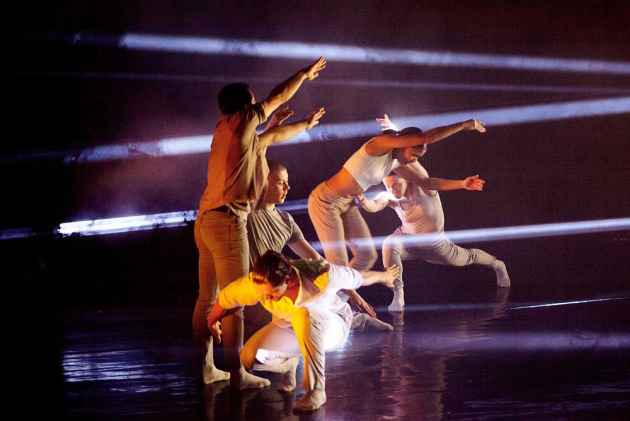 The Contemporary dance genre in India has emerged as a link programme between the local and global cultural identity. The 7th Attakalari India Biennial in Bengaluru is South Asia's largest and most important festival of contemporary dance and digital arts. While it has always been a center for the traditional, local dance forms, the Biennial, spread over ten days, marks the growth of India and Bengaluru as a global melting pot for creative energies. More than ever, there is a need to chart National/Regional cultural policies that address the importance of creative and cultural industries along with the systematic participation of the corporate sector through their CSR programme.

Jayachandran Palazhy, Founder and Artistic Director and his team backed by an impressive line of private, public, National and International range of patrons hosted an awe-inspiring programme.  The festival brought together cutting-edge contemporary dance and digital performances from countries across the world like New Zealand, France, Germany, China, Norway, Switzerland, The Netherlands, Korea, United Kingdom, South Asia and India. Most of the International representation was made possible by proactive embassies and cultural bodies such as the Alliance de Francaise, British Council, Goethe Institute, Swiss Art Council Pro Helvetia, Cultural Wing of the Chinese Embassy and InKo - The Indo-Korean Cultural and Information Centre among several others.

Occupying center stage in a multi-tiered structure of both performative, and cerebrally stimulating programmes, were choreographies by well-known choreographers, members of a choreography residency programme and emerging choreographers from the South Asia platform.

The growth of the contemporary dance genre was started in United States. It was a pity that the Americans who actually pioneered this genre of dance were nowhere to be seen. The initial artists of this movement who date back to late 19th and early 20th century found themselves questioning the idea of movement, place of the individual identity, concept of time and space and much more as was seen within frames of 'traditional' and 'classical' forms of Western Dance. Interestingly, the pioneers such as Ruth St Denis and Ted Shawn turned for answers to the East. (Both toured India, Japan and Egypt). Their efforts were taken forward by Martha Graham, who has been compared to the Picasso of dance. Later came Paul Tayler, Merce Cunningham and Rudolf Laban. The latter created a scientific documentation of movement and space measurement used even today. Interestingly, an in-depth study of movement science has been done by well-known dance scholar Dr. Kapila Vastayayan in which she reviewed both the Western Laban system and that which was presented in the 2nd c Indian text on Performing Arts Bharata's  'Natya Shastra'.

The birth of some of the most amazing technological developments in the 21st century has allowed us to be connected with groups and individuals worldwide.  Thus the Festival, titled 'Dance Connect', was an exploratory journey through movement,  five senses and technology where various issues related to the new existential environment of the 21st century emerged within binaries which human beings create and struggle with to explain. The existence of such frames of time- space, virtual-real, mechanical-emotional, traditional-modern, connect-disconnect, came trajectories of viewing how the human body/bodies questioned, answered and explored these dynamic boundaries through the medium of dance.

New Zealand's Daniel Belton's 'Traces' captured the idea of line and revolving extensions in sound and dance movement portrayed through the medium of a film which was projected on the outside body of the concrete, violin shaped structure  of the Chowdiah  Memorial Hall. Whereas German choreographer Constanza Macras said, "For me dance does not have to be beautiful and decoratively pleasing. I see dance as a political instrument, in the sense that it exposes the underlying problems of society." Her piece titled 'The Past' included an in-depth exploration of Bangalore's past and present with the assistance of the art of memory, what happens with our memories, what happens to those who remember; architectonic places as narrative instruments of our history: in the rewriting of it, for overcoming the wounds of the past, and for understanding contemporary events (personal and global) as part of a constant cycle. Her work reminded one of Ariane Mnouchkine's work. Mnounchkine, the Ibsen awardee French stage director, has expressed similar concerns through her avant-garde ensemble Theatre du Soleil .

British choreographer Alexander Whitley's kinetically charged 'The Measures Taken' performed in the contemporary Ranga Shankara Theatre was rooted in digital collaboration, and was both a dialogue and a duet between human movement and the digital world. We are the most technologically connected generation in history but are perhaps, the most emotionally disconnected. One could feel the same contemplation in another way in the Black Out by Philippe Saire (Switzerland) which was an elegy to the dark side of human beings, with impressions of humans caught in web of material culture was projected at the center of the performance and dancers left traces of their movement on a floor strewn with black granules.

The Festival displayed compelling range of Asian artists many of whom had moved away from their traditional dances into the realm of the Western Contemporary genre but returned to imbue their new reflection with their traditions thus creating a synergy of glocalization. This is illustrated through Jayachandra's own journey as well. His return to Bengaluru to start Attakalari marks the interaction of Western Contemporary and Kathakali and Kalari.  The most spectacular journey, however was captured by the Chinese Tao Theatre Company who presented two un-named pieces called 4 and 5. Interestingly, choreographer Tao Ye "never went west, and was never part of any religious environment. He does not give any title to his compositions, works in isolation, questioning various concepts of movement, space and time. He leaves much of the audiences' interpretation. For example in 4, the dancers were told never to touch each other, in 5 the underlying principle was only of touching," said Alison, his manager. 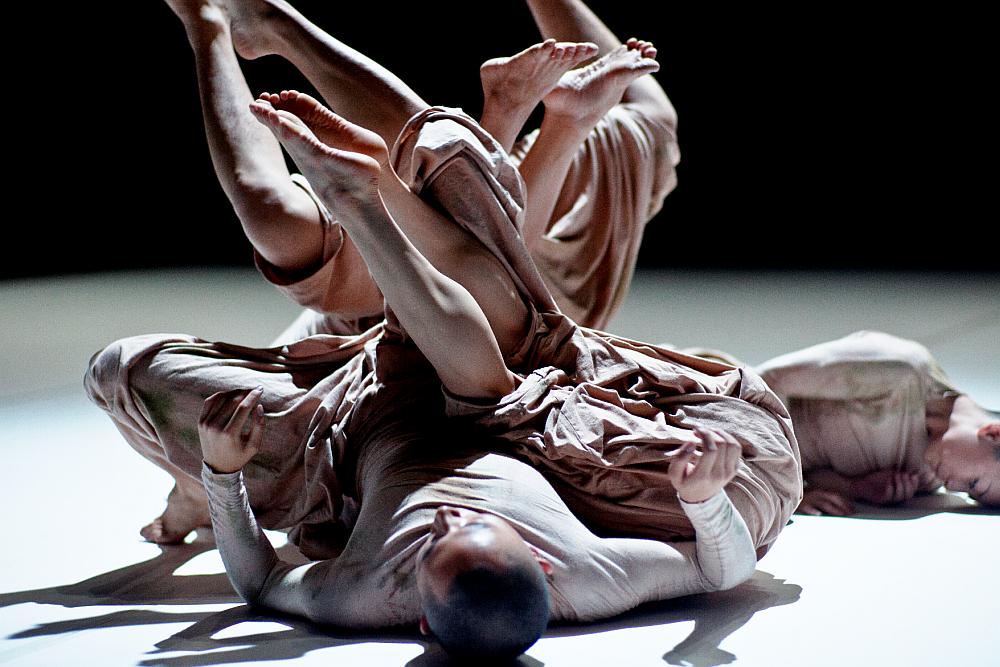 However, while one watched these amazing pieces one witnessed two things. Firstly, in the '4'  it seemed as if it was a display of visualizing a Buddhist Mandala, while the '5' appeared to be a dynamic representation of a symbol shared by both Buddhists and the Taoist tradition called the 'Endless knot'. Could this fascinating coincidence show the phenomenal power of 'genetic memory', where cultural traditions may not be a part of an individual's lived environment but somewhere these cultural traditions are genetically memorized and find expression perhaps involuntarily?

Secondly, since the choreographer travels around the world it appeared that he was in some way inspired by the path breaking work of the American Dance company Pilobolus.  Pilobolus is the name of a fungus. An organism which by nature grows only in synergy with another body. The American dance company creates works that explore human relationships. Tao's work reflected the idea of human relationships which interestingly brought out the idea of energy and spiritual in a palimpsest fashion.

The festival concluded with Mandeep Raiky from India. His production titled 'Male ant has straight antennae', which investigated the physicality of the male body through movement, relationships, games and touch.

This important Festival was an investigation, an exhibition of the exploration of man, his body in a world of two realities in which we all exist today, the tension between the actual and the virtual.