Sussegad no more, once-sleepy Goa goes to the polls on March 3rd, while the improbable candidature of a rangy Catholic priest promises to offer an unconventional campaign trail. Join in 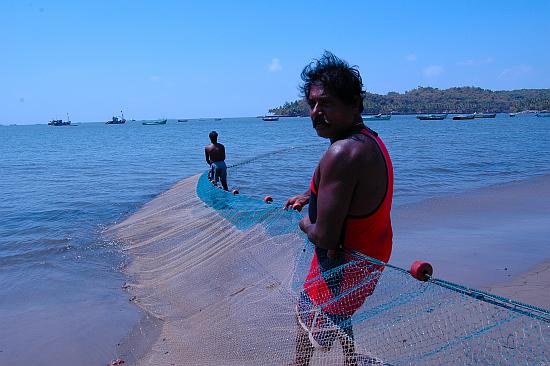 India’s smallest state—and by many measures, its richest—has undergone five years of mega-development, shadowed seemingly inevitably by tawdry mega-scandals that have demonstrated to include almost all of the state’s political and economic elites.

Illegal mining has flourished uninterrupted as Chinese demand for iron ore sent prices soaring over the past decade, spreading devastation far beyond the 20% of Goa’s green cover already earmarked for the mineral lobby. This has created a cadre of oligarchs whose writ increasingly holds sway a la Bellary.

At the same time, brazenly illegal construction has hit the once-spectacular coastline like a tsunami of concrete— Jairam Ramesh was talking about more than 2000 egregious CRZ violations a full two years ago. That number has surely doubled since.

All this reflects seemingly unstoppable economic growth, but the rapidity and extent to which the state’s environment has suffered has caused tremendous anguish, and increasingly widespread protest.

Goa—pristine as recently as a decade ago—now features in National Geographic’s “10 worst beaches in the world” list. In July 2011, the National Institute for Oceanography declared all of the water off the coast of the state “unsafe for bathing and fishing” due to alarmingly unhealthy concentrations of faecal coliform bacteria.

Feelings run particularly high about migration—the state population of 1.6 million is already poised at 50-50% between the natives and a torrent of newcomers from around India. Increasingly, huge numbers of foreigners are seeking respite from the economic doldrums that continue to weigh down the economies of their home countries, and “downsizing” to Goa. Now locals worry about demographic displacement, losing their distinct culture and identity, becoming a minority in their own state.

Goa’s legislature is as contaminated as the beaches. In Konkani, its 40 representatives are most commonly referred to as Ali Baba’s thieves. They are a motley assortment of village strongmen and satraps, functioning together in a style that’s distinctly reminiscent of a criminal syndicate.

Many have held their seats for decades, switching parties and allegiances whenever expedient. Before the boom came, the government changed every year, sometimes twice or thrice.

But the more recent trends worry Goans far more—there seems to be a tacit understanding across the political divide, that everyone so inclined can go ahead and loot and pillage while the going is good.

Thus, the incumbent coalition survived its entire term without serious incident, and all quiescent parties have been rewarded with an extraordinary bouquet of seats for cronies and family members.

This would seem to be an opportunity for the BJP, which led the opposition. But that party’s slate doesn’t pass the smell-test either. As in every single one of the other recent state elections, there seems to be widespread political match-fixing going on to deliver up yet another iteration of the current scenario, the same old scenario: business as usual.

Such a depressing scenario isn’t a mere likelihood either—we are talking about a sure bet. Everyone in the know in Goa will tell you the same thing—business as usual is the guaranteed outcome, politics in the state is100% predictable.

But there is something new this year. That tired consensus came about before the improbable candidature of Bismarque Dias, a rangy Catholic priest who has cast off his official robes to run against Pandurang Madkaikar. On the one hand, a veteran politician of the old guard who has overseen huge real-estate development in Cumbharjua, a constituency that encompasses the ancient capital of the colonial Estado da India and a number of beautiful river islands. On the other, a seeming eccentric.

Full disclosure here: I have no doubt at all that Bismarque will lose, and badly.

However, it is true that he does not think so, and his supporters don’t think so, either. What is more, they are out on the campaign trail in an unconventional but determined manner. For Outlook, I am going to trail this unconventional campaign to see what it reveals about democracy in India, circa 2012

Vivek Menezes is a widely-published writer and photographer, based in Panjim.