It's not just xenophobia but a feeling that Goan culture is being diluted because of the influx 'outsiders'. 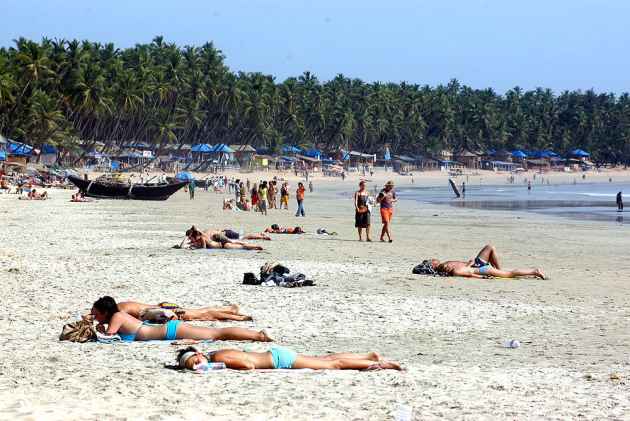 Saving Goa from the 'outsider'

It's no secret that Goans tend to be schizophrenic in their attitude to "outsiders",?  ?"?bailos"? ?(the Konkani word for non-Goan settlers)?, or? "Delhiwalas"(which includes anyone north of the Vindhyas). It's not just xenophobia but a feeling that Goan culture is being diluted because of the influx.Those that don't say it out loud is because they have gained from the influx — particularly from the money bags that have come and bought heritage houses and to be fair, have lovingly restored them. For instance, even as I write "outsider" friends of mine have rented a house overlooking a river in Brittona, in the north, and the Goan landlord knows deep down that his price tag of Rs 6 crore for the 100-year-old house is only something that an "outsider" can pay.

But the underlying resentment is always there and has become the stuff of tiatrs (musicals). The latest is Undir Mogan Poddla by well known tiatrist and director Roseferns (Antonio Rosario Fernandes), who wrote his first three act tiatr back in 1972 for a school function, and has gone from strength to strength establishing the Roseferns Dramatic Troupe in 1980 along with his wife Succorina (stage name Succoferns).

Roseferns' 83rd production Undir Mogan Poddla is about saving Goa from migrants. "Today everywhere we look migrants dominate. The goings on at Tiracol is one such instance where land has been sold to build a golf course." He admits that Goa needs development but asks "should it be at the cost of demolishing houses and felling trees?"? ?It is clear that his generation is desperately trying to hang onto the vestiges of Goa that seem to be fading with Gen X migrating abroad or to metros to further their prospects. His tiatr is an appeal to them to come forward and save Goa. As he puts it, "Our state is like our mother and we must preserve her and our identity.

And that's what concerned Goans are trying to do at Tiracol (population: 300), the northern-most tip of Goa.

?There's a fierce battle being fought there with residents trying to ward off a Colin Montgomerie-designed 18-hole golf course being built by New Delhi-based Leading Hotels. The project includes the golf course and eco-tourism resort, at an estimated cost of Rs 505 crore.? ?Among the many protests against the project is the one on "Save Tiracol, save Goa movement" where protesters sing songs and play instruments to bring attention to the destruction of Goa. After demonstrations at the Panaji church, the Mapusa and Margao markets, the protestors were scheduled to take their battle to Tiracol village but it was postponed because of the death of Miguel Domingos Pereira, known to everyone as Dominic de Tiracol, whose feisty battle on the takeover of his land had made him the face of protests..

Dominic was a tenant in whose property the golf course is proposed, but unlike others, he had refused to part with his land. Incidentally, his name has mysteriously vanished from Form 1 and 14 — which make it clear that he was a tenant — and according to locals, the shock of seeing this deletion gave Dominic a fatal heart attack on July 9.

?The acknowledgement of his importance, even in death, to the cause became clear by the turn-out at his funeral on July 13, where apart from three MLAs, other politicians, a clutch of NGOs, even the Archbishop of Goa Filipe Neri Ferrao were present.? ?As a priest at the funeral said, "Dominic was a tiatrist, but in real life he was a true activist who fought the might of the golf course promoters, fighting against their bouncers (who allegedly warded off protests while trees were being felled to begin construction in May this year) and earth-moving equipment to save Tiracol and its environment."

Since politicians in Goa, whether the Congress or the BJP, which is currently in power, are seen as the biggest culprits in laying out the red carpet for "outsiders", it's left to the aam aadmi to fight to preserve Goa's identity, which, sadly, seems to be a losing one.

T?he project promoters got a foot in the door several years ago when Goa's longest Chief Minister, Pratapsingh Rane, was at the helm. And since then, slowly but surely, the golf course has been inching along and its current patron is Chief Minister Laxmikant Parsekar in whose fiefdom Pernem Taluka, Tiracol falls.

Even Parsekar's predecessor, Manohar Parrikar, currently India's defence minister, had justified the construction of a bridge to link Tiracol to the mainland while speaking in the Goa legislative assembly saying it was an "election promise". But there were no takers for his denials that the bridge was actually to help the project and that it was people living in Tiracol who had to go through Maharashtra to come to Goa. Of course, it begs the question why the bridge was not built earlier!

According to Dr Claude Alvares of the Goa Foundation, of the 13,80,000 sq. mts of Tiracol village, Leading Hotels have sale deeds giving them 12,50,000 sq.mts! Which is practically the entire village!

?On July 7, the Bombay high court bench at Goa admitted a public interest litigation challenging the various government approvals given to the golf course. The high court has adjourned the matter for granting of interim relief sought by the petitioners — Goa Foundation, Tiracol tenants and ?M?undkar association.

There are a few eating places that beckon not only tourists but Goans and of them, the most iconic are Hotel Souza Lobo and Infantaria Bakery in Calangute. The two eateries closed for a week last Friday when their proprietor Maria Santana Lobo died.

?The inimitable Maria had set up Souza Lobo back in 1975 (along with her late husband Joao Martires Lobo) when Goa was a paradise for locals and was host to a few international charters, mainly from Germany. Goa was far from the destination that attracts about 4 lakh foreign visitors and 24 lakh domestic tourists every year.

Her culinary skills were legendary and she turned out mouth watering Goan cuisine. Maria's chicken patty was to die for, evidenced by the rush at Infantaria.

?Even today if you have a yen for Goan cuisine and seafood, it's Souza Lobo, which is right by the sea, that comes to mind. And with Calangute now turning into a hub for domestic tourists rather than the international traveler, who put it on the map several years ago, these two eating places continue to be a draw. They will miss the presence of Maria?.?