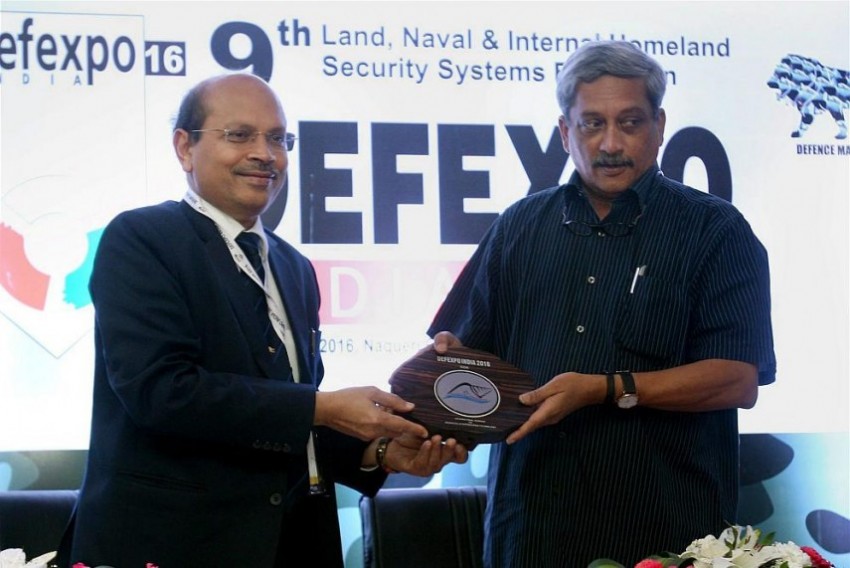 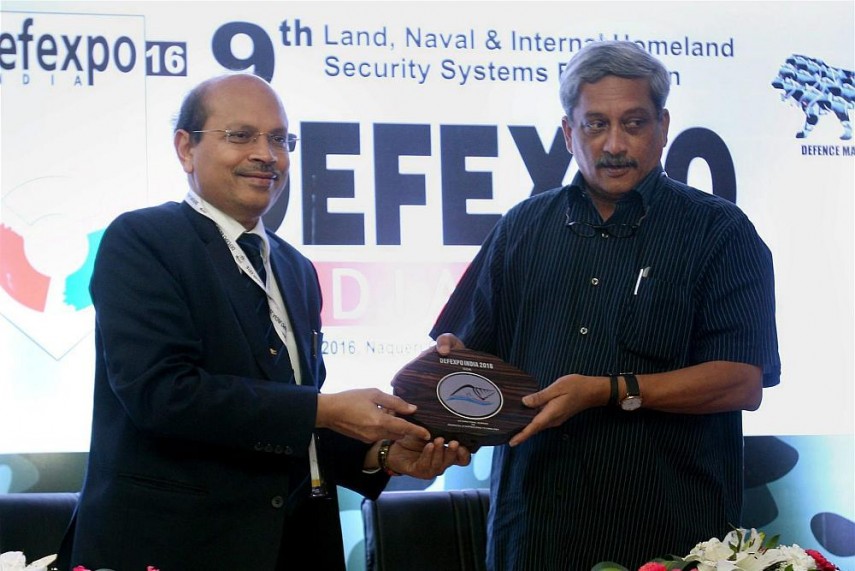 Goenkarponn (Goanness) is a word that one hears often these days. Only, the powers that be have their perspective and people have theirs and never the twain have met. The situation is further complicated because a BJP government is at the helm here and the Hindutva agenda is their template and hence you have the government tinkering with education, medium of instruction, even beef eating ( for a while last year before the government hastily backtracked) which is almost a staple in a Catholic home.

The people think that reclassifying the coconut which they see as representing the essence of Goa, into a weed that can be plucked and discarded is a travesty, but the government thinks cutting down coconut trees, for instance, in an area in Sanguem so a beer factory can come up is collateral damage to bring development.

The people holler, protest, write reams, sing agitational songs to stop acres of land being given away for a golf course (Tiracol in North Goa), for the DefExpo (currently underway amidst dark hints that the 150 acres of land at Quitol-Naqueri plateau in Quepem, south Goa, could take the shape of a permanent venue if people "consent" ), the third bridge over the river Mandovi that has run into trouble with the National Green Tribunal, the two marinas that are proposed — one over 1 lakh square metres at Sancoale Bay and the other over 1.5 lakh square metres at Nauxim Bay to attract well-heeled tourists that fishermen wail will ruin their livelihood and environmentalists protest will tear bio-diversity to shreds. The government's viewpoint is that the naysayers are few and dismiss them as the ones for whom development is a bad word. But the heart wants what it wants for the people who have lived on this land and they want Goenkarponn to be maintained.

Laying out the red carpet

In fact, Defence Minister and former CM Manohar Parrikar, while inaugurating the sixth edition of the DefExpo on Monday (March 28), a four-day biennial exhibition on Land, Naval and Internal Homeland Security Systems, claimed that "95 per cent of the state wants it to be the permanent venue because lots of locals have benefited". His reference is to 150 acres or 6 lakh square metres of the land on the plateau on which the Expo is currently being held.

His take is that the spin-offs from the maiden DefExpo are that Goa has a surge of tourists at a time when tourism usually dips, the injection of Rs 200-300 crore into the state economy, the benefit accrued when companies spend Rs 150 crore, the taxes to the government and business to the people."I am getting reports that shopkeepers have run out of stocks," he said.

Reports say DefExpo took off to an "exhilarating" start and surpassed all prior records despite the 20 days it had to lay it out after the protests lost steam. 47 foreign countries are displaying their wares, there are 204 foreign delegations, the contingent from the US is the biggest and is 94-strong, Russia has 71, United Kingdom has 46 and Germany has 39, unofficial delegates number 750. Compared to this, there were 368 companies and 511 delegations in DefExpo 2014. The exhibition also showcased India's capabilities (510 companies are participating) as well as its emergence as an investment destination in the defence sector.

If Parrikar was low-profile in his job so far, this exhibition has given him the chance not only to play Defence Minister in Goa but also like the "bhai" that he is referred to here which has burnished his image as the one who calls the shots on his home turf.

People will forget that when he was wearing the CM hat he had famously said that it was "easier to move the army to Lahore than out of Panjim" (while referring to the land that the army has in the heart of Panaji that it was coaxed to give up in exchange for a plot somewhere else) or even his other infamous tirade that he would not "part with even an inch of land" when the navy approached him for land at Dabolim where it runs the current airport. But as defence minister, Parrikar has done a flip flop — he wants 6 lakh square metres so the DefExpo can find a permanent home!

A case of sour grapes?

So a valid question is whether the agitation that is muted now but raged till last month was the work of "professional agitators" who make it their "dhanda"(business) to oppose as the BJP and some industrialists suggested. Without doubt the protest did bring together every Goan face seen in agitations against projects and also revealed that people living in and around the DefExpo site had mixed feelings. In fact, AAPs(Aam Aadmi Party) supporters got a taste of local resentment when they went to protest earlier this month.

A Quitol local shooed them away saying, "This is our land. We have lost it and now want the best use for it so our youth can be employed." Another local piped up, "This expo is for the benefit of the locals and we want it to happen."

Even the original landowners ( 8,83,000 sq.m. was acquired some years ago from the Quitol communidade by the Goa Industrial Development Corporation (GIDC) with the promise of an Industrial Estate where local youth would be employed but that did not happen) of the DefExpo site and Naqueri youth have made it clear that they are not against the expo.. The gram sabhas of the neighbouring villages of Bali, Fatorpa, and Morpilla did not oppose the DefExpo.

Then there was the Travel and Tourism Association of Goa (TTAG) which said, "The State needs more such events to keep attracting tourists both, international as well as domestic. This could arrest the decline of tourism and have a multiplier effect in terms of attracting international eyeballs and other intangibles."

And the final nail in the coffin was from the High Court last week which refused to grant ad interim relief to the petitioners — locals, Freddy Fernandes and Irene Lourenco, both members of the Orixtt Porjecho Avaz (OPA) — seeking a stay on the DefExpo. They had argued that they were not aware of the risks involved in hosting the expo and had said the Defence Ministry had refused to give them a detailed project report citing security reasons.

But the state argued that it had given a power point presentation (PPP) which was studded with facts.

The feeling refuses to go away that all the facts of the Expo was revealed only late last month and not when the frenzy was building up. There were many assumptions — for instance agitators said a runway would be built and no agency including the government disabused them of the notion. However, during the PPP there was superciliousness at the "ignorance" on display. That the biennial Aero Show in Bangalore needed a runway to showcase aircraft whereas, DefExpo was more grounded, in a manner of speaking.

But a spunky Freddy Fernandes told the court that nothing would stop him from a peaceful protest and he and his supporters have done just that.

Manohar Parrikar, waded into the Medium of Instruction (MoI) for schools controversy on the week-end — Goa is his weekend home but this week he stayed back to inaugurate the Defexpo — by saying, "Goans must understand that to maintain Geonkarponn … it is always better to learn in the mother tongue at the primary level … we have to save Goa and not become Englishmen!"

But the Forum for Rights of Children's Education (FORCE), which has long been fighting — and even went on a fast when the assembly was in session last year — for parents to decide in what language their children should study, had a sharp comeback. As FORCE general secretary Savio Lopes argued, since DefExpo was being held in Goa, then in keeping with Parrikar's definition of Geonkarponn, the official language at the event and publicity should be in Konkani, and in future, all national and international events held in Goa should use Konkani. Touche!

Last year, Savio Lopez was persuaded to call off his fast by11 MLAs, including from the ruling BJP, on the assurance that the MoI policy would be passed which would mean basically that the government would continue giving grants to all primary school including the ones teaching in English. But two assembly sessions have been held since that promise and no bill has been tabled. Last Saturday CM Laxmikant Parsekar, who heads the Select committee on the MoI, said that "he doesn't know when the Select Committee would take a decision on the bill and table it in the House"!

"The BJP government doesn't seem to know what it wants and what it is doing. All we have been fed is U-turn after U-turn on this issue, that has dragged and dragged ..," said a concerned parent.

By the way, Marathi outnumber Konkani schools five times. There are 31,359 students with Marathi as MoI as opposed to 6557 students whose MoI is Konkani.

Small comfort that the language on the street is Konkani although there is a historical battle between the Konkani scripts— Devanagari and Roman. And what that boils down to is a communal divide because Hindus use Devanagari and Catholics who use Roman. Also, English is also seen with a communal perspective by politicians. So if you want your child to have English as the MoI then you must be Catholic. And therefore, the BJP government has been dodging its undertaking given to FORCE particularly because the Konkani Bhasha Mandal is aggressive and largely made up of BJP's band of brothers.

Stand up for your rights

Sussegad (laidback) is a word often used to describe a Goan. But it's not a compliment — the sub-text is that a Goan is lazy and has no initiative. But last week, three Goans were anything but sussegad when they cleared an area of handcarts to create a space for parking.

What had steamed them up was that they were fined by the cops for parking on the road in Margao near the market. No entreaties that they had no choice because handcarts had encroached on parking space made a difference. What riled them to start with was when the encroachers refused to "adjust" and give them some space.

So gone were the hardcarts and in came the parking space at least temporarily!

A few days ago in Vasco-da-Gama, Goan fisherwomen who were being undercut by "outside" vendors of carts chased them and took back their spot!

'Hollowness Is Growing In India'