NCP chief Sharad Pawar plans to take the MVA winning formula to Goa and pitch for a stable government there. 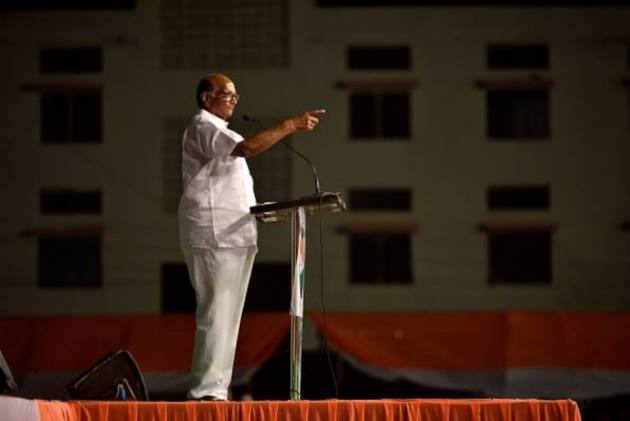 It is a state with 40 Assembly seats and two Lok Sabha seats. With a population of over 15 lakhs, only two districts and counted amongst the smaller states in India, Goa has found itself as the hot seat in Elections 2022.

Political parties of all colours and every size are vying for a slice of the Goan pie up for grabs on February 14, when Assembly elections will be held here. The political fluidity and the size of the state can be counted as the primary reasons for the political rush to Goa. The state’s past has been witness to toughly fought elections, where confrontations have been bitter and results were nail-biters. This time may not be different.

Yet, the leadership of eight national parties and their top leadership are working and reworking plans to win this state. It is not that winning Goa will change the political numbers for the contesting parties at the national level, but given the political fluidity and the defections from every political party to the BJP, a victory will spell dominance over the saffron party.

Probably with this thought in mind NCP chief Sharad Pawar is parachuting into Goa with his winning formula to keep the BJP away. Pawar, who conceived and stitched together an unusual political coalition – Shiv Sena, NCP and the Congress Party – in Maharashtra, is now ready to take this formula beyond the state’s boundaries into Goa, a close-by neighbour. The success of the Maha Vikas Aghadi experiment in Maharashtra is proof that three parties with opposing ideologies can work together and deliver results.

The Maratha leader is also keen on getting other parties under a common election umbrella. Sensing the distance between Mamata Banerjee and the Congress Party, Pawar has been in touch with both in an effort to bring them together. Mamata’s Trinamool Congress is making waves in Goa by spreading itself to as many corners as possible. The Congress Party has suffered a huge setback even before the poll process began. Fifteen of its 17 MLAs have defected to the Trinamool Congress and the BJP, leaving behind a crisis. Pawar is keen that Mamata and Sonia Gandhi leave behind their checkered past and forge an alliance in Goa. 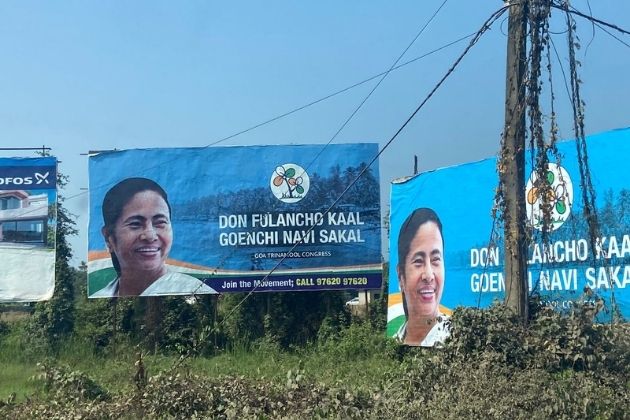 NCP leader Praful Patel and Shiv Sena leader Sanjay Raut have been tasked with the responsibility of getting the Congress Party and Mamata Banerjee together. Senior NCP leaders told Outlook that Pawar’s decision is a well-thought-of “doable” one. “If we contest as a major alliance there is no way the BJP can win. The votes cannot be fragmented, so we are offering the state a strong alternative through this pre-poll alliance,” said the leader. 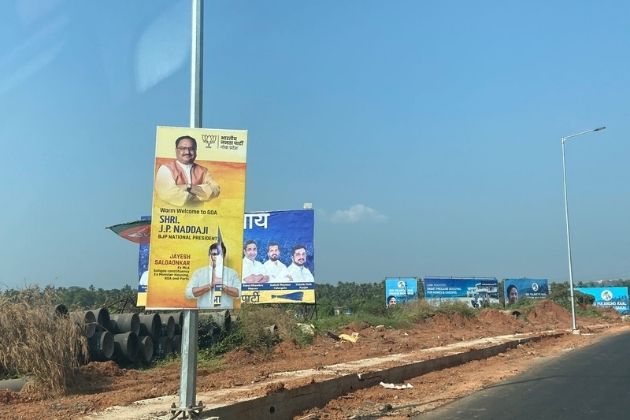 Konkani is the main language of Goa, which is widely spoken by 66 per cent of the people, followed by Marathi and Hindi. The other languages spoken here include Kannada, Urdu, Malayalam, Telugu, Bengali, Tamil, Gujarati, Odia, Bhili and Nepali. During colonial rule, Portuguese was the sole language spoken. Though Konkani is the official language of the state, Marathi gives it a very tough competition. Between 1985-1987, there were agitations by the pro-Konkani and the pro-Marathi groups fighting for the supremacy of the languages. When the agitation ended in 1987, the state government evolved a complex language formula – Konkani was granted the status of the official language and Marathi was allowed to be used for any or all official purposes. English is the language of opportunities and upward mobility.

The decade from 1960-1970 saw large-scale migration from Goa to Maharashtra and Karnataka. However, the migration started decreasing every decade since. Those who migrated to Maharashtra settled down largely in Sawantwadi, in the Konkan belt. The proximity between the two states has seen extensive movement amongst the people to both sides. A sizeable population living in the coastal areas of Maharashtra on the western belt speak Konkani in addition to Marathi. There is also a cultural closeness between the west coast of Maharashtra and Goa.

Given this history, Pawar’s political manoeuvre may bring in rich dividends for the alliance. The major challenge before the political contestants is to build and strengthen the trust factor and convince the voters that the “outside parties’ are not fly by night operators. “We are fed of electing people who do not do anything for us. All they do is run from one party to the other for money and power. We need jobs. Restart mining, give us back our jobs,” said Abhijeet Salelkar, who had to shut down his travel agency during the first Covid-19 lockdown.

Goa’s income is driven by the tourists and largely depends on their inflow. It has the highest per capita GDP amongst all the other Indian states. The beaches of Goa–Baga, Calangute, Palolem, Anjuna and Candolim - with their white grainy sand and colourful shacks are the revenue earners. The state has only two districts – North Goa and South Goa. 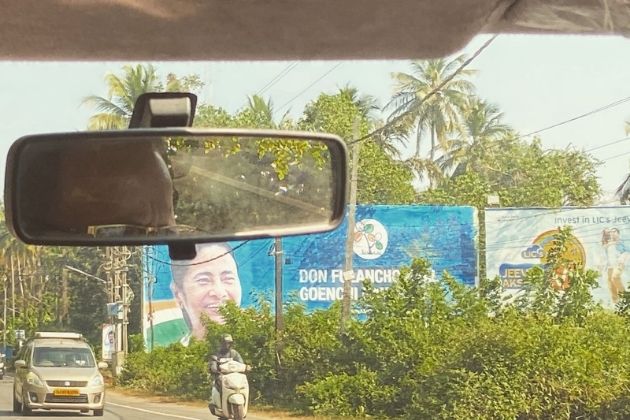 Goa accounts for about 12 per cent of all the international tourist arrivals in India. Tourism in Goa is focused on the coastal areas, while there is not much inland tourism. A bulk of the international tourists to the state come from Russia, Kazakhstan, the United Kingdom, Germany and the Middle East. The motorcycle taxis operated by drivers known as “pilots” form a unique and major form of transport here.

Goa’s known history dates back to the third century BC when it was a part of the Mauryan Empire. Subsequent rulers included the Satavahanas, Chalukyas, Silharas, Kadambas, Delhi Sultanate, Adil Shah, Vasco-da-Gama and the Portuguese. The Portuguese forced many residents to convert to Christianity by missionaries. To escape the harassment thousands of locals fled to the neighbouring towns of Mangalore and Karwar in Karnataka and Sawantwadi in Maharashtra.

The western ghats, which forms most of eastern Goa, have been internationally recognized as one of the world’s biodiversity hotspots. Goa has been compared with the Amazon and Congo basins for its rich tropical biodiversity. The state yields an abundance of minerals and ores including iron, bauxite, manganese, clay, limestone and silica. Mining forms the second largest industry after tourism. Agriculture has seen a steady decline in the past four decades. However, it offers employment to a sizeable population in the state. Though fishing is an important industry here, with declining catch, this sector provides employment to a small size of the population. The entry of the big fishing trawlers has reduced the catch over the years due to over-fishing. Unemployment is a huge issue in the state.

Since the death of former chief minister Manohar Parrikar, one of the strongest leaders the BJP had in the state, the party has faced the challenge of finding a leader of his stature, who is acceptable to all. The tenure of the incumbent chief minister Pramod Sawant has been mired with allegations of corruption and his inability to hold together the MLAs of the party. The disgruntlement quotient within the BJP’s elected representatives is very high.
There is talk that if Pawar is successful in establishing the grand alliance there will be no dearth of candidates for them. “Many from the BJP are in touch,” said another senior NCP leader. Given Goa’s fascination with the late Shiv Sena founder, Balasaheb Thackeray, this party too may find it easy to get candidates.

Right now, it is a close contest. As voters lift the hood and make their assessment, it is only time that will tell if the tyres stay put or skid off the election runway. Those in the MVA are confident that Pawar will not only walk the talk, but he will also deliver the talk too.