Why the Louis Berger scandal could be a game changer for Goa politics. 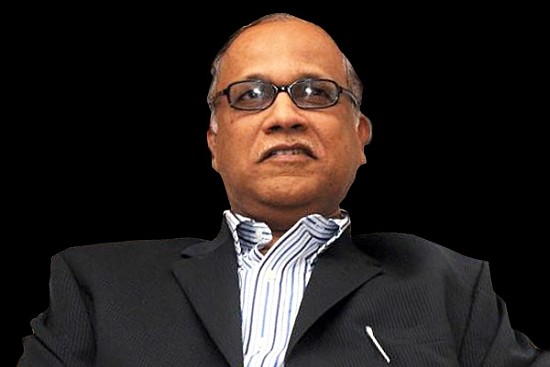 Sun, sand and corruption! That seems to be Goa's new mantra as another major scandal hits the state. It is Goa's own Watergate, and it has hogged headlines for nearly a month now, offering another example of how politicians here have shamed the people with their brazen acts.
? ?
This one ??could be a game changer.

Goa's politics has always been unstable — there were 15 chief ministers in 15 years between 1990 and 2005. Although, civil society is vocal and alert and comes out on the streets or participates in noisy gram sabha meetings in villages over local issues, or to demand government grants to schools having English as the medium of instruction, they have so far been helpless against political shenanigans.

The latest scandal involved an American company called Louis Berger International. It was part of a consortium for a project initiated by the state government to expand, rehabilitate and build water and sewerage facilities. The New Jersey-based construction company had admitted to paying
?$? 97?6?,000 in 2010 (then about Rs 45? crore?) in bribes for the JICA (Japanese International Corporation Agency) project.

When the contract was signed for the water project under the Congress and now under the BJP which came to power in 2012, he had been given six contract extensions at the behest of Loius Berger?. The company? claimed it wanted "continuity". So, although he retired in 2010 as PWD's principal chief engineer, when the project got off the ground, he was still the director of the project till his arrest late last month.

Wachasundar's testimony regarding the bribes has caused a sensation. "I am witness to money being given to Churchill Alemao, (Chief Minister for 18 days in 1990 and PWD Minister at the relevant time), by Louis Berger officials. On another occasion I was witness to Churchill driving me away saying that the bribe money given was less." This allegation made by former JICA director Anand Wachasundar (currently in jail) has Churchill cooling his heels in prison (ironically at the spanking new Colvale jail which he built as PWD minister) after he was arrested last week.

The former CM, Digambar Kamat, whose name made the rounds during the mining scandal, has also been implicated by Wachasundar. The latter dropped a bomb while being interrogated by the Crime Branch, which is investigating the Rs 1100 crore JICA scandal, "When I went to meet Digambar Kamat along with Louis Berger officials (whose indictment by a US court blew the lid off the scandal) he indicated that Churchill should not be the sole beneficiary to the largesse and that his share should be considered too".

Kamat was also indicted by the Crime Branch, in their submission before the District and Sessions Court while opposing his anticipatory bail plea. Special Public Prosecutor G D Kirtani (who resigned shortly after) told the court: "The accused applicant (Kamat) is also implicated in the mining scam by the Shah Commission report (which put the mining scam at Rs 35,000 crore) and Public Accounts Committee (which then Opposition leader and current Defence Minister Manohar Parrikar headed) and whose report put the illegal mining scam at Rs 3000 crores — it was a precursor to the Shah Commission and the ban on mining in Goa in October 2012 which was lifted last year, but mining has not resumed) for illegalities committed in the field of mining industry in Goa. This shows that he is a habitual offender involved in corrupt practices."

Three weeks into the scam four people have been arrested — Churchill, Wachasundar, Hawala operator Raichand Soni and former Vice-President of Louis Berger Satyakam Mohanty. But what is curious is that Chief Minister Laxmikant Parsekar, while refusing to hand over the case to the CBI is himself monitoring the case currently being investigated by Crime Branch.

What is interesting too is that the Congress is so much on the backfoot and so apathetic and divided, it has not shouted itself hoarse asking for a CBI inquiry which any opposition party worth its salt is wont to do. While the focus has been on Churchill and Digambar Kamath, both in the Congress, and some officials of Louis Berger, the Japanese companies of the consortium (the lead company was Nihon Suido Consultantss) and the Indian company Shah International have been totally ignored.

More and more it looks like the BJP is fixing the Congress with elections less than two years away. Also, the BJP, which got an unprecedented thumbs up in South Goa last time, was sitting far from pretty in the South with both Churchill and Kamat being powerful leaders. The south, Salcette taluka in particular, has been traditionally a Congress bastion, although in the last assembly elections in 2012, the BJP came up trumps because of the disgust with the Congress. Hence, the unprecedented hurry to fix Congress leaders.

Incidentally, the CM himself made a passionate plea for the pardon of former minister in the BJP government, Mickky Pacheco, convicted for six months in jail for slapping a government official. The point has been made that Pacheco, although known to be hot-headed and involved in other irregularities, has been made to pay while there are other politicians going scot free although embroiled in more serious scams.

But the BJP is Mickky's supporter only because of his political clout in south Goa, being a rival of Churchill. Mickky ducked the law for almost two months after his conviction was upheld earlier this year. No one believes he could have managed that unless the police was put on a tight leash by their masters. In fact, rumours did the rounds that he was hiding from police at Parrikar's bungalow in Delhi!