After years of defending the church, Fr Thelakat, former spokesperson of the Syro-Malabar Catholic church, is now asking for greater reforms. 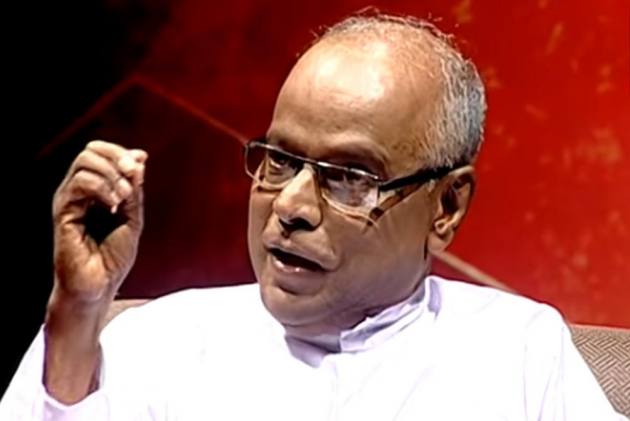 For the first time in India, five nuns took to the streets of Kochi in their religious garb, crying for justice and calling for the arrest of Jalandhar Bishop, Franco Mulakkal, who is accused of raping a nun in Kerala. The Nuns’ protest organised by the Joint Christian Council (JCC is a federation of Christian organisations seeking reformation in the church) also saw the presence of the former secretary to Cardinal Mar George Allencherry, Fr Tony Kallookaran and the former spokesperson of the Syro-Malabar Catholic church, Fr Paul Thelakkat.

Interestingly, Fr Thelakkat, had admonished this correspondent in 2012, for an Outlook cover story on the Catholic Church. In an email, he had said, “Any religious community needs much-needed reforms but the reformation your periodical suggests is consumerist market hedonism. No Christian will consider your article a thing of any worth when we think of reformation and renewal. You may get people of the same feather who see nothing good in the church except power and money. Did it ever come to your mind that no honest media in Kerala took these issues of sex allegations seriously? You are trying to make a mountain out a molehill.”

Much water has flown since then and nuns’ protest makes it to the front pages and primetime channel discussions everyday. Fr Thelakat too, after years of defending the church, is now asking for greater reforms.

The Sins Of Our Fathers: Why does India’s Catholic Church not walk its pious talk?

In an interview with Outlook, Fr Thelakat speaks on reformation, the Church act and the existential crisis facing the church:

Let me begin by asking you that after years of being the spokesperson of the church you are treading a different path. What changed?

I am an ordinary priest of the church, I try as best I can to live a commitment to Christ and I love the church as his body. I am a person who tries to follow Christ who never feared anyone but God alone. Every decision is tormenting for it has to be for Christ and for human beings. Every decision is a cutting away of something or someone which is paining. So I know that I am always on slippery ground. Church is the people of God who are sinners on the way to holiness.

In the hierarchy how powerful is the Bishop?

He is head of the diocese he is entrusted with. A local ordinary bishop who is the head of diocese has all administrative powers vested in him, but all persons in the church are under the Canon laws. A bishop is not a monarch or autocrat but he is circumscribed by different canonical and other bodies in diocese. Above all he is the spiritual head.

When can the Pope defrock a Bishop?

Pope can, provided he has sufficient reasons to do it, for that he needs objective investigations by trusted people. The Pope can dismiss a bishop but as I wrote this must be based on factuality and not based on fiction of mind created to tarnish someone. A basic principle is no body can be punished by hearsay stories but with objective foundations. It is not based on public opinion which may be created out of hatred and animosity. There can be also maligning campaign against individuals in power. In the same way, those in power may abuse power and persecute people and continue to do it with power of authority and money of the church.

In the recent years we have seen a few evictions from the Catholic Church but usually done after court cases and media focus? Your comments.

In recent years I have seen in the church, instances of morally corrupt persons ascending the ladder of power so easily through manipulating influences. I have seen unworthy persons elected to power by calculated campaigning even in the church circles. In the church there is the menace of God-fathers who circumvent the investigations and deposit their men in power who prove unfit as time takes its course. Such men are bringing disrepute to those who surrender their lives in the service in the church with utmost honesty and saintly fervour.

The Catholic Church is facing an existential crisis and these immoral activities are worsening the situation.

Yes, it is facing a critical period of history, instead of becoming counter culture in a consumerist culture the church is seen succumbing to the same consumerism of self-indulgence. The corruption of sex, power and money enter the sanctuary. The fall from celibacy still is a hot news, for it’s the exception and not the rule. And so many celibates live their celibacy churning their sex urge to sublime love. But some have no courage and the moral power to resist the evil ones fail to give moral leadership. That is where Pope Francis is different.

Isn't it time there's more democratic process in place like the enactment of Church Act? And more power to the laity.

In the church, authority must function as service; transparency is must in the exercise of authority. There must be eternal vigilance on the corruption of power; this must be both from above and from below. The future of the church is in the laity, they have to be inducted in every area of the church and their expertise must be used with Christian perspective. In the future church Kerala laity will have prominent roles to accomplish, for nuns and convents may disappear, number and quality of priest may diminish and laity will have to take the roles.