"In the days to come, its allies will part ways from the alliance. NDA agenda has assumed divisive proportions" 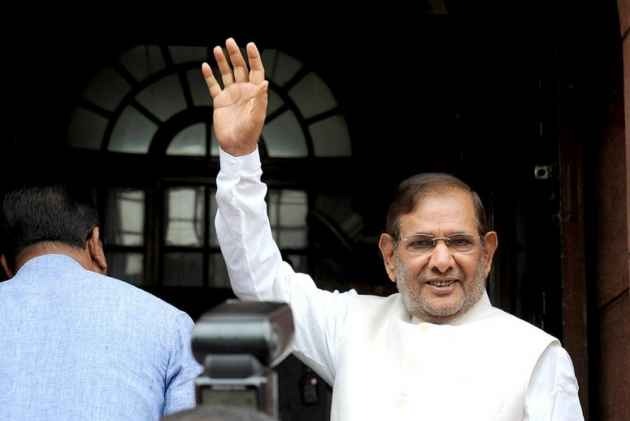 Terming the ruling NDA at the Centre as a sinking ship, former JD (U) MP Sharad Yadav said today that in the days to come all allies will part ways from the BJP-led front as the reverses in Gorakhpur and Phulpur were just a "trailer" of the things to come.

"NDA is a sinking ship. In the days to come, its allies will part ways from the alliance. NDA agenda has assumed divisive proportions. After the Shiv Sena, the TDP has also left NDA. Soon, no one will be left in NDA," Yadav told reporters here.

Recalling his time as the NDA convenor, under the leadership of Atal Bihari Vajpayee and Lal Krishan Advani, Yadav said then it had a "national agenda".

"Now this agenda has turned out to be divisive. The present government at the Centre is dividing people in the name of religion," he alleged.

Accusing UP Chief Minister Yogi Adityanath of using unconstitutional language and actions, Yadav said the defeat of BJP in Gorkahpur and Phulpur bypolls was just a "trailer".

"The people will show them their reality during the 2019 polls," he said adding that he was touring the country for a grand alliance to "save the Constitution".

A number of parties are coming with me, he said adding that he will meet BSP chief Mayawati soon.

About his fight with the JD (U), Yadav said he was contesting a case in court and also in the Election Commission and added he was also exploring the name of his new party as well.

Yadav had earlier met SP chief Akhilesh Yadav and had a political discussion with him, SP spokesman Rajendra Chowdhury said.