Less than a week ago, Khan had penned a letter from inside the jail, appealing for justice which had allegedly been denied to him by the state government. 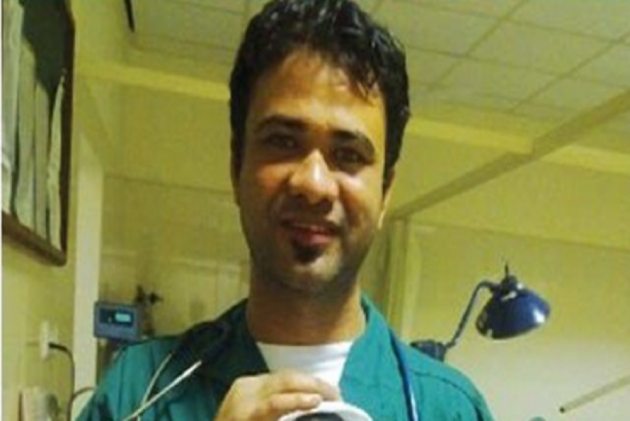 The Allahabad High Court today granted bail to Dr Kafeel Khan who was arrested over charges of corruption and in connection with the death of over 30 children in BRD hospital in August last year.

The court said since a chargesheet has already been filed, there is no need of his custody.

Khan, a former doctor at Gorakhpur’s Baba Raghubar Das Medical College Hospital, had been charged with culpable homicide over the death of 30 children at the state-run hospital in August. The police had later dropped  corruption charges against him for lack of evidence.

He was the in-charge of the paediatric wing at the hospital when the children died, allegedly due to shortage of oxygen after a private company cut supply over a payment dispute, bringing severe ignominy to the Yogi Adityanath government. The government, however, blamed the deaths on Japanese encephalitis and acute encephalitis syndrome. Khan was hailed as a hero for rushing to arrange over 250 oxygen cylinders in a short span of time where the government machinery had failed. Hours later, he was arrested.

Less than a week ago, Khan had penned a letter from inside the jail, appealing for justice which had allegedly been denied to him by the state government.

“The moment I got that WhatsApp message on that fateful 10 August 2017 night, I did everything a doctor, a father, a responsible citizen of India would/should do. I tried to save each and every life which was in danger due to sudden stoppage of liquid oxygen. "

“Sometime, I ask myself, “Am I really guilty?” And the answer pops out from the core of my heart – a big NO," he wrote in the letter.

“Yogiji was angry because – how this incident came into the media. I swear to my Allah, I did not inform any media person that night. They were already there that night itself.”

Early this month, the Indian Medical Association called him a 'victim of conspiracy' and demanded his release.