Mandaviya said reports of the Central teams have already been shared with the states for necessary actions. "With the concerted efforts of Central and state governments, the number of dengue cases has now started declining," he said. 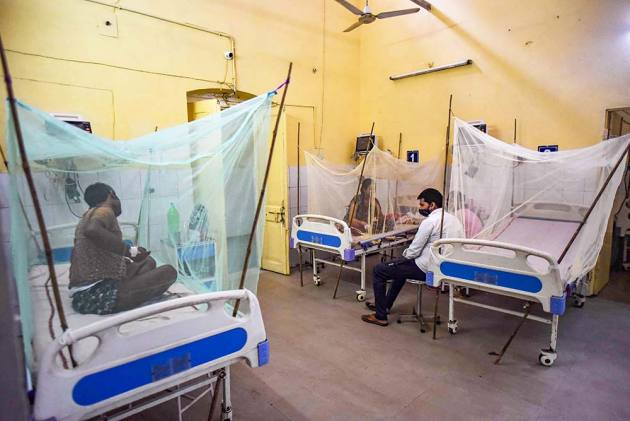 Union Health Minister Masukh Mandaviya informed the Rajya Sabha on Tuesday that India reported 1,64,103 dengue cases during 2021 as against 2,05,243 cases in 2019 and has maintained a case fatality rate of less than one per cent since 2008.

Replying to a question, he said the Union government continuously monitors the dengue situation in the country and there is no scientific evidence to suggest any specific relation between dengue and COVID-19.

On whether the government has assessed the "alarming" dengue situation in the country, he said multidisciplinary Central teams were deputed to Gujarat, Haryana, Punjab, Kerala, Madhya Pradesh, Maharashtra, Odisha, Rajasthan, Tamil Nadu, Tripura, Uttar Pradesh, Telangana, Uttarakhand, Delhi and Jammu and Kashmir from August 28 to November 19 this year. The teams observed that sufficient diagnostics kits, medicines, insecticides, fogging machines and funds were available with the states and Union Territories, the minister said.

Vector control measures and case management were also largely adequate. Central teams have recommended that the states should take adequate proactive measures for source reduction and vector control, ensure early case detection and effective management of the cases, he said.

Mandaviya said reports of the Central teams have already been shared with the states for necessary actions. "With the concerted efforts of Central and state governments, the number of dengue cases has now started declining," he said.

The minister told the House that no scientific evidence is available to suggest any specific relation between dengue and COVID-19 infection. To ensure continued services for the management of dengue cases, the Centre has shared with all states and Union territories the national guidelines on dengue case management during the Covid pandemic, developed in consultation with experts, he said.

Mandaviya said 15 advisories were issued from time to time in 2001 to states and Union territories for the prevention and control of dengue in 2021. Free diagnostic facilities through 713 sentinel surveillance Hospitals and 17 apex referral laboratories identified across the country are fully functional, he said.

Besides, 7.26 Lakh IgM tests have been provided by the Government of India. Additional fund has also been provided to states for procurement of NS1 kits for early diagnosis, the minister added.