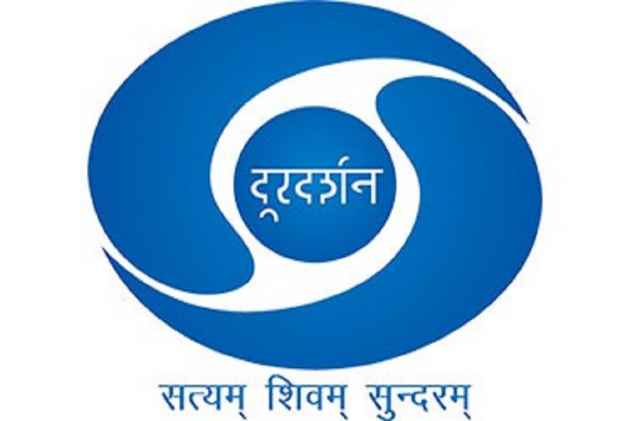 The government is planning to revitalise the Doordarshan, according to Information and Broadcasting and Textiles Minister Smriti Irani.

The minister confirmed this while answering a question by a participant of the CyFy 2017, organised by Observer Research Foundation.

She was participating in the valedictory conversation with CyFy chair and ORF Vice President Samir Saran on Wednesday night.

Earlier, she spoke of the government's problems in improving the functioning of the Doordarshan as it is under the jurisdiction of an autonomous body, the Prasar Bharti.

However, the minister made it clear that she would also like the Doordarshan to be a good, world-class channel which Indians around the world can look forward to as channels like CNN or BBC. But she said the government can only provide all support, as Doordarshan is managed by an autonomous body.

The minister said "yes" when a participant asked whether the government is planning to revitalise the Doordarshan.

The minister said the government is also planning promoting positive storytelling and added that it will promote film "Lunchbox" at the coming Goa International Film Festival.

She said India has got lots of very good actors, writers and other creative artists who are capable of making world-class films, but the problem arises when the producer looks at the balance sheet.

The minister opined that the Social Media by and large have brought balance with the main media, immediately criticising biased articles and commentaries in newspapers which were not possible a decade ago.

She agreed with what former Swedish Prime Minister Carl Bildt had said on the first day of the conference: The norms and values of the internet should be the values and the norms of society. "We want to live in free, open and secure society."

Earlier, new NITI Ayog Vice Chairman Rajeev Kumar felt there is a need for the Reserve Bank of India to interact with the industry to solve the problems following digitalisation. He said there has to be a happy balance between customers, industry and banking and financial institutions.

Gulshan Rai, the National Cybersecurity Coordinator at the PMO, said the government is in the process of reviewing the 2013 cybersecurity policy.

He impressed on the need for the nations to work closer and sort out issues at the international level. He said banning products from particular countries are not the solution.

Chandrasekhar, Member of Parliament, said a new world of consumer expectation and innovation will require a new regulatory architecture. "We need a new policy framework that looks beyond licensing. Especially for new areas of governance like machine learning and IOT," he said.

He pointed out that capacity in regulators is insufficient to deal with disruptions in industry. "New legislation must align their design with changes in the market and in technology."

Saying governments in India often emphasis national security against the interests of free speech and privacy, Chandrasekhar said what we need is "governance 2.0, which involves embedding more technology into government".

Many speakers warned against the thinking of creating cyber weapons.

Former Swedish Prime Minister Carl Bildt said the world we are living in are much more vulnerable than we are aware off and these cyber assault weapons would make the world worse even. "Stay away from cyber warfare. It is very very dangerous and unimaginable," he said.

Talking of the nuclear threats from North Korea and US's counter threats, Bildt said nuclear wars are much worse than the biological wars and asked "where are we leading to?".

He said while many may be overwhelmed by pace of tech development now, "I argue this is just the beginning of where we are heading. What we are seeing is the last days of the industrial age and the beginnings of the tech age." Bildt said within five years, we will have 95 percent of world population covered by mobile broadband with capacity better than what is available in Europe today.

According to him, security is important in society, but freedom is more important. We need to build societies that have both. They are not incompatible. There should not be undue surveillance, censorship but states have some responsibility, under clear and transparent parliamentary supervision, he said.

"We are the security of the internet," Bildt said.

The former Swedish PM said states are powerful enough to do things that others can't. Every state has the ability to be a superpower in the digital world. "Norms should be there for every state: don't do to other states, what they can also do to you." States must understand they all have equal potential of power in the digital world, thus there is a balance, he said.

Former Dutch Foreign Minister Uri Rosenthal said when internet is in motion, we see competing narratives, which the itnernet will have to adapt to and evolve.

Adam Segal, Director of the Digital and Cyberspace Policy Programme, Council on Foreign Relations, said we are seeing the consolidation of the Chinese model, a whole new range of controls on tech, ban on VPNs, real name registration, implementation of cyber security laws, brand new diplomatic initiatives with one belt, one road.

He said while every state in virtual realm has more power than they do in real world, China is one of the most important states shaping the future.

"We are seeing restructuring of powers based on tech giants and governments," he said.

The inaugural address was delivered by Mr Ravi Shankar Prasad, the Minister of Information Technology and Law and Justice.

As ORF Chairman, Sunjoy Joshi, summed up at the valedictory session that this year's CyFy was designed in such a way to provide interplay of digital technology, security and media.