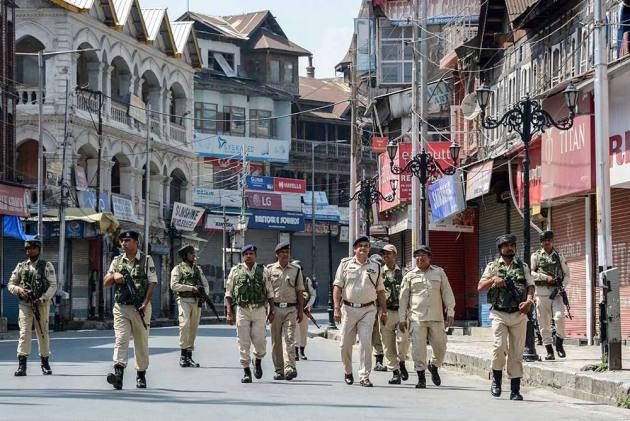 The Government informed Rajya Sabha on Wednesday, after the abrogation of Article 370, the number of terrorist incidents in Jammu and Kashmir dipped to 496 from the 843 cases reported with the same span of 841 days prior to the abrogation.

Minister of State for Home Affairs Nityanand Rai said during April 16,
2017 to August 04, 2019, 843 terrorist incidents were reported in Jammu and Kashmir in which 86 civilians and 78 army personnel were killed.

During the period August 05, 2019 to November 22, 2021 (841 days after the abrogation), 496 terrorists incidents have been reported from Jammu and Kashmir in which 79 civilians and 45 army personnel have been killed."The overall statistics shows that there has been decline in terrorist attacks on civilians and army in Jammu and Kashmir," Rai said.

Rai further said that the incidents of infiltration and terrorist attacks have decreased significantly since 2018 in Jammu and Kashmir.