On Monday, the Home Ministry announced setting up of two high-level committees to suggest ways and legal framework to effectively deal with incidents of mob violence and lynching. 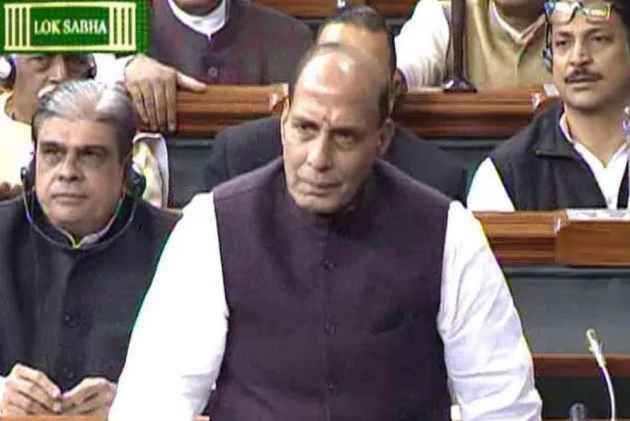 The government will enact a law, if necessary, to curb the incidents of lynching, Home Minister Rajnath Singh said today amid Opposition outcry over the growing number of such cases.

Singh also said the government has taken the issue seriously and would look at taking stringent action against the culprits, as the ruling coalition faced a scathing attack from the Congress, the Trinamool Congress and the Left parties in the Lok Sabha over the rising cases of lynching.

Opposition members created a din during the Zero Hour and many of them rushed to the Well, as a visibily peeved Speaker Sumitra Mahajan allowed some of the leaders to raise the issue after papers were laid.

Responding to the concerns expressed by the members, Singh said the government would enact a law, if necessary, to curb the incidents of lynching.

On Monday, the Home Ministry announced setting up of two high-level committees to suggest ways and a legal framework to effectively deal with incidents of mob violence and lynching.

The committees were set up a week after the Supreme Court asked the central government to enact a law to deal with incidents of lynching and take action on mob violence.

Singh also said that lynching incidents have been happening for years and mentioned that the biggest lynchings happened in 1984 -- a remark that elicited strong protests from the Congress members.

In the latest incident, a 28-year-old man was lynched on suspicion of being a cow smuggler in Lalawandi village in Rajasthan's Alwar district on Saturday last.

As soon as the Zero Hour began, Opposition members, led by the Congress and the TMC, sought to raise certain issues and expressed unhappiness over not being given an opportunity.

Congress leader Mallikarjun Kharge was heard saying it was "not a BJP house but the Lok Sabha."

Kharge along with some party members as well as those from the Trinamool Congress, the TDP and the RJD trooped into the Well. After a few minutes, they went back to their seats.

Kharge demanded that a sitting Supreme Court judge should carry out an enquiry into the lynching incidents and take action based on the report.

As he mentioned the lynching incident at Alwar, the Speaker said some of his remarks about it would not go on record.

Expressing expressed concern over so many incidents of lynching, Deputy Speaker and AIADMK leader M Thambidurai urged the Centre to come forward and stop such incidents.

There is a need to study the root cause of such incidents and asserted that the first priority should be "law and order", he said.

"Why is this (lynchings) happening? What is intelligence doing?... What is the role of the Centre," he asked.

CPI(M) member Mohammed Salim said a lot of hatred was being spread in the country through such incidents, as he took a swipe at the government by citing various instances, including the recent attack on Swami Agnivesh in Jharkhand.

Earlier when the listed papers were laid, Mahajan disapproved the protests by the agitating members before she allowed some of them to speak.

Noting that she had already said that opportunity would be given to raise the issues, Mahajan said they should have some sense. The Speaker also cautioned the members against "politicising" everything.

Left members were seen displaying placards with messages such as 'Stop murder of democracy in Tripura and West Bengal'.