'Governments Will Break This Country'

We forget that during the independence struggle, freedom fighters could speak publicly. 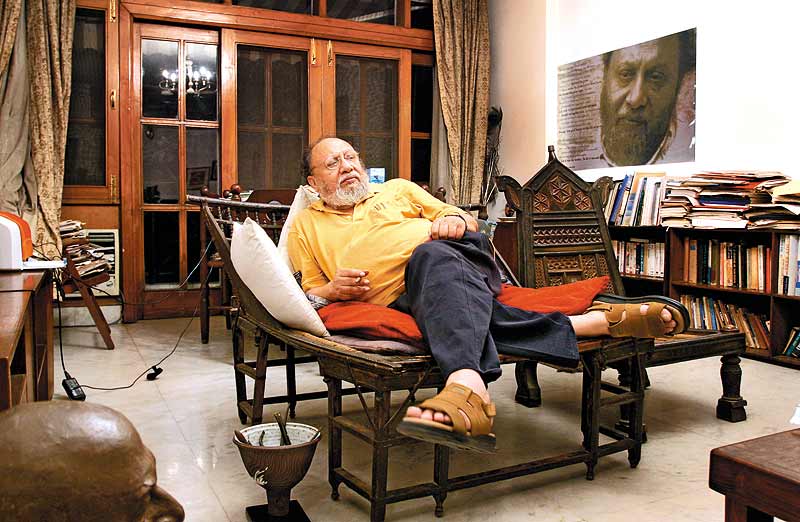 The legislation on sedition is a colonial law. The two main national political parties are happy to use the law whichever way they want. The political class wants to use it irresponsibly. The British at least did not use it as widely as we are using it now; they allowed the freedom movement, publication of books critical of them and they didn't insist on this much of obedience.

We forget that during the independence struggle, freedom fighters could speak publicly. But now if five villagers, who have not even perhaps come out of their village ever, protest against a nuclear plant, they are slapped with sedition charges. This is absolutely absurd and silly. Governments of whichever political party will break the country this way and not JNU students.

Whatever is happening is very short sighted. I was brought up in Calcutta and this kind of demonstration by the Left was common at that time, including high rhetoric of revolution and demand for radical changes in the system. But I never saw the people, including the police as tense, nervous and partisan as now. The ruling regime against whom there was a demonstration also took it easy.

Unfortunately that political skill has definitely diminished; that capacity to handle hundreds of students is not visible at all. What kind of attitude is this? They cannot even tolerate extreme statements of students who are, maybe, of the age of their grandchildren. Even late CN Annadurai of the DMK who was claiming to secede from India, was treated with more respect and these people cannot stand 20-25 year old children. This is a shame.

This shows total ineptness in governance and a total inability to build a dialogue that can make sense to both sides and bring down tempers. The government is also behaving like a students' movement and lawyers like a mafia band.

Ashis Nandy is a sociologist and clinical psychologist, He is a Honorary Fellow at CSDS, Distinguished Fellow of the Institute of Postcolonial Studies, Melbourne, and a member of the Global Scientific Committee for Higher Education (UNESCO).

(The views expressed in the Freedom Series are personal and do not necessarily reflect the views of 'Outlook' magazine or its journalists.)