In the termination order of Safiya Majeed, the principal of the medical college, Dr Brij Mohan, referred to a 'viral video' showing Safiya’s WhatsApp status. 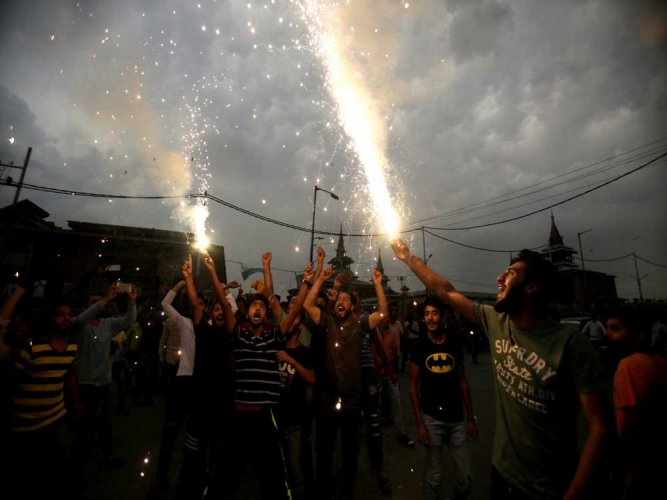 A government hospital employee in Jammu and Kashmir has been terminated from service for allegedly posting a WhatsApp status ‘celebrating’ Pakistan’s T20 World Cup victory over India, the latest in a series of crackdown in different states over similar acts seen as “disloyalty” to the country.

The terminated employee, Safiya Majeed, was working as an operation theatre technician at the Government Medical College and Hospital in Rajouri. It was not clear what she posted in her WhatsApp status. The principal’s order issued on too did not disclose the contents of her ‘status’.

In his termination order, the principal of the medical college, Dr Brij Mohan, referred to a “viral video” showing Safiya’s WhatsApp status. However, Outlook has been able to access the alleged video or seen the WhatsApp status.

The principal’s order also warned other employees to desist from being “disloyal to the nation”. Besides her WhatsApp status, Safiya has also been found guilty of failing to report for duty after a five-day leave period.

Police have also registered two separate FIRs against students of two medical colleges in Srinagar for celebrating Pakistan’s win. The FIRs were lodged after a section of social media users trolled the two students for their “celebratory” posts. The police have registered the cases under the stringent Unlawful Activities Prevention Act (UAPA).

“Why such anger against Kashmiris for celebrating Pak’s win? Some are even chanting murderous slogans-desh ke gadaaron ko goli maaro/calling to shoot traitors. One hasn’t forgotten how many celebrated by distributing sweets when J&K was dismembered & stripped of special status,” Mufti said, alluding to celebrations after August 5, 2019, when the government revoked Article 370.

“Let’s agree to disagree & take it in the right spirit like Virat Kohli who was the first to congratulate the Pakistani cricket team,” she said in another.