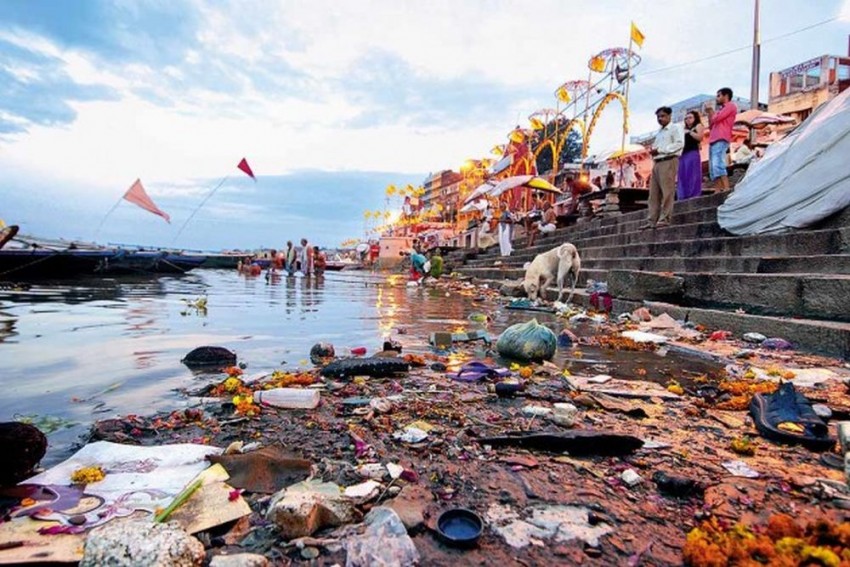 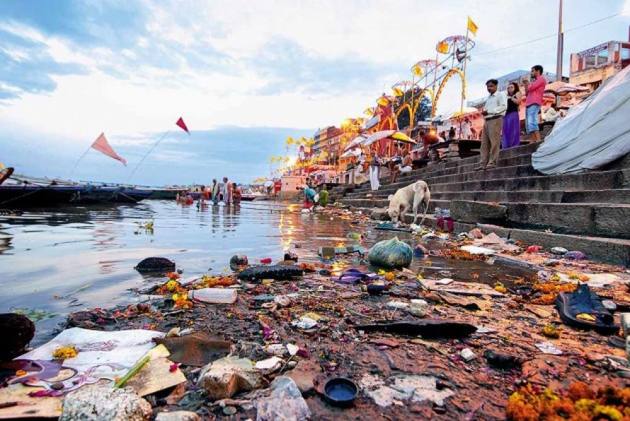 Union Minister Nitin Gadkari on Sunday said that the government intends to complete 200 projects for ghats and crematoria, realising the dream of a "nirmal" and "aviral" Ganga by March 2019.

Also, the Centre is taking various measures to ensure ecological flow or the minimum quantity of water at different stretches of the Ganga, he said.

"A total of 227 projects have been taken up for the Ganga for sewage infrastructure, ghats and crematoria, river-front development, river-surface cleaning and bio-diversity conservation, among others, at a cost of Rs 22,374 crore," Gadkari, who holds Ganga rejuvenation and water resources portfolio among others, told PTI in an interview.

He further said that making the Ganga "nirmal" (cleaner) and "aviral" (free-flowing) is his dream and his ministries were taking a slew of steps in this direction.

Earlier this month, the government had mandated the minimum ecological flow in the river Ganga and its tributaries required to be maintained at different points in different areas round the year with the aim of ensuring water quality and environmentally sustainable rejuvenation.

The directive also requires hydropower projects along the river to modify their operations in order to comply with the notification.

"The government plans to complete 151 ghats and 54 crematoria projects by March 2019," Gadkari, who is also in-charge of road transport and highways ministry, said.

Besides monitoring water quality at 138 locations, each at the interval of 20 km, projects have been taken up for 24x7 cleaning of ghats at Varanasi, Bithoor, Kanpur, Allahabad, Mathura, Vrindavan and Haridwar to avoid solid waste disposals in the river, he said.

In addition, under the bio-diversity conservation plans, several projects are being implemented for conservation and restoration of indigenous and aquatic species of the Ganga like Gangetic dolphin, river otters, turtles and aquatic birds, the minister added.

The gazette notification on October 10 with regard to ecological flow of the Ganga water specifies flow requirements at various stretches including from origins in the glaciers to Haridwar besides the main stretch from Haridwar in Uttarakhand to Unnao, Uttar Pradesh.

He said the directive on ecological flow for the river would result in an unhindered and continuous flow of the river water as it will ensure at least the minimum required environmental flow of water even after its stream gets diverted by projects.

The minister said the notification also provides for direct release of additional water in the river Ganga to meet special demand as and when required.

"The concerned central and state authorities shall implement demand side management plans to reduce water withdrawal from the river Ganga by adopting good and scientific practices such as efficient method of irrigation, reuse and recycle of water including monitoring and regulation of ground water withdrawals for various purposes," the notification mentioned.

The minister last month said that cleaning works would start getting remarkably noticeable in another six months, and had claimed "transforming the river that was the distinct cultural identify of the nation was close to his heart".

Enunciating the work for sewage infrastructure, the minister had said: "Massive initiatives have resulted in rich dividends and we have successfully created capacity to treat 1,700 MLD sewage."

The cities located by the side of the river produce 2,950 MLD sewage and if steps to purify the water were not taken this in another 15 years will reach 3,600 MLD.

He said there were 97 cities, which were polluting the river with 10 including Haridwar, Kanpur, Allhabad, Varanasi, Patna, Bhagalpur and Kolkata contriubting 65 per cent of the pollution in the river.

Besides, Gadkari has said 48 new cities have been identified on either side of the Ganga and its tributaries for projects to clean the river.

The government had in May 2015 approved Rs 20,000 crore under its ambitious 'Namami Gange' -integrated Ganga conservation mission - programme for five years.

The minister said massive preparations were also on for commencement of cargo operations in Ganga.