Govt Schools In Punjab Are In Bad Shape, Seek People's Support For Improving Them: Arvind Kejriwal

Without naming anyone, he said, "For 75 years, these political leaders and parties deliberately kept the government schools in a bad shape so that the poor and (people from) SC brotherhood cannot progress”. 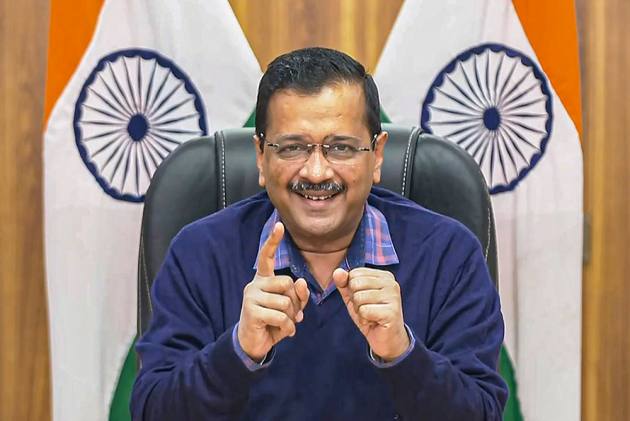 Scaling up the inter-state spat on school education, AAP leader and Delhi Chief Minister Arvind Kejriwal on Sunday said government schools in Punjab are in a bad shape and sought people's support to bring his party to power in the state to improve the condition of the educational institutions.

"In Punjab, the state of education is very bad. Government schools are in a bad shape. There is no study at all in government schools. Punjab's teachers are very good, but they are sad. In government schools in Punjab, 24 lakh students from poor, Dalit, SC community study. Think about what is the future of these children?” Kejriwal said in a video message.

Punjab goes to polls early next year and Aam Aadmi Party is looking to wrest power from the ruling Congress. Notably, ruling Congress and AAP leaders have in recent weeks exchanged barbs on the state of education in their schools in Punjab and Delhi.

Earlier this month, Punjab Chief Minister Charanjit Singh Channi had called his Delhi counterpart Kejriwal a "power greedy outsider" who wants to rule the state and accused him of misleading Punjabis.

In his video message, in which he spoke in Punjabi, Kejriwal said earlier the condition of government schools in Delhi was also pitiable, “but we improved their condition”. "Now, those schools have improved to such a level that this year 2.5 lakh students of Delhi shifted from private schools to take admission in our government schools,” he said.

"Shouldn't Punjab government schools be good like Delhi? But Channi sahib says that Punjab schools are very good when compared to the national-level and there is no need to improve them,” he said. Kejriwal asked the people whether they thought Punjab's government schools were the best in India.

Without naming anyone, he said, "For 75 years, these political leaders and parties deliberately kept the government schools in a bad shape so that the poor and (people from) SC brotherhood cannot progress”.

"I don't know politics, but I am worried about the future of 24 lakh students studying in Punjab government schools. We will not allow their future to be spoiled more. We will improve the condition of these schools and build grand ones." "We will give a golden future to these children. We only need your support,” he told people of Punjab.

In a bid to woo the Scheduled Caste community ahead of the Punjab assembly polls, Kejriwal during his visit to Hoshiarpur district had on Tuesday promised to provide free education to their children, besides bearing their coaching fees for higher studies, if his party comes to power. Punjab has nearly 32 per cent Dalit population.

Kejriwal, who has in recent weeks increased his visits to the poll-bound state, asked the gathering to vote for the Aam Aadmi Party once, saying they had given many chances to rival political parties, the Congress and the Shiromani Akali Dal.