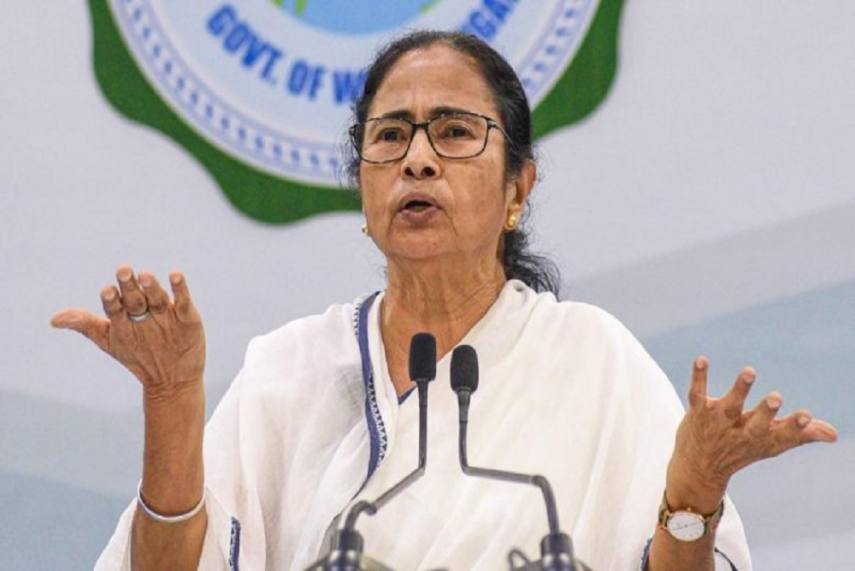 West Bengal chief Minister Mamata Banerjee on Tuesday lambasted the BJP and alleged that the Centre is selling government property. She further said that the BJP is merely making “tall promises” to the people of West Bengal even while the party reneged on promises made in its manifesto for the Assembly elections in Assam and Tripura.

The TMC chief made the comments while addressing an election rally in Bengal’s Purulia district.

Banerjee also hit out at the saffron party over the issue of employment and claimed that the BJP governments in the two northeastern states have rendered thousands of government employees jobless.

Claiming that the Centre is planning to sell many nationalised telecom firms and banks, national air carrier Air India and state-run companies in other core sectors like defence production, she said that thousands of employees will face an uncertain future owing to this.

"They (BJP government) are closing down all central concerns. Only one factory will be there, that of Narendra Modi's lies and the BJP's fraud," she said.

Banerjee asserted that she is not afraid of any intimidation and will fight back if threatened.

"I will not let go of an inch of land without a fight. We will fight, khela hobe (game will happen)," the TMC boss said, asserting that she will "break, but will not bend".

She asked the TMC's women supporters to make use of their cooking utensils like ladles to throw out "outsider goons" from the state during the eight-phase elections to be held between March 27 and April 29.

She has on several occasions accused the BJP of bringing in outsiders to the state for the assembly elections in West Bengal.

Pointing accusatory fingers at the BJP again for an injury she suffered in the leg at Nandigram during campaigning on March 10, Banerjee, who has been addressing public meetings sitting on a wheelchair since then, said that she will continue to fight on one leg.

"The BJP was thinking that it injured Mamata and so she will not be able to go out. But it doesn't know me. I can play the game with just one leg and kick the ball out of the field," she said.

"I will hit the ball with one leg in such a way that you (BJP) will vanish from Delhi too," the TMC supremo said.

The chief minister claimed that she has done everything for the development of the state.

The high prices of fuel have put a huge burden on the general public, she said and demanded that the Centre provide cooking gas to people for free.

Alleging that electronic voting machines could be tampered with to help the BJP win the election, she asked TMC polling agents to check the EVMs twice on poll days and guard the machines till May 2, the date of counting.

"If members of the central force ask you to leave, tell them that you respect them but they should not work for Modiji," Banerjee told party workers.

She also cautioned them not to accept food offered to them by BJP supporters and workers.

"They may mix sedatives in the food to make you fall asleep and taking advantage of that, they may cast votes in their favour in EVMs," she said.

Prime Minister Narendra Modi recently said that the TMC supremo is anticipating defeat in the elections and that is why she has started questioning the functioning of EVMs which has brought her to power twice.

Banerjee questioned why central government departments will not come under the Election Commission in the five states where assembly elections will be held when the states administration is run by the poll panel.

The TMC chief claimed that police personnel are being sent to Bengal for the elections from BJP-ruled states.

She said that Jharkhand Chief Minister Hemant Soren will address public meetings in Purulia and Bankura, which have a sizeable Adivasi population, in support of the TMC.