'Govt Should Stop Withdrawing Criminal Cases Against Its Leaders And Ministers,' Says Mayawati

The government in power has not done anything to check 'Jungle Raj & Mafia Raj' created By their own people, says Mayawati 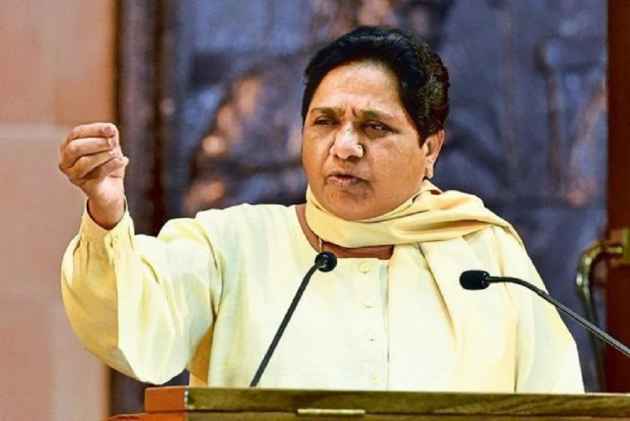 BSP president Mayawati today lashed out at the Uttar Pradesh government for "wasting" funds in the name of the Investors Summit, saying they "could have been put to better use" for the welfare of the poor and downtrodden.

'The Investors Summits have become a fashion for the BJP governments to spend people's hard-earned money like water...It could have been put to better use for providing the much-required help to the poor, downtrodden and youth, among others," the BSP chief said, reacting on the two-day Investor's Summit-2018, which ended yesterday.

Terming the summit as an attempt by the BJP government to divert people's attention from problems like inflation and unemployment, the BSP chief said it seems that governments consider holding summits as the "biggest service to the people and the means to resolve all pressing problems".

Asking the government to improve the law and order first as no investor will be investing in the state with such problems, she apprehended that the UP summit might eventually turn out into a "political showbiz".

"The law and order cannot improve only through police encounters...The government has not taken concrete steps to check the 'jungle raj' and 'mafia raj' created by its own people, but has wrongfully tried to withdraw criminal cases against its leaders and ministers...This policy of withdrawing cases will further spoil the law and order situation," she said.

Stressing that providing peace and security was the prime responsibility of any government, Mayawati said the "BJP governments have failed to do so because their intentions and policies are guided by hatred, violence, communalism and casteism".

The BSP chief claimed that "people have now have lost faith in Prime Minister Modi as well as the state governments as the list of their failed promises, including the one of depositing Rs.15 to 20 lakhs in the bank accounts of all which had helped them in the 2014 Lok Sabha polls, has grown long".

"The government is trying to mislead the people by claiming that MoUs worth crores have been signed....How can any businessman set up units in all the BJP-ruled states to please the BJP leaders," she asked.