Govt’s Sports Legislation A Masterstroke Or Ploy To Bail Out BCCI?

Attorney General tells Supreme Court that Centre was ‘mulling’ legislation, which many fear could be a ploy to hold up Lodha panel recommendations 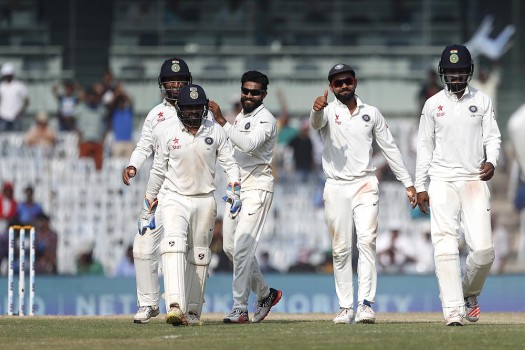 Even as the Supreme Court on Tuesday deferred a decision on appointing a panel to oversee the transition phase in the BCCI, Attorney General Mukul Rohatgi dropped hints that the central government was mulling bringing sports legislation.

This disclosure by Rohatgi was something that some people in favour of implementing the Lodha Committee recommendations in the BCCI have feared. Their fear that the government would try and delay the implementation of the recommendations seems to be coming true.

The bill aims to streamline sport administration in India, including cricket, and that includes legislations like determining the upper age limit age of officials, their tenures, and their being answerable under the RTI.

It was the first time that someone from the government had admitted that the national government was indeed mulling legislation like that. But how serious is the government about it only time will tell. Or, as some people wondered after Tuesday’s hearing, it was a ploy to further buy time.

The Supreme Court was to name the administrators that would oversee the transition in the BCCI on Tuesday, based on the names submitted by the amicus curiae, senior advocates Gopal Subramanium and Anil Dave. But when the BCCI counsel Kapil Sibal and centre’s AG also wanted to suggest some names, the court agreed. It said that they can submit the names in a sealed envelope by Friday while fixing January 30 as the next date of hearing.

The court also asked the BCCI counsel to suggest names of three officials who haven’t been disqualified as per the Lodha Committee recommendations to attend the International Cricket Council meetings in the first week of February.

During the hearing, the bench made it clear that the judgement of the previous bench, headed by the just retired Chief Justice of India, TS Thakur, wouldn’t be altered.

Also on Tuesday, the Hyderabad Cricket Association (HCA) said that it would conform to the Lodha Committee recommendations at a Special General Meeting on February 26.

“You are aware the Hyderabad Cricket Association has adopted the Justice Lodha (Retd.) Committee reforms in the Special General Meeting held on Sunday 20th November 2016 at HCA registered office at Rajiv Gandhi International Cricket Stadium, Uppal, Hyderabad, and unanimously passed the resolution to adopt the recommendations of the Justice Lodha Committee,” the HCA said in a statement.

“Necessary amendments to the Memorandum, Rules & Regulations would be carried out to bring it in terms with the Judgment of the Hon’ble Supreme Court passed in Civil Appeal 4235 of 2014 (Board of Control for Cricket in India vs Cricket Association of Bihar & Others) dated 18th July 2016,” it said.