While most of the cards were damaged beyond recognition, around 157 partially damaged ones, which had the unique identification number intact, were found. 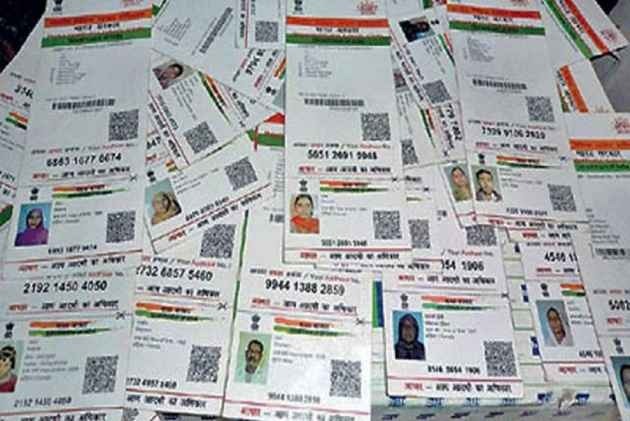 A group of youth found hundreds of Aadhaar cards dumped in a well in the district while they were cleaning it, an official said today.

The district administration has ordered a probe into the matter, and an FIR has also been lodged against officials of the postal department, he said.

The youth had volunteered to carry out the work of desilting the well, located in the premises of a temple in the Shinde Nagar area, when they found some plastic bags inside it on March 11, the official said.

On opening the bags, to their surprise, they found hundreds of original Aadhaar cards, mostly of the residents of Lohara village, located on the city's outskirts.

While most of the cards were damaged beyond recognition, around 157 partially damaged ones, which had the unique identification number intact, were taken in possession by tehsilar Sachin Shejal.

Following a complaint, Yavatmal Collector Rajesh Deshmukh asked the tehsilar to conduct a probe into the matter and give him a report.

"We will not spare anyone who is found guilty of negligence," the collector said.

After the panchnama, the tehsildar filed an FIR yesterday at the Awadhootwadi police station against unidentified officials of the postal department.

According to Shejal, he has taken possession of 157 Aadhaar Cards on which the identification numbers are visible. The cards belong to the residents of Lohara village, he said.

"I have ordered the local municipal authority to check other abandoned wells in the city also and find out if Aadhaar cards or other important documents, sent to the postal department for prompt delivery, have been dumped there," the tehsilar said.

The recovered cards were issued between 2011 and 2014 by the Unique Identification Authority of India (UIDAI), he said.