The written exam for the recruitment of 186 head clerks was held at different centres across the state on December 12 by the Gujarat Subordinate Service Selection Board (GSSSB), with nearly 88,000 aspirants appearing for the test. 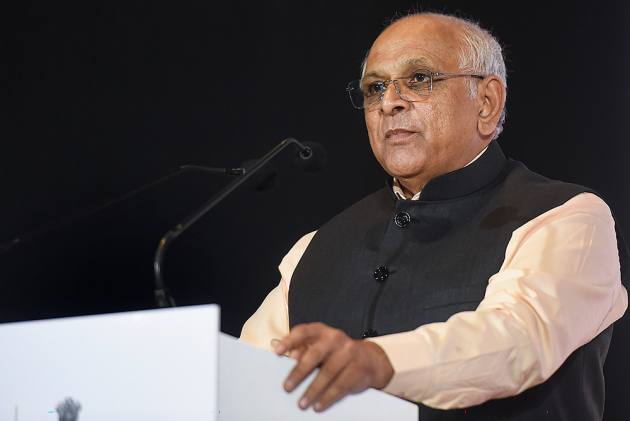 The Gujarat government has cancelled the recently conducted written test for the recruitment of head clerks following leak of a question paper ahead of the exam, Gujarat Minister of State for Home Harsh Sanghavi said on Tuesday. Meanwhile, police said they have arrested the main accused in the case.

The paper leak case will be tried in a fast track court to "set an example", Sanghavi told reporters in Gandhinagar after a meeting with Chief Minister Bhupendra Patel. He said the CM took the decision to cancel the exam in the larger interest of nearly 88,000 candidates who had appeared for it. "A fresh exam will be conducted in March 2022 in a more transparent manner and using a different method. All the candidates who had filled up forms for the previous test will be considered eligible for the new test," the minister said.

The written exam for the recruitment of 186 head clerks was held at different centres across the state on December 12 by the Gujarat Subordinate Service Selection Board (GSSSB), with nearly 88,000 aspirants appearing for the test. Meanwhile, the Gandhinagar police on Monday night arrested Jayesh Patel (39), claimed to be the main accused in the entire conspiracy behind the exam question paper leak.

He was subsequently handed over to the Sabarkantha police, as the FIR in connection with the crime was registered at Prantij police station there, Sabarkantha Superintendent of Police Neeraj Badgujar said. Two candidates - Ritesh Prajapati and Ronak Sadhu - who had appeared in the exam after obtaining the leaked paper from Jayesh Patel and his associates, were also nabbed by the Sabarkantha police on Monday night, the official said.

With this, so far 14 people have been arrested from different parts of the state in connection with the case, he said. The FIR was lodged at Prantij police station a week back under Indian Penal Code Sections 420 (cheating), 409 (criminal breach of trust) and 120-B (criminal conspiracy), he said. "Jayesh Patel is a native of Unchha village in Sabarkantha and was on the run after his name surfaced in the paper leak case. We have also arrested two candidates - Prajapati and Sadhu - who had used the leaked paper. While Prajapati offered to pay Rs 12 lakh, Sadhu had agreed to pay Rs 5 lakh for the paper. However, the money was yet to be paid," the police official said.

Two other persons - Deval Patel and Satish Patel - both associated with Jayesh Patel, are still on the run and police teams are formed to nab them, he said. The police investigation has so far revealed that Jayesh Patel and other accused persons allegedly managed to acquire the question paper from the manager of a printing press before the exam. They allegedly sold it to over 15 candidates and also helped them in solving the paper at various locations a day before the exam.

The paper then reached various candidates, who were divided into three groups and taken to three different locations near Prantij on December 11 by Jayesh Patel and others to solve the question paper. On the examination day, the accused persons arranged transportation to drop these candidates to their respective examination centres, the FIR said. Notably, the issue of paper leak surfaced a day after the exam was conducted when Gujarat Aam Aadmi Party (AAP) unit's youth wing leader Yuvrajsinh Jadeja alleged that the question paper was leaked prior to the exam. As proof, he had shared a photograph of a notebook page having handwritten answers of some of the questions asked in the exam.